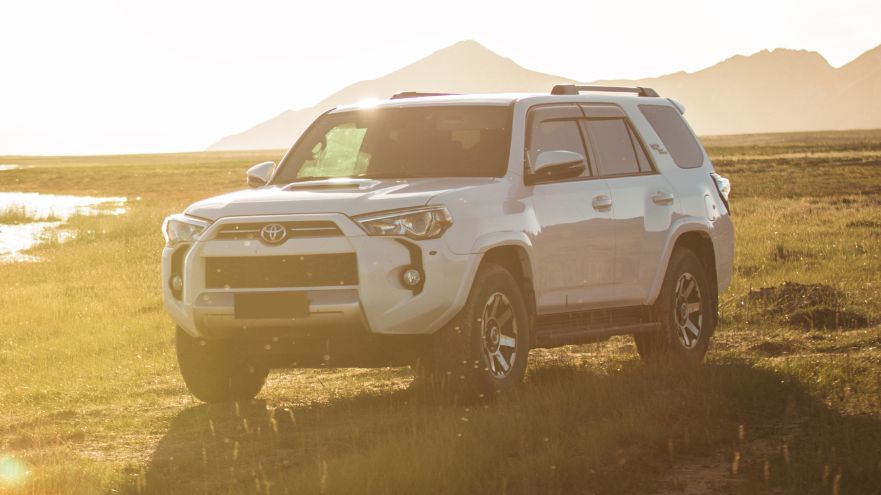 Toyota 4Runners are known for their unique off-road ability, spaciousness, and driving experience.

But do 4Runners get good gas mileage? And how does their gas mileage compare to similar SUVs?

In this article, we’ll answer the most common questions regarding the 4Runner’s gas mileage.

Are 4Runners Good On Gas?

Even when compared with a fellow mid-size SUV such as the Honda Pilot (20 mpg city / 27 mpg motorway) the 4Runners fuel economy isn’t great.

Why Are 4Runners So Bad On Gas?

Simply put, 4Runner’s are so bad on gas because they are extremely heavy and shaped like a box. They therefore require much more power (and therefore fuel) than lighter and more aerodynamic cars.

Which 4Runner Has The Best Mpg?

According to the U.S. Department of Energy, the 2012 Toyota 4Runner 2WD has the best MPG at 17 mpg in the city and 23 mpg on the highway.

How Does The 4Runners Gas Mileage Compare To Its Competitors?

Let’s see how the Toyota 4Runner stacks up against other mid-size SUVs.

Even with a more impressive cargo space and towing ability, the Tacoma’s fuel efficiency outclasses the 4Runner’s. Owners of Tacomas conserve more fuel than their 4Runner peers for city travels; 16-17 mpg and 18-19 mpg for the 4Runner and Tacoma, respectively. The Tacoma also comes out on top for motorway drive with a rating of 22-24 mpg, compared to the 4Runner’s 19-21 mpg.

Info on the EPA’s website shows that the Toyota Tundra’s mpg ratings got worse with time, going from 19 mpg to 17 mpg for highway travel. While inner city travel reduced went from 15 to 13 mpg. The 4Runner is almost as poor, but its fuel efficiency rating has been more consistent for the last five years. 4Runners have a city mileage of 16-17 mpg and a highway mileage of 19-21 mpg.

Data published on fueleconomy.gov shows that the Traverse and 4Runner have nearly similar fuel consumption rates within the city. The Traverse miles per gallon rating has fluctuated between 15 and 18 mpg for the last five years, while the 4Runner alternates between 16 and 17 mpg. On the motorway, the Traverse excels with ratings of 22-27 mpg while the 4Runner’s efficiency is poor at 19-21 mpg.

Asides for its spaciousness, the Sienna is a wonderful traveling car because of its fuel economy. The mileage of the Sienna has steadily increased over the last half-decade, hitting between 18 and 36 for city journeys. In comparison, the 4Runner didn’t improve with 16-17 mpg ratings within the same period. The Sienna outshines the 4Runner in highway mpg ratings of 24 to 36 mpg, compared to the latter’s 19-21 mpg.

The large family size SUV, Chevrolet Suburban, is just as poor as the 4Runner in fuel efficiency. Driving a Suburban through the city can get you 14-16 mpg compared to the 4Runner’s 16-17 mpg. For highway journey, the Surburban’s scores an mpg rating of 19-23 mpg while the 4Runner achieves 19021 mpg.

The Highlander is reputed for its mobility and class-topping gas mileage despite its three-row capacity. The EPA reports that the Highlander mileage within cities varies between 19 and 21 mpg. The highway mileage is even more impressive, with a 26-28 mpg rating. In contrast, the 4Runner falls behind in the mpg ratings for both city (16-17 mpg) and highway (19-21 mpg).

How To Increase Mileage On A 4runner?

You can improve your 4Runner’s fuel economy by changing how you drive and following the best practices listed below:

How Big Is A 4Runner Gas Tank?

Every 4Runner model has a 23-gallon gas tank.

How Much Does It Cost To Fill Up A 4Runner?

How Far Can A 4Runner Go On A Full Tank?

However, it’s important to note that most people will not get these numbers. Factors such as traffic, cargo, driving habits, terrain, and tire pressure will all impact the number of miles you can go on a full tank of gas.

How Far Can a 4Runner Go On Empty?

Most 4Runner owners have reported doing an extra 30-50 miles on ‘empty.’ Most 4Runners have between 2 and 4 gallons of fuel left in the gas tank before the indicator light signals a warning.

Fuel lights are usually pretty conservative as they were to make sure that the driver manages to get fuel before running out and damaging a fuel pump.

You can increase the distance your 4Runner goes on empty by driving slowly, decreasing revs, and turning off your air conditioning.

9 Reasons Your Toyota 4Runner MPG Is So Low

Even though 4Runners are not well known for their stellar gas mileage, some drivers find that their 4Runner is not getting the mpg that it should be.

Here are 9 reasons why your 4Runner is getting low