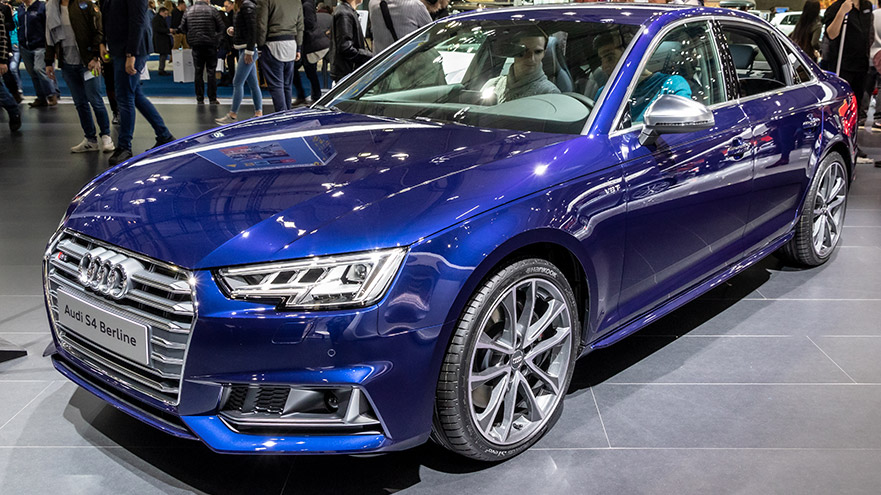 The Audi S4 is known as a high-performance luxury vehicle.

It is the sportier option compared to the Audi A4 and has six cylinders instead of four with a powerful 349 horsepower.

However, consumers are also concerned about reliability when it comes to their next vehicle purchase.

So, are Audi S4s reliable?

The Audi S4 is slightly less reliable than its competitors. Still, you can expect an Audi S4 to last over 100k miles without any significant repairs and up to 200k or 14 years as long as you take it in for regular maintenance and service.

Read on to find out the specifics about the reliability of the Audi S4 and some of the concerns that owners have had about the vehicle.

How Reliable Is the Audi S4?

The reliability scores for the Audi S4 are a little bit mixed.

RepairPal gives the Audi S4 a measly 2.0 out of 5.0 for reliability.

This is because the repair cost is higher than other vehicles and the frequency and severity of repairs are also higher.

Consumer Reports highlights the performance as a high point but also criticizes the steering and steep repair costs.

You can expect an Audi S4 to last at least 60k miles with only routine maintenance.

However, many owners have no problems until well over 100k miles.

After that, as long as the car is well-maintained, you can expect it to last up to 200k miles.

Related Article: Are Audis Good in the Snow? (Answered)

Do Audi S4s Have Any Problems?

Most of the problems that Audi S4s have prior to hitting 100k miles are not very costly.

However, there are a few problems that are more common than others.

The most-reported problem is water pump failure, which is an easy and relatively affordable fix.

Some of the other minor issues include problems with the fuel pumps, ignition coils, chain tensioners, and ignition systems.

A lot of owners have trouble with misfires caused by bad coil packs.

This usually occurs between 40k and 50k miles in an Audi S4.

It can lead to fuel buildup in the cylinder leading to cylinder misfires, rough idling, and poor acceleration.

Most of the problems happen in the Mechatronics unit and cost $4k and up to repair.

This type of failure can lead to poor shifting between 1st and second gears.

If this is to be a problem, it will likely occur sometime after 20k miles.

Why Are Audi S4s So Cheap?

Used Audi S4s tend to be cheap because repairs on Audis with higher mileage are expensive.

Most problems tend to happen after 50k or 100k miles and owners often trade them in at that point in order to avoid rising maintenance costs.

How Reliable Are Audi S4s Compared To Other Cars?

If you are thinking about purchasing a new or used Audi S4, you probably want to know if it is reliable when compared to competitors.

Let’s take a look at the Audi S4 compared with some of the most common alternatives.

Most owners and experts agree that the increase in price to the RS4 is worth it for reliability if you can afford to pay the cost.

While they both have similar minor problems, specifically water pump and fuel pump issues, the frequency and severity of repairs for the S4 are much higher after 50k miles.

RepairPal gave a 3.0 out of 5.0 rating for the RS4 and the average repair costs are also lower.

The reliability of the Audi S4 and the Audi S5 is comparable.

This is because they are basically the same car except the S4 has two more doors.

According to RepairPal, which gave both a score of 2.0 out of 5.0, both models fall short when it comes to reliability.

Reliability scores for the BMW are slightly higher than with the Audi according to RepairPal.

Still, their reliability is very similar and most people do not have any issues in the first 50k to 100k miles as long as you maintain the vehicle properly.

Are Audi S4s Expensive To Maintain?

German vehicles, including the Audi S4, are generally more expensive to maintain and repair than other brands.

The average annual maintenance costs for the Audi S4 come to $1171.

This is substantially more expensive than the overall average vehicle repair cost of $651 per year.

Compared with other German luxury car brands, Audi S4s cost around the same amount to maintain.

For example, the average maintenance cost for a BMW 340i is $1035 annually and the Mercedes-Benz S550’s average yearly repair costs total $1249.

Compared with U.S. car makers like Ford and Dodge, the replacement parts for an Audi S4 may seem expensive, but they are typically less expensive than other German luxury brands.

Remember that parts usually make up 80 to 120 percent of the total cost of repairs and service.

What Audi S4 Year Is Most Reliable?

The most reliable year for the Audi S4 is 2012, but it is good to look at the reliability for each year to get an accurate picture of the changes.

The 2004 Audi S4 is fairly reliable, especially considering its age.

It is moderately reliable and more reliable than some of the other years.

While some owners have multiple issues, the most common issues are minor for 2004 Audi S4s.

The 2005 Audi S4 is known to be moderately reliable when compared to models from other years.

While the most frequent problems are minor, owners have also had issues with the engine and transmission.

Compared with other luxury midsize vehicles from 2010, the Audi S4 is somewhat less reliable.

This year is less likely to have a high resale value compared to other models and years.

2012 is the most reliable year for the Audi S4 and you can expect it to perform well with only minor repairs until you have accumulated a significant amount of mileage.

After that, the frequency of severe problems is less than in other generations of the S4.

Most of the issues are minor, but some owners have experienced brake problems and rattling in addition to minor complications.

The 2014 Audi S4 is very reliable and typically does not cause severe problems at low mileage as long as the owner maintains the vehicle properly.

Not only are these the most frequently repaired years for minor servicing, but they also experience more problems with the engine, brakes, and transmission compared with other generations of the vehicle.

When cared for properly, the Audi S4 does not cause any problems before hitting 100k miles.

At that point, many owners question the reliability, more so than vehicles made by some of Audi’s competitors.

However, for many people, the biggest issue is the high cost of repairs and parts.

Taking care of the vehicle can limit the repair costs and extend the life, but you should take all of the information into account before purchasing an Audi S4.