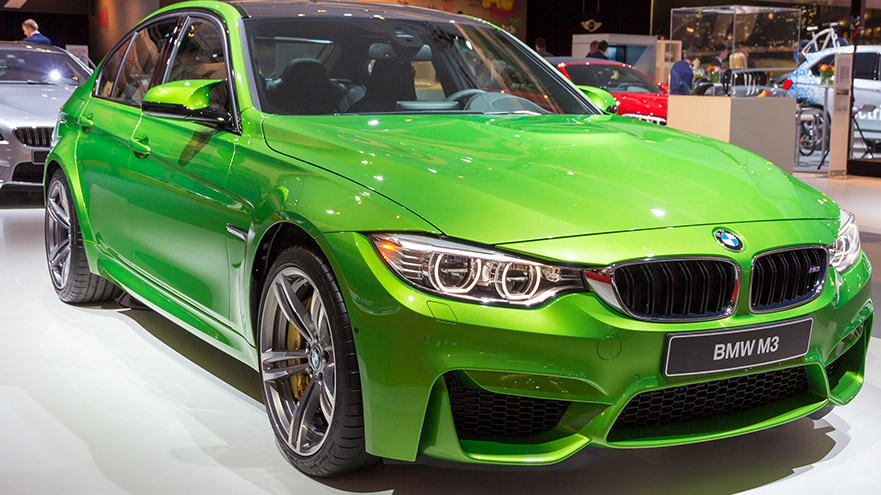 The BMW M3 is an upgraded version of the BMW 3 series that was developed in the motorsport world in 1986.

Known for being a high-performing car it has been turning heads thanks to its upgraded engine, enhanced aerodynamics, and a 0-60 mph of 4.1 seconds.

But How Reliable is The BMW M3?

Compared to other luxury cars, the BMW M3 gets pretty poor scores when it comes to reliability. RepairPal rates it 2 out of 5 for reliability, which ranks it 29th out of 31 mid-size luxury cars. That said, it’s one of the most reliable BMW models.

Read on to find out how long you can expect this sporty BMW to last, as we reveal the common problems and compare it to other models in their range.

Oil changes are a must but when lubricated properly, many owners get a full 200k out of the engine.

It’s not unusual for owners to get another 50,000 miles out of their M3 but this is ambitious.

Expect to see a 15-year-old M3 from time to time but these are likely to be models that have been maintained to a high standard, sticking to the manufacturer’s recommendations for maintenance.

Do BMW M3 Have Any Problems?

It is unusual for any car to wrack up a certain number of miles without needing some sort of work.

Even the most reliable German cars have their issues.

If you are considering buying an M3, there are a few things to look out for.

There has been two engine recalls from BMW, the first for the 01-03 model.

This was because of oiling issues that led to engine failure.

It is always a good idea to check if the second-hand M3 you are considering has been through the recall and had the work done.

Be sure by checking the VIN at a local BMW dealer.

The second recall wasn’t as common and was to do with faulty seals on the VANOS solenoid.

Other common faults include leaks in the power steering hose, sometimes with multiple leaks at once.

Any model older than 2006 may experience failures in the fuel pump which will lead to a replacement being required.

A noisy differential is another common fault with the BMW M3.

A rubbing noise when going around tight corners is a sign of this and it can be fixed with a specialty BMW oil, although many will need to be replaced.

How Reliable Are BMW M3 Compared To Other Cars?

One survey found the m3 to be among the most reliable BMWs.

The statistics are based on how often it requires maintenance, cost of repairs, and long-term reliability among other metrics.

BMW are some of the most expensive cars to own which is reflected in the average repair costs of the M3 that come in at $1,161.

To put that into context, Mercedes AMG costs around $908 a year in maintenance.

The Audi RS5 has an average repair cost of $1,164 so there isn’t a lot between the two models.

A Porsche Cayenne costs an average of $1,231 in repairs.

However, compare this to Audi in general, and a BMW is 19% cheaper on maintenance.

Unexpected repairs can be costly with any luxury sedan, so with an average of 2.43 repairs over 3 years, things can get pricey with an M3.

Anyone buying a BMW M3 will always be tempted by the more expensive and upgraded M4.

Still, this results in costly repairs with a faulty fuel pump is one of the most common culprits.

The M2 makes for a desirable option because of its reliable engine.

Such faults are considered rare which is why they regularly make it to 200,000 without too many issues.

As a daily driver car, the M2 is hard to beat, especially when considering the average repair costs of $329.

The M5 was ranked 5th in cars most likely to reach 150,000 miles according to a study by iSeeCars.com

Maintaining the M5 will be expensive though, with an average of anywhere between $95 and $5,365.

Are BMW M4 Expensive To Maintain?

There is a lot under the bonnet that gives it the power to make driving a joy.

Although this is a compact executive car, expect average maintenance of $8,038 in the first five years of ownership.

(https://www.edmunds.com/bmw/m4/2019/cost-to-own/) Combine this with the repairs of around $2,561 and you are looking at a significant hit in the pocket.

This is what increases the price of any luxury car, and the M4 is no exception.

Repairing the brake rotors and disc replacement costs around $400, which is $265 for parts, plus labor.

To compare this to a similar model, an Audi RS5 should cost around $390 for the same replacement, so there isn’t a lot in it.

What BMW M4 Year Is Most Reliable?

It is always a better idea to shop for an M4 with a warranty, the repairs are on the expensive side after all.

Still, some models are more reliable than others, a 2019 M4 is relatively low in maintenance and repairs compared to other models.

Its $10,508 maintenance cost over 5 years makes it an attractive option compared to older models.

This is one of the more reliable models, with the common complaints being no different although repairs are likely to reach $7,754 over 5 years, and maintenance will be around $12,351 over the same time.

Considering the age, this isn’t as high as some of the more recent models, making it a valid option.

Another version that can hit you in the pocket without proper maintenance.

Considering that it costs more than the older 2015 model to run, the 2016 M4 is one of the least reliable.

Those costly repairs can rack up which is why many people choose to opt for the slightly older model instead.

BMW is not exactly known for its reliability, but some M4 models can reach 200,000 miles with proper maintenance.

Still, these are sporty cars with expensive parts so to reach a lofty mileage, expect it to come at a price.

If longevity is the priority, the 2015 M4 is a better option than 2016, but you are still going to have to part with over $15k in maintenance and repairs over 5 years.