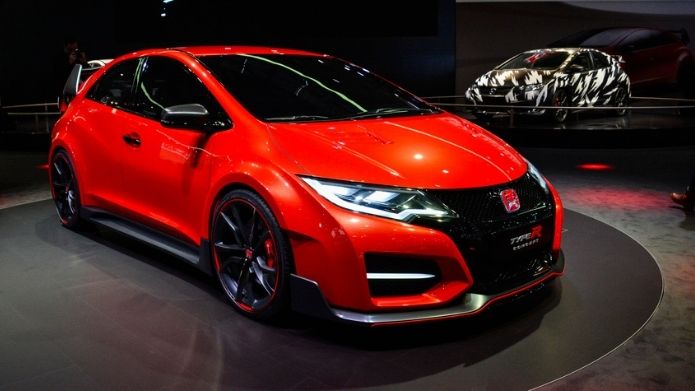 The Honda Civic remains a popular car among racing enthusiasts.

So, does that mean are Honda Civics fast?

Yes, Honda Civics are fast cars due to their excellent power-to-weight ratio, impressive drivetrain gearing, and shift points. What’s more, the Honda Civic can be made to go even faster than its stock form by spending very little money on customization and upgrades.

Honda may not market the Civic as a fast vehicle, but it has all the makings of one.

But how does it compare to other cars in its class, and does it hold its own in a side-by-side comparison? Let’s read on to find out how it stacks up.

What Is The Honda Civics Top Speed?

Although there are cars to choose from that outperform the Honda Civic in the speed department, you have to consider the size of the Civic and its engine.

It is a compact, sporty little car that boasts an excellent power-to-weight ratio.

Let’s look at some specs from a 2021 Honda Civic sedan.

Let’s look at the top speeds of various Honda Civics over the years.

As you can see, the Civic has stayed within the same range for the most part. Other than 2015 Civics, you’re looking at anywhere from 125 to 137 miles per hour as the top speed.

How Fast Is The Honda Civic Compared To Similar Cars?

The Civic offers a faster top speed than other cars in its class, maxing out at 137 miles per hour.

Just behind the Honda Civic is Toyota’s Camry, capable of reaching a top speed of 135 miles per hour.

The 2020 Honda Civic averages a 3/5 based on Consumer Reports’ Acceleration rating.

Capable of hitting 60 miles per hour in 8.7 seconds, the Civic is beaten only by the Toyota Camry. And even then, the margin is minimal.

The Corolla has the slowest acceleration, with 10.4 seconds.

The Civic fares well against the competition, earning its place as a responsive car.

The slowest is Toyota’s Corolla, with a top speed of only 112 miles per hour.

The Honda Civic proves itself as a fast vehicle, faltering only slightly in acceleration when compared to similar cars.

The Honda Civic has become faster and more responsive over the years, with 2015 maintaining the fastest acceleration of the bunch.

However, old Honda Civics can definitely still be considered fast.

If you’re looking to buy a used older Honda Civic, you should be pleased with just about any year that you buy.

That said, the 2007 Honda Civic has the slowest acceleration out of them all, clocking in at a sluggish 12.6 seconds, comparatively.