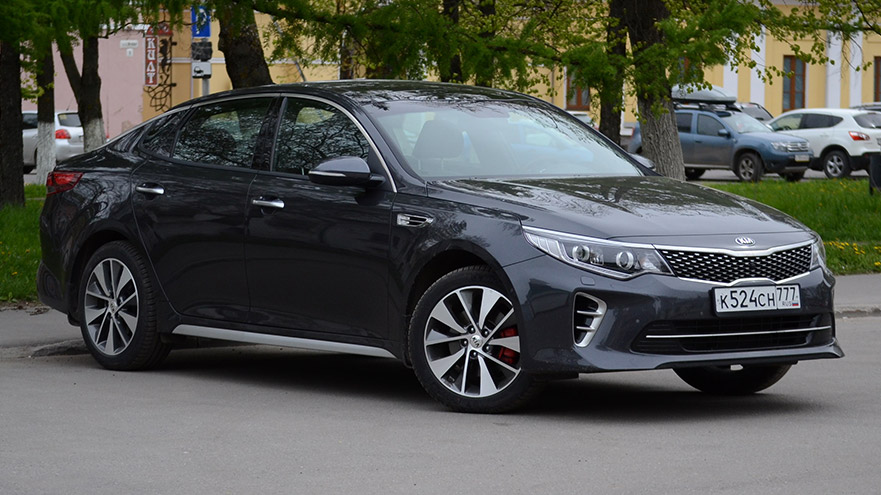 The Kia Optima was first unleashed in 2000 and is known for being an affordable, safe and comfortable vehicle.

They are a popular 4-door sedan for those looking for good handling, safety features, and excellent gas mileage.

However, most people do not buy a new vehicle without considering how long the vehicle may last.

So, is the Kia Optima a reliable car?

Kia is a brand known for reliability and the Optima is no exception. It has above average reliability and below average repair costs. With regular maintenance, you can expect it to last up to 200k miles and over 100k miles without any significant problems.

Keep reading to learn more about the reliability of the Kia Optima as well as repair costs compared to its competitors.

How Reliable Is The Kia Optima?

The Kia Optima has above-average reliability according to some of the most trusted ratings.

J.D. Power has consistently given most Kia Optima models above 80 scores for reliability as well as above 80 overall.

Kia Optimas last around 200k miles on average and often hit well above 100k miles before any substantial repairs need to be completed.

If you drive a Kia Optima the national average of 14,300 miles per year, then you can expect it to last nearly 14 years.

A lot of owners have maintained their Kia Optimas long enough to surpass 250k miles as well.

Do Kia Optimas Have Any Problems?

While Kia Optimas have fewer problems than many of its competitors, there are some common issues to be aware of.

However, most of the common problems are relatively simple fixes that do not demand lengthy or expensive service.

Door locks – The most reported issues are malfunctioning door locks that do not allow the opening of the doors on the driver and passenger sides.

Faulty throttle position – This can cause poor acceleration power or automatic acceleration. It may also impact the ability of the engine to idle smoothly.

Noisy Steering – This may sound like a serious issue, but it only seems to have mild trouble on sharp turns. Still, it is something to keep in mind.

The most common severe problems with the Kia Optima are engine malfunctioning issues.

These years have the most engine problems including engine seizing. The 2013 model is also known for starter issues.

Why Are Kia Optimas So Cheap?

Kia Optimas are cheap for a couple of different reasons.

First, it is a popular car, which means they can produce them in bulk and reduce manufacturing costs.

This is because they are popular with most demographics and the Kia Optima also offers basic features that most car buyers want.

Second, they tend to have less customizable options than some of their competitors.

Other than trim level, there are a limited number of options to choose from.

This means that you get a more affordable vehicle since you are unlikely to find one that has everything on it.

How Reliable Are Kia Optimas Compared To Other Cars?

Let’s take a look at how the Kia Optimas reliability compares to similar cars.

RepairPal gave both vehicles a 4.0 out of 5.0, but the Camry ranks higher at 3rd in the class while the Optima is 8th.

In addition, the repair costs for a Toyota Camry are almost $100 less per year.

Kia Optima vs Honda Accord

The Honda Accord is known for having superb reliability and is considered more reliable than the Kia Optima.

In fact, RepairPal ranks it first out of midsize cars when it comes to reliability with a score of 4.5 out of 5.0.

The repair costs for the Kia Optima vs. the Honda Accords are comparable, but the Accord has slightly more affordable costs annually.

Whereas a Kia Optima costs an average of $471 per year to maintain, the Honda Accord costs $400 per year.

The Kia Optima is slightly more reliable than the Nissan Altima, one of its biggest rivals.

RepairPal gives them equal reliable scores of 4.0 out of 5.0 but ranks the Nissan Altima 3 spaces lower at 11th out of 24 midsize cars.

In addition, the average annual repair costs for the Nissan Altima are slightly more expensive at $483 per year.

They also have comparable expected mileage of 200k.

In addition, RepairPal gives both the Kia Optima and the Hyundai Sonata a 4.0 out of 5.0 for reliability but ranks the Sonata 3 places ahead at 5th out of 24 for midsize cars.

Are Kia Optimas Expensive To Fix?

Kia Optimas have lower than average annual repair costs. On average, the repair and maintenance cost for Kia Optimas is $471.

This is lower than the average midsize car repair costs of $526 per year or the average for all vehicle types of $651 per year.

Furthermore, according to RepaiPal Kia Optima owners take their vehicle into a repair shop an average of .2 times per year, which is less than the .3 a year for midsize cars and the .4 per year for all vehicles.

Generally, you can expect Kia Optima parts to be around average or slightly above average when compared with other midsize cars. The replacement parts, on average, cost around $279.

However, it can vary greatly from one part to the next so it is a good idea to look at some of the more problematic or commonly replaced parts.

What Kia Optima Year Is Most Reliable?

The most reliable year for the Kia Optima is the 2018 model. It offers “Great” reliability and resale value according to J.D. Power.

The 2011 Kia Optima is less reliable than many of the other years. J.D. Power awards it an  “Average” reliability rating of 72/100.

The 2012 Kia Optima has a lower reliability rating than some of the other years.

This is on par with the reliability of Kia Optimas after 2013.

The 2016 Kia Optima has average reliability.

2018 is the most reliable year of the Kia Optima.

These years are known to have more frequent and severe problems than other years for the vehicle.

They also have the lowest ratings of the Kia Optima models on J.D. Power, which gives all three years and an “Average” rating.

Kia Optima Hybrids are less reliable than standard Optima models. According to J.D.

Kia Optimas are known for being reliable and have lower than average repair costs.

As long as the Kia Optima is well-maintained, you can expect it to last 200k miles.

The years with the most problems are 2011, 2012, and 2013, but they still have average reliability. Other years have above average and great reliability rankings.

You should take all factors into account from the year, mileage, repairs, and more into account before deciding whether it is the car for you.