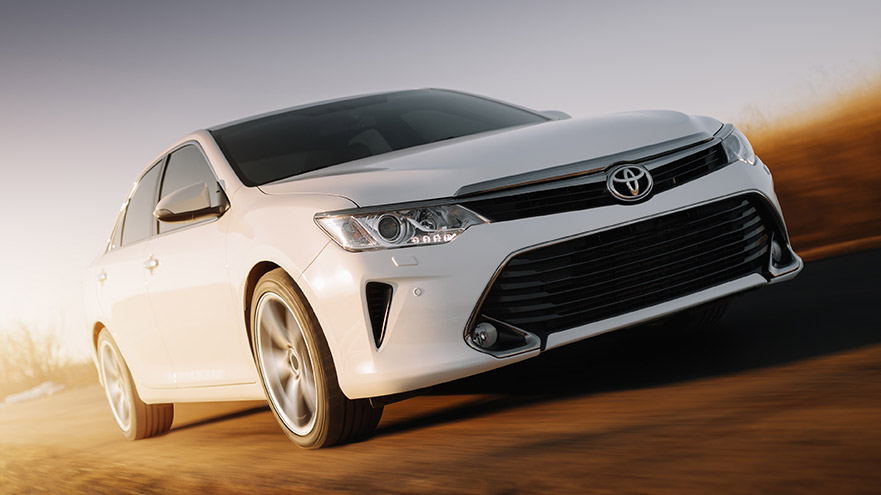 Confused about what auto LSD is on your Toyota? Wondering how to use Auto LSD or if it’s even worth having? You’ve come to the right place.

In this article, we’ll answer the most common questions that people have about Auto LSD on Toyotas. We’ll explain what it does, how you use it, and if it’s a good thing to have.

What Does Auto LSD Mean On A Toyota?

An Auto LSD system (limited-slip differential) helps aid traction by using the traction control system to control the engine when one of the rear wheels begins to lose control.

How Do You Use Auto LSD?

To use the Auto LSD feature in a Toyota, you simply push the “Auto LSD” button that is either on the steering wheel or slightly to the side of it.

In some models, the LSD button has a picture of a car and a windy road.

It is important to remember that Auto LSD should only be used when driving in very severe conditions when wheel slip occurs.

Is Limited Slip Differential Worth it?

If you live in a climate that gets a lot of snow or has hilly terrain, a limited-slip differential is definitely something that you should consider.

Limited-slip differential typically costs around $600-$1200 to get done and when you factor in the additional torque, off-road traction, and less tire wear it is worth the cost.

Should You Use Auto LSD Or Turn It Off?

Auto LSD should be turned off unless you are driving in very severe conditions like driving off-road or in winter conditions.

If you are driving in extreme conditions where you experience wheel slip you should use LSD.

The LSD system will enhance traction control by controlling the braking when the wheels begin to spin to help aid in traction.

How Do You Turn Off Auto LSD?

Auto LSD is a factory LSD system on Toyotas that can be turned off through the Star Safety switch. Auto LSD can be removed entirely by using an Auto LSD Removal Kit.

Auto LSD can also be turned off by driving fast enough for long enough that auto LSD switches itself back to being inactive, which happens after around 20 seconds of straight driving over 60 mph.

In some models press and hold the “Trac” button for 3-5 seconds and the Auto LSD will shut off if you are having trouble turning it off.

Does Limited-Slip Differential Help in the Snow?

Auto LSD helps a lot in the snow by giving Toyotas more traction.

Auto LSDs can be engaged on Toyotas for better acceleration out of snowy parking lots, as well as allowing Toyotas to speed up much faster than usual without spinning out or sliding around.

Auto LSD is a great resource to help navigate your vehicle through slippery conditions.

Auto LSD is the Toyota name for a limited-slip differential and is equipped on all models of Toyotas (excluding Lexus and Scion).

Many times Auto LSD is confused with traction control.

However, they are different. Auto LSD works on individual wheels, whereas Traction Control helps all four wheels spin at the same time.

Auto LSD cannot match the power of traction control and is limited in its application.

Auto LSD is used to enhance stability in a vehicle by varying the brake pressure to both wheels until the difference in speed is minimized.

LSD is sometimes incorrectly referred to as Auto Locking Differential.

Auto LSD systems use sensors that measure and display the speed of each wheel to determine which one is spinning significantly faster than another at any given time.

It then determines the amount of braking pressure to be applied on each wheel to bring them to rotate at the same speed.

On the other hand, Auto Locker is an Auto LSD feature that Toyota uses in their most advanced Auto LSD-equipped vehicles.

It works by locking the differential instead of slowing down a wheel via brake fluid.

The auto locker can be thought of as Auto LSD on steroids.

It is most commonly found on rally cars and off-road vehicles such as the Toyota Land Cruiser.

A limited-slip differential is a technology found in high-performance Toyotas that automatically transfers more torque to one wheel than the other when required.

The limited-slip differential is designed to allow wheels to spin at different speeds (wheel slippage) while maintaining maximum forward motion by preventing differential action from occurring (uneven axle loading). It operates similarly to manual locks but without user intervention.

An open differential mechanism does not attempt to limit wheel spin at all, so any difference in torque between the two wheels is multiplied–the spinning wheel gets very little torque, and the other wheel gets all of it.

Auto LSD is a system that works very well. It helps by giving Toyotas more traction.

Auto LSDs can be engaged on Toyotas for better acceleration out of snowy parking lots, as well as allowing Toyotas to speed up much faster than usual without spinning out or sliding around.