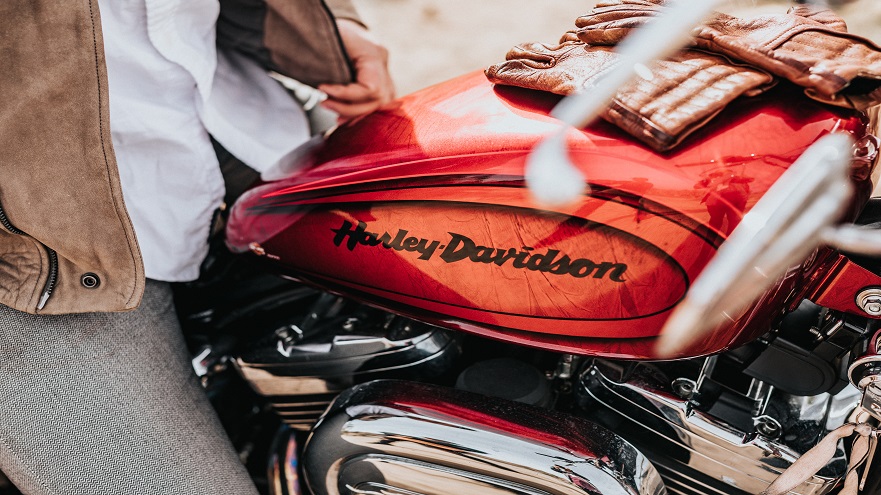 With so many different motorcycle brands out there, it can be hard to figure out how well a single brand holds up.

But if you know where to look, the data is out there.

Luckily for you, we compiled it all into one place, so you get all the information you need and move on with your day!

How Many Miles Can You Expect From A Harley Davidson?

While it’s difficult to find a reliable study on how long a Harley Davidson will last, it’s not hard to find Harley’s for sale with over 100,000 miles.

The key is to properly maintain your bike from the start and to fully expect that you’ll need to make minor repairs throughout.

Average Lifespan Of A Harley Compared To Other Motorcycles

In 2015, Consumer Reports released a study breaking down the best motorcycle brands out there. It instantly became a lightning rod for controversy.

It was more of a comprehensive survey, but while Harley ranked as the sixth most reliable motorcycle brand, it also stated that 75 percent of Harley Davidson owners would buy their bike again given the chance.

But since it’s the only real study breaking down motorcycle’s reliability, it’s what we’re stuck using.

Indian Motorcycles are a smaller motorcycle brand out there, and because of that, most surveys don’t get enough data from owners to include them in their surveys.

However, according to public opinion on a Reddit thread, they seem reliable enough – if not in the same league as Harleys.

Kawasaki and Harley Davidson are neck and neck in most reliability surveys.

While that’s not necessarily about reliability, it’s not a good sign either.

According to the Consumer Reports survey, Yamaha is the most reliable motorcycle brand out there.

There’s probably some truth to it.

Even a Canstar Blue customer satisfaction survey had Yamaha edge out Harley for the number one spot.

While Victory barely edged out Harley Davidson in the Consumer Reports reliability survey, they clobbered Harley in their customer satisfaction survey.

Over 80 percent of Victory owners stated they would definitely buy their bike again if given the choice.

It’s hard to argue with those numbers.

While Harley Davidson tends to be among the more reliable motorcycle brands out there, that doesn’t mean that you won’t be stuck replacing parts.

Whether it’s for scheduled maintenance or general repairs, parts wear out when you use them.

Below are some of the common repair timeframes that you can expect out of your Harley.

How Long Will A Harley Davidson Engine Last?

If you properly maintain your Harley Davidson engine, there’s no reason it can last for 150,000 miles.

While these results aren’t guaranteed, Harley Davidson engines are among the more reliable components in the bike.

It’s the smaller components that many owners complain about.

How Long Do Brakes Last On A Harley Davidson?

Brakes on Harley-Davidsons tend to last a little bit longer compared to other motorcycle brands.

Still, most owners find that they need to replace their brakes somewhere between 18,000 and 30,000 miles.

There is no set time frame that a Harley Davidson tire will last.

That’s because there are so many factors that can affect this.

The most significant factor that will determine how long your Harley Davidson battery will last is the battery’s brand.

Tips To Prolong The Lifespan Of A Harley Davidson

If you treat your Harley right, there’s no reason it can’t last a lifetime.

But if you neglect some of the basics, you’ll be lucky to get it to last ten years.

But what do you need to do to keep your bike in tip-top shape? These tips are a great place to start.

1. Keep Up With The Maintenance

It might seem obvious, but it’s the most important thing an owner can do to prolong their bike’s lifespan.

It goes past just the oil changes, though – keep up with everything that Harley recommends.

While Harley keeps a breakdown of the maintenance schedule in the owner’s manual, a more effective way to find everything you need is on Harley Davidson’s website.

Simply type in your VIN, and the site will let you know everything you need to do to keep your Harley running like new.

2. Store Your Bike Indoors – Or At Least Cover It

If you can store your bike inside a garage, that’s where you should keep it whenever you aren’t driving it.

There is one big caveat to this – if you warm up your car in your garage before heading out, don’t store your bike in there.

If you do, the fuel vapors in the exhaust can condense on your bike and cause it to rust.

If you are going to store your bike outside, you should at least keep it covered to help protect it from the elements.

Washing your bike does more than just keep it clean.

It removes all the potentially harmful chemicals and particulates that can build up over time and cause your bike to rust and wear down.

But you need to make sure you wash your bike the right way.

If not, you’ll end up doing more damage than good.

WikiHow offers a great guide on how to do it without causing further damage.

We completely understand that it can be fun to slam the throttle and ride like a bat out of hell.

But the problem is that it’s really rough on your bike.

Not only will you wear down the tires, brakes, and other wearables, but your engine won’t last nearly as long either.