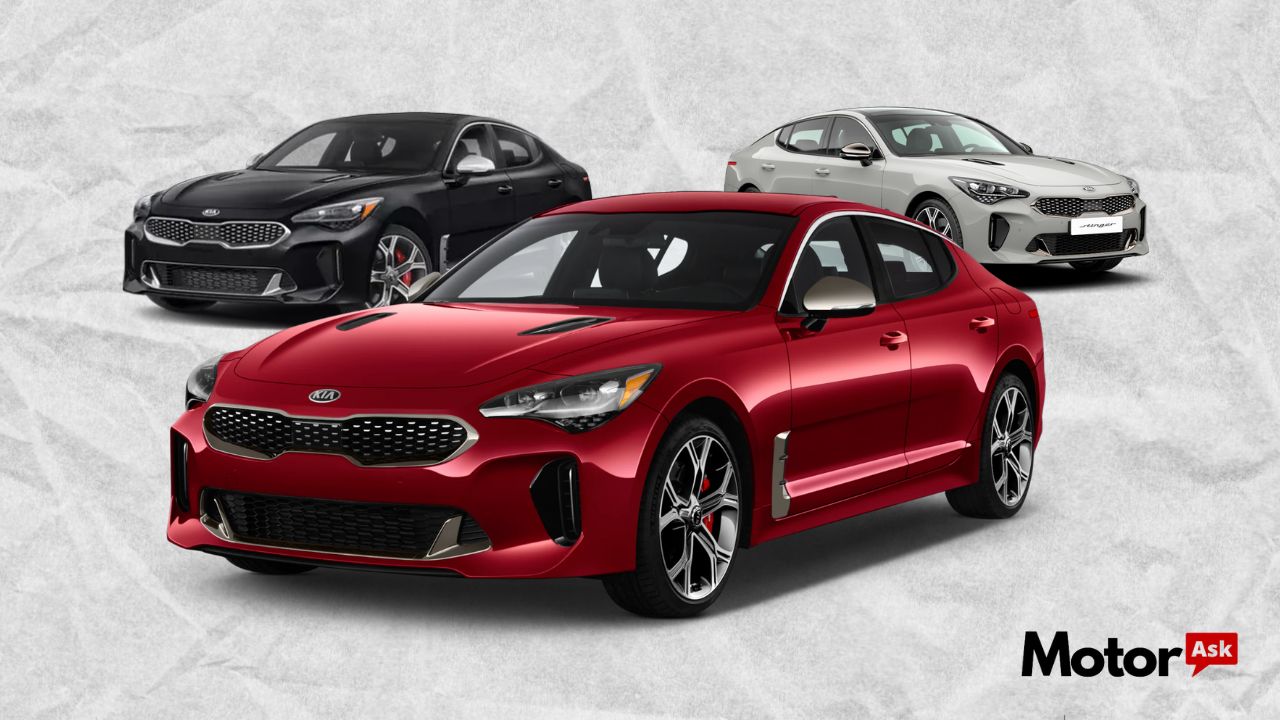 Introduced in 2018, the Kia Stinger has continued to attract the attention due to its stylish looks, comfy interior, and impressive performance on the road.

But while this small luxury sedan is no doubt appealing, there are several similar options you might want to consider before you make the jump.

Here are 10 cars cars that are similar to the Kia Stinger and how they differ.

The Subaru WRX is one of the strongest competitors of the Kia Stinger. They are both reliable sports cars with a roomy interior, a seating capacity of five people, and many modern technology features. The two vehicles also use a four-cylinder base engine, auto transmission, and an all-wheel-drive system, although the Stinger is also available in rear-wheel drive.

However, the Kia Stinger is larger than the WRX, so it provides a bit more room for passengers and cargo. Also, the Stinger has a more powerful optional engine, better fuel economy, quicker acceleration, and more standard safety equipment than its rival. But the Subaru performance car is more affordable and easier to maneuver around tight spaces than the Stinger.

Although the Genesis G70 and the Kia Stinger look clearly different on the outside, they share a lot of similarities. The two luxury sports sedans boast a spacious interior, room for five passengers, and loads of intuitive tech features. Both cars also come with either a four-cylinder or V6 engine, automatic transmission, and similar drivetrain options: an RWD or AWD system.

But the Kia Stinger is roomier on the inside and can carry more cargo than the G70. It also has a more energetic base engine and a lower starting price than its competitor. On the other hand, the Genesis G70 is faster, quieter on the road, and more fun to drive compared to the Stinger.

The Dodge Challenger Hellcat also makes a great alternative to the Kia Stinger. Like the Stinger, it is a performance car with a roomy cabin, comfortable seating for five people and a host of the latest in-vehicle features. Additionally, both sedans use a powerful base engine paired with automatic transmission and are available in rear or all-wheel drive.

However, Dodge Challenger also comes with a supercharged V8 powertrain, which packs more punch than any of the Kia Stinger’s engines. It also has a larger interior and cargo area and runs faster than the Stinger. However, the Kia sedan is much cheaper and consumes less fuel than the Dodge Challenger Hellcat.

The Dodge Charger is another muscle car from the American manufacturer that’s often compared with the Kia Stinger. They are both four-door sports cars with a cozy interior, welcoming seats for five passengers, and several drive-assistant features. The two sedans also have energetic powertrains, automatic transmission, a standard rear-wheel drive, and an all-wheel-drive system as an option.

But while the Kia Stinger is a midsize vehicle, the Dodge Charger falls under the full-size category, which means more passenger and cargo room than its rival. The Charger also comes with more powerful V8 engines and accelerates quicker than the Stinger. On the other hand, the Kia Stinger is less expensive, more fuel-efficient, and better equipped than the Charger.

The Honda Accord is an option you’ll want to consider if you are looking for a more popular alternative to the Kia Stinger. Both are four-door midsize sedans with ample interior space, comfortable seating for five adults, and similar technology features. These cars also boast a four-cylinder engine and an automatic transmission for easy gear changes.

However, both cars offer different drivetrain options. While the Kia Stinger is available in either a rear or all-wheel drive, the Accord comes in front-wheel drive only. The Kia Stinger also beats the Honda sedan when it comes to engine power, speed, and cargo space. But the Honda Accord is the go-to choice if you need an inexpensive car that will help you save on gas.

The Audi S4 is a longtime rival of the Kia Stinger and has many things in common with the Korean-made car. Like the Stinger, it is also a well-rounded sports sedan with a spacious interior, a seating capacity of five people, and loads of advanced technology features. Plus, both cars offer a V6 engine, automatic transmission, and traction-enhancing all-wheel-drive system.

But the Kia Stinger also comes with a four-cylinder base engine and a rear-wheel drive. It is also less expensive and more practical than the Audi S4. However, the Audi S4 is faster, more powerful, and better on gas than the Kia Stinger.

The Ford Mustang is another car that shares a lot of similarities with the Kia Stinger. They are both sporty four-door vehicles with a spacious cabin, supportive seats, and an array of popular tech features. The two cars also come with a four-cylinder engine, an automatic gearbox, and a standard rear-wheel drive, although the Stinger has an optional AWD system.

Unlike the Stinger, the Mustang has a manual transmission and can only seat four passengers. However, it boasts quicker acceleration, more powerful engines, and a lower starting price than its fierce rival. But the Kia Stinger has better gas mileage, more standard safety equipment, and a bigger passenger and cargo room than the Ford pony car.

If you are looking for a more luxurious alternative to the Kia Stinger, you may want to check out the Genesis G80. It is also a four-door sports car with a roomy interior, seats for five passengers, and many desirable technology features like the Stinger. Plus, both cars have a four or six-pot engine, automatic transmission, a rear-wheel drive, and an optional all-wheel-drive system.

Although the two vehicles are similar in size, the Kia Stinger offers more space for cargo than the G80. It is also cheaper, faster, and more fuel-efficient than its competitor. But the Genesis G80 offers a nicer cabin, more standard safety equipment, and more powerful engines than the Stinger.

The Acura TIX deserves a place on your list when looking for a budget car similar to the Kia Stinger. Like the Stinger, it is also a reliable sports sedan with a comfy interior, room for five people, and plenty of safety and driver-aid features. Both vehicles also offer a four or six-cylinder engine, auto transmission, a rear-wheel drive, and an all-wheel-drive as an option.

However, the Kia Stinger is the larger of the two cars, so it provides more stretch room for passengers and can haul more cargo than the Acura. Plus, it boasts a more powerful base engine, quicker acceleration, and lower starting price than its archrival. On the other hand, the Acura TLX is more fuel-efficient and easier to maneuver in and out of narrow spaces than the Stinger.

The BMW 3 series is a luxury compact sedan that’s very similar to the Kia Stinger. They are both four-door sports cars with a roomy cabin, a seating capacity of five passengers, and many standard technology features. The two vehicles also use a four or six-cylinder engine, automatic transmission, a rear-wheel drive, and an optional all-wheel-drive system.

But the Stinger offers a bigger trunk and a more spacious interior than the BMW 3 series, so it’s more comfortable to be in during long trips. It is also cheaper, faster, and more powerful than the BMW car. However, the BMW 3 series is more reliable and better on gas than the Kia Stinger.