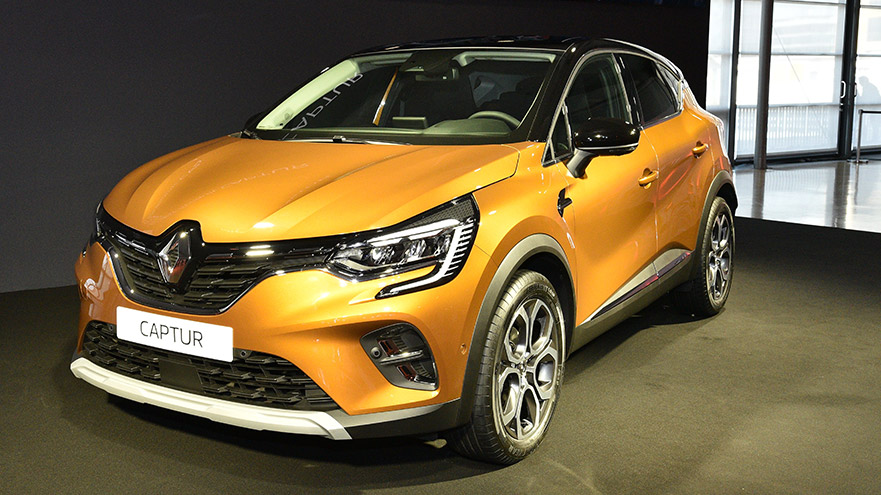 The Renault Captur is a uniquely styled and efficient mini SUV. In less than 10 years of existence, it has established itself as one of the most distinctive cars in the compact-SUV class.

The Captur isn’t in a class of its own, though. So if you fancy the Renault Captur, but you’re searching for other cars that are comparable to it, you’ve got options.

In this article, we’ll show you 10 cars similar to the Renault Captur.

The Peugeot 2008’s futuristic look and excellent design features make it one of Captur’s most notable rivals. One driver reported that its handling compares well with other high-riding vehicles, and another said it’s a joy to own.

Like the Captur, the 2008 is available in petrol and diesel engines. But it also has a fully electric version called the e-2008. Its combined fuel consumption rate falls within 41.7-52.6/MPG, a similar range to the Captur’s.

The Peugeot 2008’s elegant interior is one of its biggest selling points. Its stylish interior beats most competing cars in the compact crossover category.

This car is also relatively larger, with lots of knee room and headspace to keep you comfy during long rides. Its boot volume of 434 L (or 1467 L max.) exceeds Captur’s boot space.

To top it all off, the starting purchase prices for both cars are within the same range.

The Clio is the best selling French car of all time. It’s also the basis for the Captur’s engineering design.

Now, this supermini is a smaller and lighter car than the Captur. Consequently, the Clio offers better fuel economy— you’re looking at 54.4 MPG/combined in the Clio versus Captur’s 47.9 MPG/combined.

Even though this supermini isn’t as roomy as the Captur, it’s still roomy enough to seat five adults comfortably.

As expected in a supermini vs. SUV scenario, the Captur is set up with a relatively higher driving position. So you get a better view of the road from a Captur than you would from a Clio.

Owners report that the Clio car parts are easy to find and cheap to maintain, which is expected, considering the Clio car is a common and reliable one.

Some refer to the Qashqai as the “King of crossovers.” And that’s because this Nissan car pioneered the compact SUV by blending hatchback compactness and SUV practicality in 2007. We’re glad they took that gamble.

Qashqai is a popular family car in many regions. This car has sold over 3.3 million to date, and many owners say they are comfortable with their car, and the reasons for its success aren’t far-fetched.

It’s the perfect blend of the eye-catching exterior, premium, comfortable, and practical interior, and remarkable reliability. One owner even says his Qashqai has proven to be one of the most reliable cars he’s had, right up there with the likes of Toyota.

Fuel economy in the Qashqai is rated as 44.7 MPG/ combined, which is lower than the Captur’s rating of

47.9 MPG. However, the Qashqai is roomier than the Captur. For instance, its boot volume is 504 L with upright rear seats and 1593 with folded seats.

The Renault Kadjar is the bigger (though younger) sibling of the Captur.

As far as the interior goes, this C-segment SUV offers features similar to what’s found in the Captur, including wireless charging, 7″ capacitive touchscreen that enables you to display your smartphone screen on the car screen, etc. However, the Kadjar is more spacious and practical. For instance, its 472 L/1487 L (minimum/maximum) boot space is far ahead of Captur’s 404 L/1275 L.

Some have complained that this car’s rear headspace and legroom may not be comfortable enough for tall folks.

The exterior isn’t the only thing the Kadjar has going for it. It also has great handling, as one owner said. Another distinctive feature of the Kadjar is its retractable tow bar and bike carrier, which comes in handy when going on a weekend break.

Considering fuel efficiency, the Captur has better mileage. However, the Kadjar’s fuel economy rating of 44 MPG/combined puts it at par with the best cars in its class.

The Dacia Duster has one thing going for it: it massively over-delivers for its price, especially for its 4×4 version. The Duster’s manufacturer — Renault — took lots of disciplined steps to keep Dacia’s costs down without significantly affecting the performance of the resulting car.

They (a) used out-of-vogue engine types and platforms, (b) used similar parts across the Dacia range, (c) manufactured in a low-cost country, (d) cut down on some interior tech features, and so much more. The result is a car that’s affordable yet pleasurable to drive.

Now, Darcia doesn’t offer the best performance. Still, those driving the Duster say it performs well on-road and off-road. And at a fuel efficiency rating of 45.6 MPG combined, it doesn’t fall too far behind the Captur.

From its muscular and sporty outside to its comfortable uniquely-styled inside, the Nissan Juke car stands out in many ways.

On the inside, it uses sport bucket seating to keep you secure when rounding a tight curve but also keeps you comfortable when driving down a straight road. The Juke’s cabin—featuring a unique center console— was also inspired by sports bikes.

The sporty SUV is big on safety features. And this claim is established by its 5-star Euro NACP safety rating.

With a fuel economy rating of 57.6 MPG combined, the Juke is more efficient than the Captur. However, its boot space of 354 L (or 1189 L maximum) is less than the Captur’s.

According to RepairPal, it costs an average of $548 per year to repair and maintain the Nissan Juke, which is higher than the average of $466 for crossover SUVs but lower than the $652 for all vehicles.

The Yaris Cross’ interior pales compared to the Renault Captur’s interior. And that is somewhat disappointing, considering Toyota has several models with excellent interiors.

Another major drawback to the Yaris Cross is its passenger space. Several consumers have complained that it’s inadequate. But that’s about all the edge the Captur has over the Yaris Cross.

Fuel Economy is unbelievable at 54.3-64.1 MPG, which explains why consumers have described it as “insanely economical.” And fun to drive

It’s no surprise that the Yaris gets a JD Power reliability rating of 80/100, given Toyota’s history of building extremely reliable cars.

The Yaris may not be as glamorous as the Captur. However, this is one of your best bets if you want an alternative car that’s less expensive but just as practical and high-performing.

The Ford EcoSport is a popular but controversial car. This car’s first few models were somewhat subpar and disappointing. And the EcoSport series is yet to recover from the bad publicity of its initial failures.

The more recent models of the EcoSport aren’t so bad, though. The exterior is stylish. And its interior is modern, functional, and comfortable, although its cabin isn’t as classy as the Captur’s.

Everyone seems to agree that the EcoSport’s drivability is one huge upside. For a car that high, the EcoSport is an agile and fun-to-drive car. It’s also quite roomy.

Meanwhile, the EcoSport drops many points for its fuel economy rating of 29 MPG, much less than Captur’s rating of 49 MPG.

Finally, the purchase price for the EcoSport and the Captur is almost the same. So it’s up to you to decide whether the slightly higher cargo volume and better drivability justify the EcoSport’s price point.

The Hyundai Kona is another alternative that serves up style. This compact SUV has a bold, refreshing exterior and an interior that’s just as charming. For instance, it features ambient door lighting, lightning cup holders, etc., which gives the car extra swagger.

Another distinctive feature of the Kona is its semi-autonomous driving feature which assists drivers to maintain their lanes when on the highway. Mind you, the Kona is neither a self-driver nor a Tesla. So you do have to stay sharp and keep your hands on the steering wheel at all times.

In terms of practicality, the Kona’s front seats are comfy enough, even for tall people. However, the rear seats are best kept for kids, as there isn’t enough legroom for taller people.

Its boot volume of about 544 L trumps the Captur’s 401 L. However, its gas mileage of 29 MPG combined falls far behind the Captur’s average of 47.9 MPG.

The Ford Puma is probably the closest match for the Renault Captur in speed, design, performance, and practicality.

Winning Whatcar.com car of the year 2020, the Ford Puma is a compact SUV featuring aerodynamic lines with “distinctive wing-top mounted headlamps.” This streamlining aids its acceleration, making it faster than the Captur. It also has a larger boot space of 456 L than the 422 L for the Renault Captur.

The Renault Captur saves fuel better, having a gas mileage of 47.9 MPG compared to the Puma’s 44.3 MPG.

According to Repairpal, the annual cost for maintaining Fords is $775, which is a bit high considering that