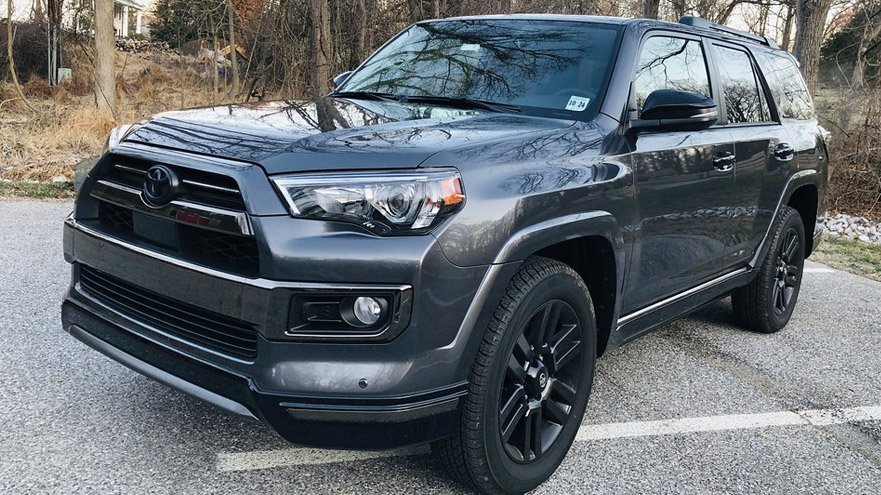 Since its debut in 1984, the Toyota 4Runner has maintained a loyal following.

Like all conventional SUVs, it is built on a full truck chassis and is designed for heavy off-roading although it lacks agile handling.

If you fell in love with the Toyota 4Runner and would like to explore similar cars, you are in the right place.

Read on to discover 10 cars similar to the 4Runner.

Few SUVs are as iconic as the 2021 Chevrolet Tahoe thanks to its versatility and advanced design features.

As is the case with the 4Runner, the Chevrolet Tahoe maintains a body-on-frame structure rather than a unibody design, making it a truck-based SUV rather than a crossover.

When it comes to gas mileage, the base Tahoe offers an EPA-estimated 16 mpg in the city and 20 mpg on the highway which is nearly an identical match with the 4Runner.

With a towing capacity of up to 8,400 pounds and an impressive 7.9 inches of ground clearance, the 2021 Chevrolet Tahoe is great at hauling.

You’re likely to pay around $48,795 for a rear-wheel-drive LS but for more handling, you might consider the $66,495 front-wheel-drive LS.

Although most modern generation Explorers have switched to a lighter-duty crossover configuration, they’ve still kept the Explorer name and much of its capability.

It’s, therefore, no surprise that the Explorer was by far the best-selling mid-size SUV in the US last year, according to Autobytel.

Most midsize SUVs fall short of the Explorer’s cargo capacity thanks to its 18.2 cubic feet of space behind the third row.

Just like the 4Runner, the Explorer has plenty of headroom and legroom even for taller riders ensuring a comfortable drive.

Despite its performance on the road, even the trim with a twin-turbo V6 engine gives you great gas mileage as well.

It does 18 mpg in the city which is impressive for a V6 engine and comparable to the 4Runner’s 16 city mpg.

The 2021 Toyota Highlander is a midsize SUV that always seems to be at the top of its game when it comes to family SUV off-roading.

This Toyota offering can comfortably carry up to eight passengers.

If you decide to go with mid-grade trims or higher, you exchange the second-row bench for front-seat chairs.

The Highlander is powered by a 3.5-liter V6 engine that is quite similar to the 4Runner’s.

As a result, it can produce up to 295 horsepower and 263 lb-ft of torque mated to an eight-speed automatic transmission, close to the 270 hp engine of the 4Runner.

The cargo capacity behind the third row with seats folded is the same as the 4Runner’s.

Another similarity between the two Toyota SUVs is their tow capacity of 5000 pounds.

The Toyota Rav4 base LE is a giant in the fuel economy end of the spectrum.

However, the Limited and TRD Off-Road models that possess a broad array of equipment are aimed at a very different type of buyer.

Regardless of which trim suits you, RAV4 comes with a 2.5-liter four-cylinder engine which doesn’t seem like much but it is quite impressive on the road.

Similar to the 4Runner, the engine delivers 270 hp and much-improved gas mileage of 28 mpg in the city and a whopping 35 mpg on the highway.

What’s more, the square-jawed look draws inspiration from the 4Runner, although its car-based construction results in a significantly smoother ride than the 4Runner’s.

If you ignore the curvy edges on the front of the car, the Toyota Sequoia looks exactly the same as the 4Runner.

Many off-road enthusiasts recommend the TRD Sport and TRD Pro trims, and if you are not much of an off-roader, you might be better suited to the base SR5 trim.

The SR5’s with the 18-inch wheels delivers a softer ride than the 4Runner.

On the other hand, the 4Runner has better gas mileage, but falls behind when it comes to towing capacity.

Its torque-rich engine and rugged frame give it a towing capacity of 7,400 pounds.

All the trims come with a 5.7-liter V8 engine pumping out 381 horsepower and 401 lb-ft of torque with the popular six-speed transmission.

The Toyota Venza can be described as a 4Runner with greater engine power, a more sporty feel, enhanced features, and more luxurious interior finishes.

All Venzas feature a 2.5-liter hybrid engine with two electric motors sending power through a continuously variable automatic transmission to its front wheels.

Despite its smaller engine, the Toyota Venza makes nearly the same horsepower (219 hp) as the 4Runner.

It gives a smooth and quiet ride doing 39 mpg in combined city/highway driving.

If you were impressed by the 4Runner, then you’ll probably go crazy for the new 2022 Lexus GX.

While maintaining all the structural and engineering features of the 4Runner, the GX adds a sporty and luxurious touch with upgraded interior features.

Similar to the 4Runner, the GX does 16 mpg in the city and 19 on the highway.

Thus the Outlander strikes a unique balance between fuel economy and performance.

Interestingly, this new Outlander has a lot in common with the 4Runner.

The two SUVs have the same engines as well as several share other components.

Like the 4Runner, it features a maximum cargo space of 79.7 cubic feet.

It also does 24 mpg in the city and 31 mpg on the highway which is pretty solid for a compact SUV.

The Mercedes GLE 350 features a turbocharged four-cylinder which is pretty much a de facto standard powertrain.

Just like the 4Runner, the GLE 350 has a powerful engine producing 255 hp.

Built for both inner-city trips and off-roading, the GLE is quite versatile.

Coming in at 74.9 cubic feet, the GLE 350’s cargo capacity matches that of the 4Runner.

Its gas mileage is slightly better than the 4Runner’s as it does 19 mpg in the city and 26 on the highway.

The Jeep Wrangler won MotorTrend’s 2019 SUV of the Year award for adeptly mixing modern attractiveness with a treasured legacy.

Apart from the rugged and boxy structure, the Jeep Wrangler and the 4Runner do share a lot of features.

The trim with a turbocharged four-cylinder engine produces 270 hp which is identical to the 4Runner power outputs.

It does 13 mpg in the city and 17 mpg on the highway, which is just slightly below the 4Runner’s fuel efficiency.

Like the 4Runner, the Wrangler has a cargo capacity of about 89.7 cubic feet with seats folded.

The towing capacity of the 4Runner is higher as the Wrangler can only haul up to 3,500 pounds.