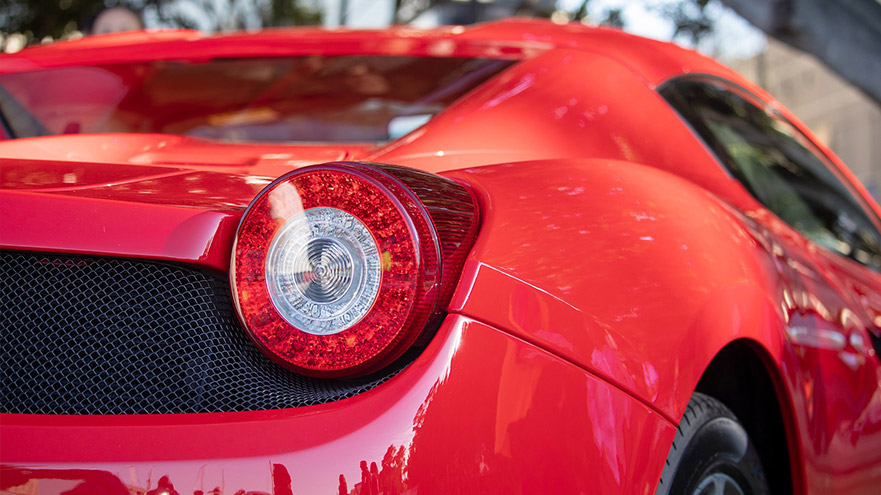 Primarily, tail lights enable other road users to see you, especially at night.

They are one of the most important features of any car as they help protect you from getting slammed from the back by other vehicles.

But despite being an essential safety component, taillights can also enrich the rear portion of the car provided they’re appealing in shape, size, and dimensions.

That’s why every automaker designs its tail lights uniquely and according to its customers’ tastes.

In this guide, we round up 10 popular cars with circular tail lights. Read on and tell us what you think about them.

Few cars have circular tail lights that are as easily recognizable as the Nissan Skyline GT-R.

The sports car has four red circular tail lights whose design has been the backbone of its long and rich heritage throughout its six generations of production.

This feature is present in the 2015-2021 models although the previous generations also had this feature.

The good news is that circular tail lights are a standard feature of each of these variants.

On the other hand, the 2021 GT-R has seen its production limited to only one variant.

However, this trim comes with the circle tail lights, hence there’s no need for an upgrade.

Over its four generations, the MX‑5 Miata has remained an authentic, lightweight sports car.

One of the main reasons why the first Mazda MX-5 Miata became so popular was its round tail lights.

The circular tail lights are prominently featured in the 2017-2021 models.

However, previous models such as the 2014 Miata also had circular tail lights.

The 2017-2021 Miata models are available in three different trims, all of which offer round tail lights but with a slightly longer line portion of the lighting housing.

The overall Miata design is pretty cool and coupled with the round taillights, this is a truly gorgeous automobile.

With its 647-horsepower engine, the Ford GT is anything but your average vehicle.

The Ford GT Supercar is accessible only in a single model which offers the standard round tail lights.

This means that you don’t have to upgrade your GT vehicle to enjoy the round tail lights.

Furthermore, by using the latest lighting innovations, the new Ford GT’s circle tail lights are a modern interpretation of a classic design feature.

The Jaguar F-Type’s tail lights bring together a thin wraparound LED and a modern round design into one cohesive and attractive unit.

The circular tail lights are available in the 2015-2021 models but feature prominently on the 2016 Jaguar F-Type SVR.

All the trim levels of this vehicle come with round tail lights hence there is no need for an upgrade.

Even among other luxury brands, the Jaguar F-Type’s round tail lights give it an edge as its widely considered a seriously eye-catching feature.

The iconic French automobile has four circular taillights that are paired beautifully on either side of its rear end.

The round tail lights are available in the 2012-2015 models which marks the fourth generation of the extremely rare supercar.

Because the circle tail lights are a standard feature on all the car models, there’s no need to splash any extra cash on aftermarket tail lights.

The Lotus Exige is a British two-door, two-seat sports car that also has circular tail lights.

The round tail lights have been a standard feature on all the Exige models and the Cup 360 is no exception.

Dubbed the “limited edition” it comes equipped with pretty much every other aspect of previous Lotus cars.

As a consequence, there isn’t a need for any upgrades.

What’s more, the Exige models have been solely manufactured for the track.

So if you’re in the market for an excellent track car with circular tail lights, the Exige 360 is a great pick.

However, the bad news is that, just like the Elise, the Exige’s production is coming to an end in 2021.

The Genovation GXE was based on the C7 Corvette despite there being minor changes on the GXE.

One of the key distinguishing features between the two Corvettes is the GXE’s round tail lights.

On the exterior, the GXE helps keep the Corvette’s tradition alive thanks to its four round tail lights

Corvette began its production in 2018 and only offers it in a single trim.

The latest 2019-2021 models of the fully electric car all rock the circular tail lights.

Although the GXE Corvette is only available in one trim, there’s no need for any upgrades as it has all features originally present in the C7.

Overall, the GXE’s round tail lights add a nice classic touch to what is a very modern high-performance car.

The Tesla Roadster features round, rocket-style tail lights that stick out from the rear panel just a bit.

If you are a lover of Tesla cars and circular tail lights, the Roadster is your go-to vehicle.

But despite this being a great feature, circular tail lights, unfortunately, will not appear on the new 2023 Roadster.

The 2011 and 2012 models come in two trims both of which feature round tail lights as a standard feature, hence there’s no need for an upgrade.

Overall, the Tesla Roadster is a technologically-advanced, quick, efficient, electric car with a broad range of gorgeous design features besides the round tail lights.

The Lotus Elise series 3, as it’s popularly known, has seen several technical and technological alterations over the past decade.

The Elise features simple but elegant round tail lights, which give the automobile a modest appearance.

The 2021 Elise automobile is offered in two trims, both of which have the two round tail lights as a standard feature on the sports car.

Additionally, this feature also comes standard in all the trim levels of the 2010-2020 editions.

Therefore, you can expect a pretty easy time when selecting a model with circle tail lights.

However, the sad news is that after a few later editions, Lotus decided to retire the Elise back in early 2021.

However, Zagato’s production returned in early 2019 and has seen the vehicle become a fan favorite due to its relatively simple design.

If you are a lover of track sports, the latest V12 Zagato is one of the best picks on our list.