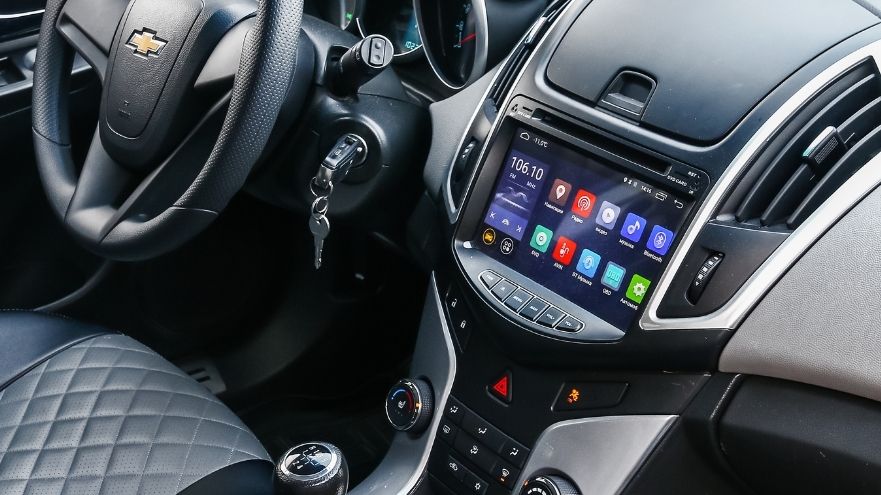 Ten years ago, connecting your Chevy to the internet would have seemed like a futuristic dream. But now, Chevy wifi has become a normal and expected feature.

But what exactly is Chevy wifi, do you have to pay for it? And which Chevy cars are wifi-enabled?

In this article, we’ll answer some of the most frequently asked questions about the wifi in Chevrolet cars.

What Is Chevy Wifi?

Many mid-range and luxury Chevys now include wifi. It is a personal hotspot that allows drivers and passengers to connect to the internet in their car.

Just like in your home, you can pay for a mobile data signal that works from your vehicle. You can then connect a wide variety of devices to Chevy wifi, including your phone, laptop, and tablet. Therefore, you never have to go without an internet connection again while driving.

How Does Chevy Wifi Work, Is It Satellite?

Chevy wifi is not a satellite, it is a hotspot similar to your mobile phone when you use mobile data. The service is provided by OnStar, a subscription-based company owned by General Motors. Through OnStar, your Chevy car receives a 4G LTE connection, which it broadcasts as a hotspot. You can then connect all your devices to the wifi and surf the internet.

Chevy wifi is usually installed on the dashboard. The internet signal originates in the car’s infotainment system, where it acts like a router.

Because everything is set up through OnStar, you don’t have to do anything to connect your Chevy to the internet. When you buy your car, it is already fully capable of accessing the internet, and you simply have to take out a subscription to access it.

Chevy Wifi is not free, and you will have to pay a monthly fee to enable the internet in your car. According to OnStar, data plans are provided to car owners by AT&T, and there are various options available.

When you first purchase your wifi-enabled Chevy, you might be eligible for a free trial. Drivers can access up to three months’ unlimited wifi for free. Once this expires, you will have to either purchase a plan or cancel your wifi.

How Do I Get Chevy Wifi in my Chevy?

Connecting to your Chevy wifi is easy, and it can be achieved in just six steps:

How Fast Is Chevy Wifi?

Traditionally, Chevy wifi has been slower than other options such as connecting to the internet via your phone’s mobile data or your home internet. In past years, drivers reported speeds of 3-6 mbps. These speeds will allow you to read content and maybe even watch videos, but they will cause problems when multiple devices are connected.

Is Chevy Wifi Worth It?

At the moment, the in-car internet technology is not as functional as it could be. Buying Chevy wifi isn’t necessarily a good choice, especially if you have a mobile phone with a hotspot or you don’t drive very long distances.

However, speeds of five or six mbps can be enough to allow drivers and passengers to work and watch videos. If you are planning a long road trip with the family or you know you’ll have to catch up on work during your next journey, you should consider buying a subscription.

In the future, it’s likely that the speed of OnStar/ AT&T wifi will increase significantly. Therefore, buying Chevy wifi could be well worth it in five to ten years.

Which Chevy Trucks Have Wifi?

Every Chevy truck and car since 2015 has wifi. If you buy a model from that year onwards, you will be able to purchase an OnStar plan and connect your devices to the internet. Some of the most popular wifi-enabled trucks include:

Which Chevy Cars Have Wifi?

In addition to trucks, Chevy also sells a number of wifi-enabled cars. The most sought-after ones are:

What Year Did Chevy Put Wifi in Trucks?

Chevrolet started putting wifi in their cars in 2015. Since then, every new truck can connect up to seven devices to the internet. The brand has also installed Apple CarPlay and Android Auto in their newer vehicles. This makes driving more pleasant for families and people who want to work on the go.

Do Chevy Trucks Have Wifi?

Chevy trucks manufactured in the last seven years include wifi just like Chevy cars. Each year, the infotainment options have become more comprehensive.

While you might struggle to get a good internet speed in your truck at the moment, you can expect the technology to improve within the next five years. Eventually, the wifi in a Chevy truck will be as functional as mobile data derived from your phone.

Does Chevy Wifi Work with the Vehicle Switched Off?

The internet in your Chevy only works when your car is on because the wifi is connected to the car’s battery. If you would like to access the world wide web without turning on your car, you can put the Chevy in accessory mode, which means that your lights are on, but the engine is off.

How Much Does the Wifi Cost in a Chevy?

At the time of writing, OnStar offers various plans, and you can choose how much data you would like to purchase.

The standard OnStar plans include features like crash response and emergency services, stolen vehicle assistance, and voice service. When you take out a subscription, you can add on wifi. Currently, the unlimited plan costs $25 per month, but this might change in the future. .

Why Does My Chevy Wifi Not Work?

There are several reasons why your Chevy wifi might not be working. Let’s have a look at some troubleshooting ideas.

If all these troubleshooting tips failed, you should speak to your dealership or the manufacturer. There might be a mechanical issue with your Chevy wifi.