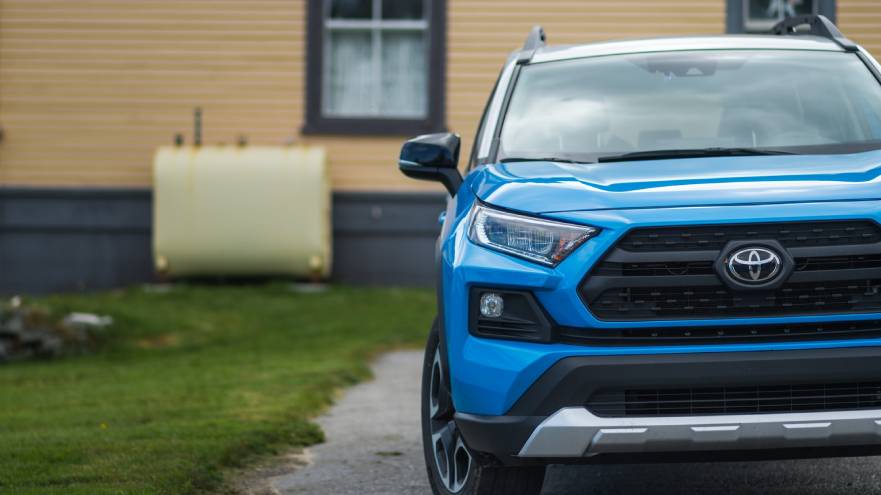 If you’re in the market for a reliable and affordable crossover SUV, the 2013 Toyota RAV4 is a decent option to consider when compared to many of its class competitors.

That said, if you’re looking at buying a used RAV4, the 2013 RAV4 is one year we recommend avoiding, due to its long list of owner complaints.

From engine and transmission issues to paint peeling off the body, as well as a lousy infotainment system, the 2013 RAV4 has certainly had its share of troubles.

In this article, we’ll take a look at some of the most common problems that owners have reported with their RAV4s so that you can be aware of them and avoid potential issues.

One of the most common complaints that owners have about the 2013 RAV4 is that its interior design is flawed in a number of ways. Many owners find that the layout of the dash and controls is inconvenient and confusing, while others have noted that the quality of the materials used inside the RAV4 is relatively poor. Additionally, several owners have reported that their RAV4s have had problems with rattling and other noise coming from the interior trim.

Another common problem is that the vehicle’s infotainment system can be slow to respond to input, and it may freeze up entirely at times. Some owners have also complained about the infotainment system’s impaired visibility due to glare when under direct sunlight. These issues have been known to cause frustration for drivers and passengers alike. The infotainment system also tends to cause problems when trying to pair with a Bluetooth device.

One of the most serious problems that owners of the 2013 RAV4 have reported was some engine issues, such as the engine stalling or shuddering during certain speeds. Several owners have noted that their RAV4s have stalled while driving and had problems with accelerating (this, however, only occurs in the automatic transmission models).

Another common problem that has been reported by owners of the 2013 RAV4 is that their car shudders driving between 20 mph and 50mph. In most cases, this is due to problems with the torque converter not functioning properly.

The water pump in the 2,5L gasoline engine models is prone to cause leaks before the vehicle reaches 100,000 miles (160,000 km) which can cause the engine to overheat.

Another common problem that has been reported by owners of the 2013 RAV4 is paint peeling. Several owners have noted that the paint on their RAV4s has begun to peel and chip off, often in large chunks. This can be quite unsightly, and it can also lead to rust and other damage if the problem is not addressed.

One of the most common complaints about the 2013 Toyota RAV4 is that it has a very bumpy ride. This is especially true when driving on rougher roads or over speed bumps. Many owners have complained that the suspension is not up to par and does not provide a smooth ride.

The rear wheel bearings tend to become noisy and wobbly before the vehicle reaches 100,000 miles (160,000 km). This can be pretty dangerous as it can cause the rear wheels to become loose.

The control arm bushings tend to experience abnormal wear, which causes your ride to be more noisy and uncomfortable. This can cause alignment issues and uneven tire wear.

9. Foul Odor From The Air Conditioner

The 2013 model also suffers from increased mildew buildup in the cabin filter. This can lead to a musty odor in the cabin while the air conditioning is turned on, as well as potentially cause respiratory problems for those with allergies or asthma. The problem can be fixed by replacing the cabin filter, which is a relatively easy job that most car owners can do themselves.

Although the 2013 Toyota RAV4 had its fair share of problems, it’s still a reliable car with an above-average reliability score when compared to its competitors. If you are looking at a 2013 RAV4, it’s good to have a clear idea of the problems the year faced, so you can make sure that they have been rectified before handing over the cash.