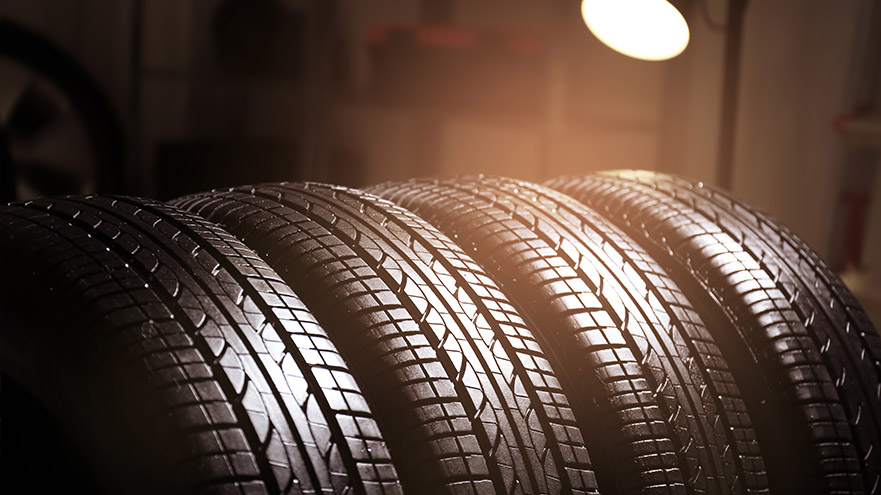 If you need new trailer tires, you may have come across Greenball in your research.

Greenball tires are made by the Greensaver corporation, which is sold through Costco.

You can buy Greenball, and Greensaver branded tires directly from Costco stores or via their online website.

While the resources for buying Greenball trailer tires might be limited, you can always have them shipped directly to you by visiting Costco online.

Where Are Greenball Trailer Tires Made?

Greenball trailer tires are made in China but sold globally.

Here in the United States, Greenball trailer tires are sold through Costco, as discussed above.

If you’re patriotic and prefer to buy American, you’re going to want to steer clear of Greenball and search for an American-made brand of trailer tires.

That said, the improved performance of Greenball trailer tires makes them a viable option for anyone wanting a safe and comfortable ride.

Are Greenball Tires Any Good?

Greenball has expanded its tire supply in recent years.

In doing so, the company has also improved the overall quality of its tires, featuring all-steel construction for added durability and performance.

If you’re concerned about past models and their less-than-stellar performance, you can pretty much put your fears to rest.

And depending on what you’re hauling and how much it weighs, Greenball has a trailer tire for you.

You can find a variety of different options to fit your needs.

Are you looking for a reliable trailer tire to haul a fifth-wheel?

Greenball has you covered, with plenty of options for hauling horse trailers and everything in-between.

And because Greenball makes its tires with durable compounds, you can count on your trailer tires withstanding the normal wear and tear that comes from towing heavy loads.

How Long Will Greenball Tires Last?

Greenball guarantees its tires for 4 years.

That said, many current Greenball owners have yet to experience any issues with hauling trailers of various sizes and weights.

Since the improved models of current Greenball trailer tires are still relatively new, it’s difficult to say with accuracy how long they last.

But judging by what Greenball owners are saying, these are trailer tires built for reliability.

How Do Greenball Tires Compare To Other Trailer Tires?

Thanks to Greenball’s new and improved tire models, which feature all-steel construction, their quality is certainly better than it used to be.

What’s more, real-world experience with them appears to be exponentially better than older models, which were notorious for having issues.

And given the lower price tag of Greenball tires, they are a sound investment if you’re on a budget and need reliable trailer tires on the cheap.

Compared to the competition, Greenball has a lot going for it.

Let’s look at Greenball compared to a couple of other brands to see how they stack up.

As you can see, Greenball fares well against other popular trailer tire models.

The quality of Greenball is much better than it used to be and is on par with much of its competition.

As such, you can trust that you’re investing in a reliable, well-made tire that should serve you well on long hauls.

The Tow-Master ASC, for example, features ultra-premium all-steel construction that is designed to accommodate heavier loads.

These trailer tires have more strength and durability than ever, making them ideal for a variety of weight classes.

It is most suitable for hauling livestock, boats, and utility trailers.

If you have a lot of weight to pull, the Tow-Master ASC is an excellent trailer tire to have to tow your load.

If you often travel on roadways with higher speed limits, Greenball’s Tow-Master SS is right up your alley.

This trailer tire is rated for speeds of up to 81 miles per hour, ensuring that you can safely traverse highways all over the United States without issue.

Not only that, but the stability that this tire offers is equal to that of high-end models.

Thanks to this feature, you’re sure to enjoy a smooth ride when driving up and down the highway.

Which Is Better, Greenball Or Carlisle Tires?

Carlisle trailer tires are rated for only 60 miles per hour.

As such, you may be limiting yourself on what you can haul by using Carlisle trailer tires.

What’s more, Carlisle trailer tires must be inflated to maximum PSI, which can invite all sorts of potential problems on the road.

There are multiple reviews from Carlisle trailer tire owners who state that they have had problems over the years.

One such reviewer equipped his horse trailer with 4 Carlisle trailer tires, only for 3 of them to blow out during a trip.

Having to replace 3 tires is no cheap feat.

Greenball trailer tires, on the other hand, appear to perform better under such driving conditions (i.e., hauling heaving horse trailers over long distances).

Given the affordable price of Greenball tires, they are likely the better choice, both in safety and quality.