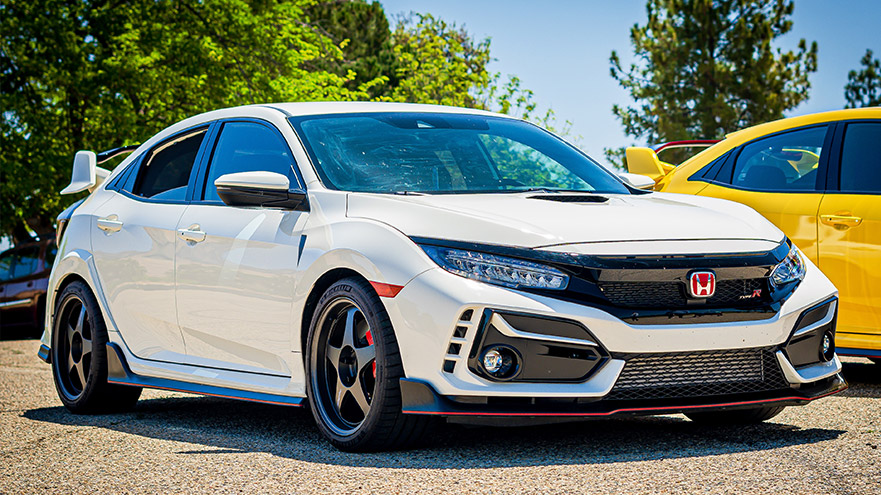 The Honda Civic is one of the most well known cars in the U.S and regular wins awards for being the best compact car.

However, Is a Honda Civic a good first car?

The Honda Civic is an excellent first car because they are ultra reliable cars with low maintenance costs and good fuel economy. They also get excellent safety ratings and hold their value well for when it comes time to sell.

Read on to discover the full list of reasons why the Honda Civic is a good first car, and how it compares to other popular first cars.

Although not the cheapest compact car in its category, a new Honda Civic is still reasonably priced at $21,250.

Especially when you consider that the average cost of a car in the USA is more than $40,000.

Let’s take a look at how the cost of a new Honda Civic compares to similar cars:

Although the Civic costs slightly more on average than other compact cars in its category, you will save money on repair costs and insurance costs due to the Civics reliability.

The Civics overwhelming popularity also means there are lots of great deals to be found if you’re considering buying one second hand.

According to data experts Finder.com, the average annual cost to insure a Honda Civic is $153 per month, or $1,836 every year.

That means Honda Civics are slightly more expensive to insure than the average car.

However, this is mainly due to the compact car category rather than the Honda Civic itself.

When you compare the Civic to other compact sedans in the same category, the insurance costs look pretty good.

As you can see in the table above, the Civics average insurance costs are pretty low compared to the Toyota Corolla and Hyundai Elantra.

As new drivers generally pay more for car insurance, this makes the Civic a great choice if high insurance cost is a big concern.

3. Honda Civics Are Cheap To Repair

If we compare the Civic’s maintenance costs to other similar compact cars, the Civic also scores well.

Only the Toyota Corolla has lower average repair costs at $362 per year.

These low repair costs make the Honda Civic an excellent choice for a first car.

Honda Civics make an excellent first car because they are famously reliable, with very few major problems reported by drivers.

RepairPal awarded the Honda Civic 4.5 out of 5 stars for its reliability, and ranked it 3rd out of the 36 subcompact cars in its category.

Only the Toyota Corolla and Kia Forte5 rank higher

The Honda Civic has a 10% chance of encountering a severe issue that needs repaired, compared to the average of 11% for compact and 12% for all cars.

As you can see from the table above, the Corolla and Kia Forte get better scores here, so they may be better options for you if reliability is your number one concern.

So buying an older second hand Civic might make sense.

Honda Civics are a great first car because they hold their value so well, meaning you will lose much less money on depreciation than your average car.

The average new car will lose around 60% of its value after only 5 years of ownership.

However, the Honda Civic loses only 37% of its value after 5 years.

That means that 5 years of driving a brand new Honda Civic only cost you $7400 (or $1,480 per year) When you consider the money you will have saved on repairs due to the warranty, that’s excellent value.

Only the Toyota Corolla depreciates at a slower rate.

Most modern cars score excellent safety ratings, and the Honda Civic is no different.

The National Highway Traffic Safety Administration (NHTSA) gave the Honda Civic 5 stars for safety after putting the car through a vigorous crash test.

The Honda Civic was also awarded the ‘Top Safety Pick’ by IIHS, who also put the civic through an extensive safety testing process.

The Honda Civic regularly ranks as one of the most fuel efficient cars.

Comparing the fuel economy of several popular first cars, the Civic leads the way, getting up to 32 mpg in the city and 42 mpg on the highway.

These super efficient gas mileage stats should be welcome by any first time car owner.

But which one is the better first car?

This is a very hard question, as the cars are so similar.

Both cars are reliable, cheap to own, hold their value well, and get excellent safety ratings.

They even look pretty similar!

If cost is a big concern, I think the Corolla is the slightly better option.

It’s cheaper to buy, depreciates slightly slower than the Civic, and is 3% less likely to encounter a severe issue.

That said, insurance costs do tend to be a little higher with the Corolla, so the cost savings would be minimal.

If cost isn’t a big concern, then I would highly recommend that you test drive both of them before purchasing.

In my opinion, the Civic is slightly more fun to drive than the Civic.