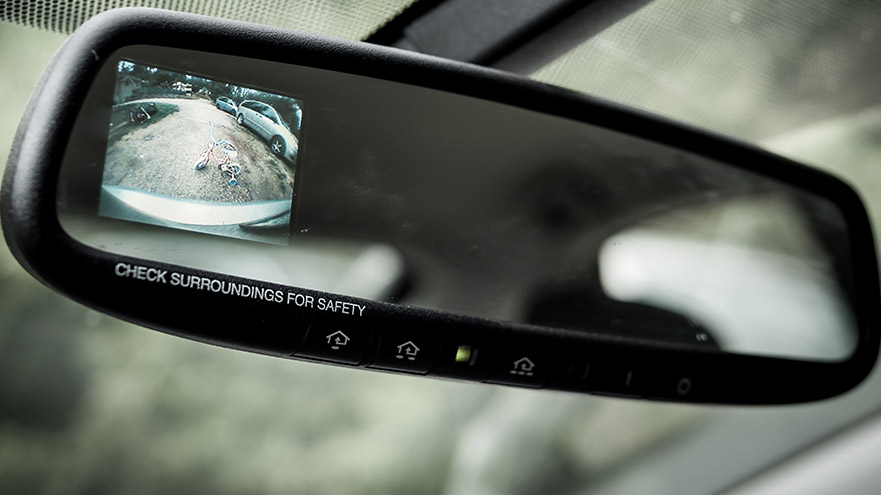 Blind Spot Monitoring (also called blind spot information system) uses a set of sensors on the rear bumpers or side mirrors to detect the presence of vehicles on either side of the Honda and alerts the driver when trying to switch to an occupied lane.

However, not all Honda vehicles come with blind-spot monitoring.

In this article, we will discuss the most popular models in the Honda lineup that have this smart feature and the trim levels where it is offered.

Introduced in the year 2005, Honda Ridgeline is one of the most versatile midsize pickups around. This vehicle offers a roomy cabin, comfortable seats for five people, and a smooth ride, thanks to its independent rear suspension. It also comes with an all-wheel-drive and loads of high-tech features for owners’ safety and convenience.

Other things to love about the Honda Ridgeline include its clever storage compartments and strong V6 engine, which allows for brisk acceleration. On the downside, the four-door vehicle has a clumsy infotainment system, poor fuel economy, and less towing capacity compared to some of its rivals, such as the Toyota Tacoma and Ford Ranger.

The Honda Ridgeline boasts a blind spot monitoring system to increase driver awareness during road trips, and it comes standard on many trims of the vehicle, including the RTL, RTL-E, and Black Edition. However, this helpful feature is not available on the base trim of the Ridgeline – the Sport version.

The Accord is a respected name in the midsize sedan category. Since its debut back in 1982, it has been among the best-selling passenger cars in the US and all around the world. This car is well-loved for its spacious cabin, good-quality interior materials, powerful engines, and sporty handling, which makes it fun to drive.

This popular family sedan also offers a smooth ride and a decent fuel economy, rated 30 mpg in the city and 38 mpg on the highway. The Honda Accord comes with an intuitive infotainment system and plenty of standard driver-assistance features any tech-savvy car shopper would love.

However, the car is a bit noisy, and its low seating position can make getting in and out of your seat a hassle.

Blind Spot information system is offered on several trim levels of the Honda Accord, including the Sport, EX-L, and Touring. However, owners of other trims, such as the LX, and Sport Special edition, will need an upgrade to enjoy this helpful technology in their vehicles.

Launched in the 1970s, the Civic is one of Honda’s oldest vehicles that are still sold today. This hugely popular model is known for its efficiency, durability, and affordability. It comes with an attractive cabin, easy-to-use controls, and comfortable seats for five passengers.

The Honda Civic also has a good amount of safety tech features and class-leading gas mileage, with an EPA rating of 33 mpg city and 42 mpg highway. It is, however, noisier than many vehicles in its segment, and the front seats do not provide lumbar support.

The 2022 model of the Civic also features a blind spot monitoring system but only on the top trim options, namely the EX and Touring models. Other trims of the vehicle, such as the LX and Sport, do not offer this technology, and there is no option to have it included.

The Honda Passport is a top-ranking model in the midsize SUV segment. It offers a spacious interior with comfortable seats for five individuals and plenty of cargo space for your luggage. This two-row vehicle also has an all-wheel-drive, a powerful V6 engine, and a long list of tech features any informed car buyer would appreciate.

Other selling points of the Passport include its rugged styling, composed handling, and hidden storage compartments, where you can store clothes, purses, extra gear, emergency kits, dirty gear, etc., discreetly. On the downside, this Honda model has a not-so-good fuel economy and a higher starting price than many of its peers.

The new Honda Passport also has a blind spot monitoring system, and it comes standard in all trims of the vehicles, including the EX-L, TrailSport, and Elite versions.

The Odyssey is one of the best minivans available in the market. This vehicle is well-loved for its roomy upscale interior, serene ride, and engaging performance on the road. It boasts comfortable seating for seven or eight occupants (depending on the trim), a smooth and efficient V6 powertrain, and an array of modern tech features.

With an EPA rating of 19 mpg city and 28 mpg highway, the Honda Odyssey has a pretty decent fuel economy for a minivan. However, it lacks all-wheel drive, and the highest trim of the vehicle is a bit costly.

Users of the new model of the Odyssey can also enjoy a blind spot monitoring system of their vehicles. It is available on most trims, including EX, EX-L, Touring, and Elite model. Only the base trim level, LX, does not come with this smart feature.

The Honda CR-V stands out in the compact SUV class. It has a roomy upscale interior, two- rows of comfortable seats, and a generous cargo bay that can accommodate plenty of luggage

items. And thanks to its small size and responsive handling, this vehicle is easy to drive and not difficult to park.

The CR-V boasts a standard all-wheel-drive, powerful 2.4-liter engine, and frugal fuel economy – rated 28 mpg city and 34 mpg highway. It also packs a lot of desirable safety features to protect the drivers and passengers while on the move. The two main downsides of this vehicle are the lack of many standard features on the base trim and its clumsy infotainment system.

The blind-spot monitoring system is also included on the latest Honda CR-V, and it can be found on the top-tier trims, such as EX, EX-L, and Touring. However, this feature is lacking in the base trim, LX, and the Special Edition version of the vehicle.

The Honda Pilot has everything you want in a crossover. It is roomy, strong, and reliable and boasts a well-designed cabin with welcoming seats for eight people. Some trims also come with an all-wheel-drive, allowing for better traction and control on slippery surfaces.

This three-row vehicle boasts a powerful V6 engine, a lengthy list of safety features, and a decent fuel economy, rated 20 mpg in the city and 27 mpg on the highway. However, it has a non-intuitive infotainment system and a slightly higher base price than many of its competitors.

Honda also offers blind-spot monitoring in the latest Pilot model, and it comes standard on all the trim levels of the vehicle, namely EX-L, Special Edition (SE), Touring, Elite, and Black Edition.

The Insight is the first hybrid car produced by Honda. It has a similar size and shape as Honda Civic but offers better gas mileage. This vehicle boasts an attractive cabin, comfortable seating for five people, and a good amount of driver-aid features.

Other strong points of the Honda Insight are its smooth driving, budget-friendliness, and large cargo space for hauling bags, groceries, and other items. However, it has a noisy engine and is less agile than many of its rivals.

The blind spot information system is also offered on this Honda model. It is available on the top trims, such as EX and Touring, but lacking on the base trim level of the vehicle, the LX version.