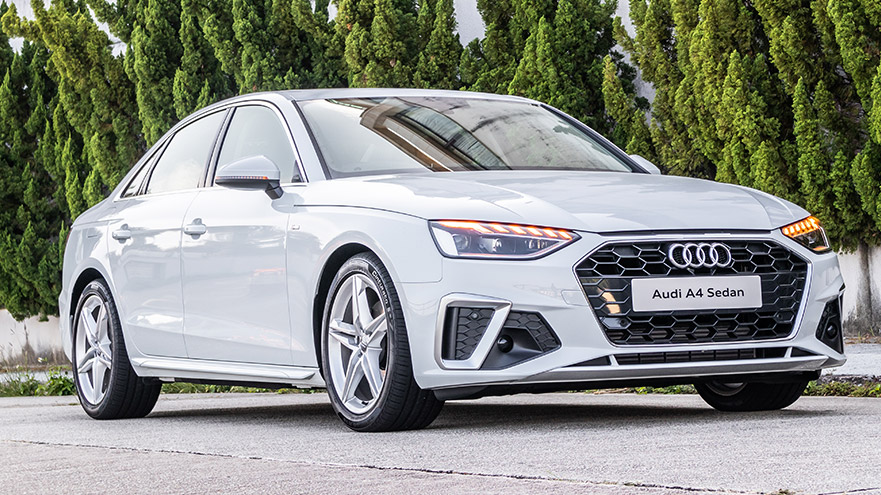 The A4 is Audi’s popular entry-level luxury sedan. Launched in 2002, the A4 has continually improved and is now a well-rounded car that stands out for its flashiness in the luxury small car market.

However, before buying a new or used Audi A4, it’s important to know how long you can expect it to last.

Despite Audi’s reputation for poor reliability, with proper care and maintenance, the Audi A4 should last at least 150,000 to 200,000 miles. If you were to drive an average of 13,500 miles a year, a new A4 should last between 10 to 15 years. However, there are many reports of A4s lasting much longer than this.

Continue reading to find out how reliable the Audi A4 is if it’s expensive to maintain, and what years you should avoid buying second-hand.

How Many Miles Do Audi A4 Last?

However, there are numerous reports of Audi A4 still running well after the 200,000-mile mark. If you go on popular A4 Facebook groups, you’ll see plenty of people with A4s that have over 300k on the clock.

The number of miles your A4 will last really comes down to ownership, and how well the car was maintained, as well as a bit of luck.

Should You Buy A High Mileage Audi A4?

I’ve heard people say that you should avoid high-mileage luxury cars like the A4, but I don’t agree with that. What’s way more important than high mileage is the cars service history, previous owner, model year, and how you intend to use it.

For example, if you’re looking at a high mileage A4, and the car was used as a company car, you can almost guarantee that it was driven hard and poorly maintained. Whereas, if you’re buying a high mileage A4 that has one or two previous owners, and an excellent service history, you can expect it to last much longer.

As long as it has good service history, I would be happy buying an A4 with up to 150k miles on the clock.

Unfortunately, there is no set number of miles that are too many for an Audi A4. Instead, you have to consider the car’s history and your intended usage.

Does The Audi A4 Hold Its Value?

Audis are usually known for holding their value well.

Unfortunately, that’s not the case with the Audi A4.

According to an Iseecars study, the Audi A4 is the 6th highest depreciating car under $50,000.

You can expect a new Audi A4 to depreciate by a whopping 64.4% after 5 years of ownership.

However, compared to other luxury cars, the A4’s depreciation rate doesn’t look that bad (see table below)

Luxury vehicles like the Audi A4 tend to depreciate at a faster rate than other vehicles.

The main reason for this is that they are becoming less popular and are expensive to buy new, which means that the cost has to come down much more to make them attractive to the second-hand market.

Is The Audi A4 A Reliable Car?

Even though Audi is known for its solid engineering, the A4 has got a surprisingly mixed record on reliability. Whether your Audi A4 is reliable really depends on the year you choose.

Number of Audi A4 Owner complaints via CarComplaints.com

The 2009 to 2014 Audi A4s are generally considered very unreliable and should be avoided. The A4 was redesigned in 2009 (the B8 series) they had a very bumpy start, with lots of owner complaints and horrible reliability scores from sites like Consumer Reports.

However, Audi managed to resolve most of these issues by the time the 2015 A4 was released, which scored top marks for reliability and got relatively few owner complaints.

The A4 was redesigned again in 2017 and again scored poor reliability marks during the redesign year, with a higher than average number of owner complaints

Most Common Audi A4 Problems

All cars encounter problems from time to time.

Early editions of the A4 encountered lots of problems due to the fact that Audi was using cutting-edge car technology.

Many problems simply didn’t rear their heads until they were tested in the real world.

Therefore, although the issues below are the most commonly reported, they are mainly associated with older Audi A4 models and have been fixed in the newer version (2015 onwards)

If you’re buying a second-hand A4, make sure that any prior problems have been fixed using official Audi parts and by an Audi-affiliated garage

Is the Audi A4 Expensive To Maintain?

The Audi A4 is considered a luxury vehicle, so it’s naturally going to be more expensive to maintain than economical family cars.

However, compared to cars in the luxury compact category, their repair costs are actually pretty reasonable.

However, RepairPal also gives the Audi A4 a 13% chance of a repair being a severe issue, which is slightly more than to the 12% average for cars in its class.

How Long Do Audi A4 Tires Last?

Every new Audi comes with a 2-4 year tire warranty (from the tire manufacturer, not Audi)

Assuming that the tires are properly maintained, most experts agree that they should last between 50,000 and 60,000 miles. Of course, this range will vary depending on the specific model of Audi A4 and the type of tires that are installed.

For instance, models equipped with high-performance tires may only get 30,000 to 40,000 miles out of them before they need to be replaced.

Conversely, models with all-season or winter tires may be able to go 60,000 miles or more before they need to be replaced. Ultimately, it all comes down to taking care of your tires and knowing when it’s time for a change.

How Long Do Audi A4 Engines Last?

Audi A4 engines are designed to last for at least 200,000 miles with proper care and maintenance. However, many factors can affect the lifespan of an engine, such as the quality of the oil used, the frequency of oil changes, and the driving habits of the owner.

For example, if an owner regularly drives in stop-and-go traffic or frequently tows heavy loads, their engine may not last as long as someone who primarily drives on the highway.

With proper care and regular maintenance, however, most Audi A4 engines will last for well over 200,000 miles.

How Long Do Audi A4 Brake Pads Last?

Audi A4 brake pads are designed to last anywhere from 25,000 to 65,000 miles. However, the lifespan of your brake pads will depend on a number of factors, including your driving habits and the severity of your local roads.

For example, if you live in an area with a lot of stop-and-go traffic, you can expect your brake pads to wear down more quickly than someone who lives in a rural area.

Similarly, if you frequently haul heavy loads or drive in extreme weather conditions, your brake pads will also need to be replaced more frequently.

Ultimately, it’s important to have your brakes inspected regularly by a qualified technician to ensure that they are in good working order.

Although the early years of the A4 (2002-2011) have poor reliability, newer models (2015 onwards) are seen as very reliable and should last a long time.

Keep in mind, however, that the A4 is a luxury sedan, built with a focus on performance, it’s therefore going to cost you significantly more to maintain than your average car.

That said used Audi A4s represent excellent value for money due to the fact that they depreciate so much after the first few years of ownership.