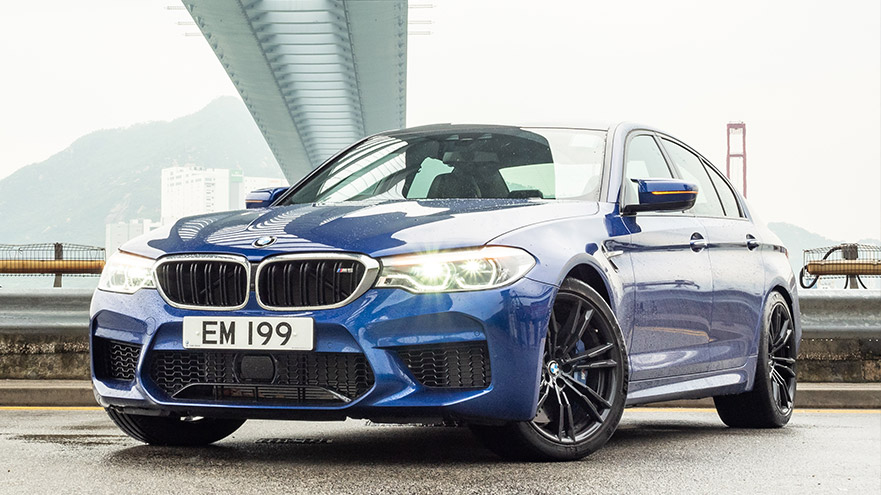 The BMW 5 Series combines comfort, power, and high-tech features in a customizable sedan that boasts luxury and radiates success. The 5 Series carves corners during road tests and turns heads when it’s standing still.

However, this show of power comes at a hefty price. Since the BMW 5 Series costs more than many or its midsize luxury rivals, the BMW’s longevity will have to tip the scales in its favor.

So, how long does a BMW 5 Series last?

Continue reading to find out how reliable the BMW 5 Series is, if it’s expensive to maintain, and what years you should avoid buying used.

How Many Miles Does A BMW 5 Series Last?

Reports show that many models can last up to 370k miles, but this kind of longevity can be reached only after several costly repairs and replacements keep the car on the road.

First, buy the right 5 Series, and the right one is not a 4-cylinder.

Even a defense of the smaller engine fails to overcome the slight price difference–often around $5,000–between the 4-cylinder and the inline-six that the BMW is better known for.

While the 4-cylinder has competitive luxury and comfort, it lacks the driving thrill that makes a BMW fun.

Furthermore, the smaller engine can’t be expected to last as long as the larger V8 or inline-six.

Other than following obvious maintenance routines, overhauling the cooling system after 100k miles is key to maintaining these cars.

The BMW engines and transmissions are famous for their strength and longevity, but the specialty German parts that make the car fun to drive can be terribly expensive to replace.

The BMW 5 Series is considered a reliable midsize luxury car.

According to Consumer Reports, the 2021 BMW 5 Series scores a 3/5 in predicted reliability based on the average reliability over the previous three years. How does that compare to other cars in its class?

BMWs are known for their reliable engines and transmissions, so a 5 Series built during a dependable model year can be a reliable luxury vehicle.

Model year 2020 is the most reliable for the BMW 5 Series.

Consumer Reports ranked the 2020 5 Series #1 for reliability among sedans based on their Predicted Reliability score (5/5).

Let’s compare the reliability of the 5 Series in recent model years.

The previous generation showed some improvement as BMW worked out some problem areas, so the 2015 and 2016 models should be considered relatively reliable used cars.

When looking at older 5 Series Models, Driving ranked the 1996-2003 model years (fourth generation) as the best, noting a stronger engine and improved handling.

Generally, the sixth generation (2011-2016) is considered the least reliable for the BMW 5 Series.

While the generation’s appearance draws most of the criticism, the 2011-2013 models’ reliability scores only 1 out of 5 from Consumer Reports.

Although the 2018 received a low Predicted Reliability score from Consumer Reports, the model year is surrounded by relatively high reliability scores by the 2017 and 2019 models within the same generation.

Furthermore, US News ranked the 2018 #1 in luxury midsize cars, so this model year may deserve a second look.

Are BMW 5 Series Expensive To Maintain?

The BMW 5 Series is highly expensive to maintain.

Let’s compare the maintenance cost of the BMW 5 Series to other cars of its class.

Even if we compare the 531i to the Audi and Cadillac featured here, notice that the BMW is much more likely to have shop visits each year, and those visits are more likely to require severe repairs, meaning the car will not be available for transportation during that time.

These costs should definitely be taken into consideration when buying a used BMW 5 Series, especially one that has passed the warranty, consult a local specialized shop before handing over the money.

Unless you are a serious and specialized BMW DIYer, you’re going to have to meet the BMW mechanic eventually, so establish that relationship before you make the purchase.

While the BMW engines are generally considered reliable, the 5 Series does have some recurring problems.

Many sites also list problems with the electronics, especially any parts related to infotainment and back-up cameras.

A BMW 5 Series battery generally lasts for 3 to 5 years.

The BMW 5 Series engine will probably be the last part to fail. With routine

maintenance, the BMW’s engine should last at least 200k miles and 15 years.

Brake pads should be inspected at 30k miles and replaced before 70k miles.

If the car is driven mainly in-town with a lot of braking, the pads will probably need to be replaced around the 30k-mile mark.

Less constant stopping situations will mean that the pads will last longer, but they should still be inspected at the early stage for safety.

Tires for a BMW 5 Series should last 50k to 60k miles depending on tire brand.

How To Make Your BMW 5 Series Last Longer?

BMWs in general are built with driving enthusiasts in mind.

They will last longer if their miles come from extended trips rather than from daily jaunts to the nearby supermarket.

One of the keys to monitoring the health and ensuring the longevity of a BMW is to keep an eye on the engine temperature.

Many of the BMW’s major problems begin with higher engine temperatures as a symptom.

Other than that, follow the maintenance schedule habitually to save your investment.

Compared to competitors like the Mercedes-Benz E-Class, the 5 Series is more expensive to purchase and to maintain, but the BMW performs better on road tests and is praised by owners as more fun to drive.

As far as life expectancy, the BMW 5 Series will last as long as the owner is willing to replace parts and service the machine.

You’re almost guaranteed to have a great time if it takes every penny you’ve got.