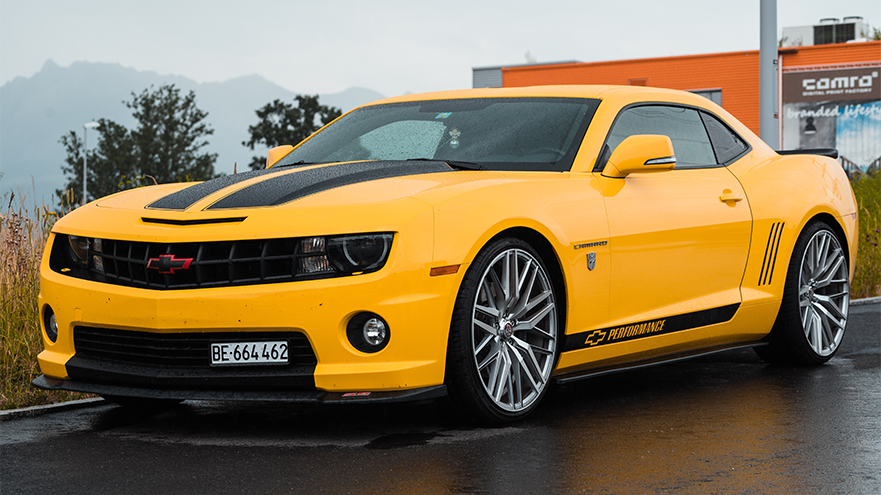 The Chevy Camaro exudes the style and performance that makes it one of America’s classic sports cars.

But just how long do Chevy Camaros last?

Continue reading to find out how the Chevy Camaro’s longevity compares to other mid-size cars.

How Many Miles Does The Chevy Camaros Last?

Every Camaro that rolls off the assembly line has the potential to reach more than 150,000 miles.

Camaros are high-powered sports cars that are usually bought to be driven hard and fast.

This style of driving does not lend itself well to prolonging the life of a car.

The Camaro’s longevity depends on the owner’s choices.

A Camaro that is revved high and ridden hard every day will not see as many days or miles without expensive repairs or restoration.

How Long Does The Chevy Camaro Last Compared To Similar Cars?

A Chevy Camaro should last as long as its major sports car competitors.

Let’s see how the Camaro compares to other cars in the sports car category.

The Camaro earned lower reliability scores in the J.D. Power ranking than the Ford Mustang or the Dodge Charger.

The Camaro made up for that by scoring better overall.

RepairPal gave the Camaro a reliability rating of 3.5/5 based on average for all years.

Let’s see how that score compares to other sports cars.

The Chevy Camaro’s reliability rating places it in the middle of the pack with its familiar Ford and Dodge competitors.

The 3.5/5 ranking is lower than the 4/5 average ranking for all mid-size vehicles.

What Year Is The Most Reliable Chevy Camaro?

Let’s look at the reliability ratings since the Camaro’s production comeback in 2010.

Not everyone agrees on the reliability of these model years.

Are Chevy Camaros Expensive To Maintain?

The Chevy Camaro is a relatively inexpensive car to maintain compared to other sports cars. According to RepairPal, the average annual repair cost of the Camaro is $585.

Let’s see how the Camaro’s average cost compares to other vehicles in its class.

RepairPal considers the Chevy Camaro to have average costs with a relatively low annual repair price.

How Many Miles Are Too Many For A Chevy Camaro?

Looking at the average lifespan of a Camero, I wouldn’t recommend buying one that has over 80k miles on it.

However, the Camero’s previous history is just as important as mileage.

Make sure that it’s been regularly serviced and doesn’t have any modifications.

I’d rather buy a well-cared-for Camaro with 50k miles on the clock than one that was neglected with 30k on the clock.

As with any car, some parts will need replacement at some point.

According to a 2020 MotorBiscuit article, many unexpected replacements are related to the ignition lock cylinder in the anti-theft system, the window regulator motor, and the hood latch.

Do Chevy Camaros Hold Their Value?

The Chevy Camaro holds its value at least as well as its competitors.

According to HotCars, “the market looks to be rising” for the Chevy Camaro.

If you find the right price, you “might even be able to sell a used Camaro for more than you paid for it in a few years.”