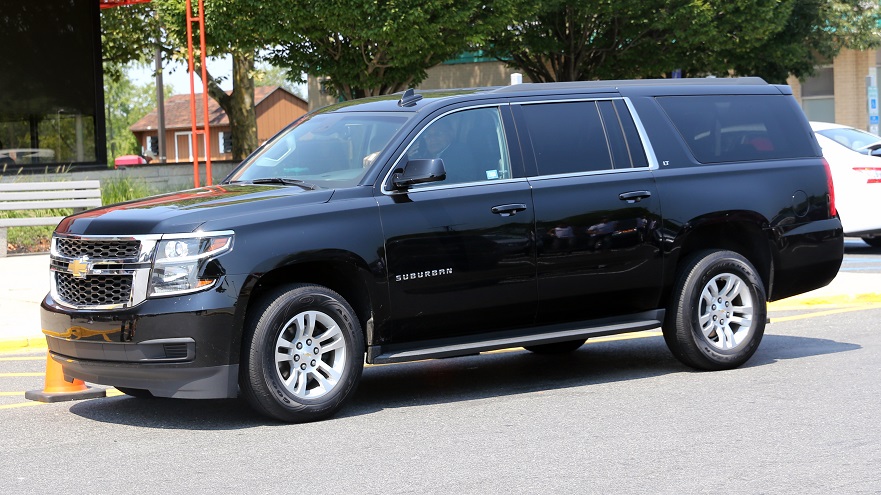 The Suburban, Chevy’s largest SUV, is known best for its comfort and power, but what about its longevity?

How long do Chevy Suburbans last?

A well-maintained Chevy Suburban should easily reach 200,000 miles of service and can often reach 300,000 miles. Based on driving an average of 13,500 miles per year, you can expect a Chevy Suburban to last for approximately 15 years.

Continue reading to find out how the Chevy Suburban compares to similar SUVs and if they are expensive to maintain.

How Many Miles Do Chevy Suburban’s Last?

Except for Toyota’s Land Cruiser and Sequoia, the Chevy Expedition’s longevity compares well to other SUVs.

ISeeCars ranked the Chevy Suburban in 4h place when comparing the percentage of full-size SUVs that reach 200,000 miles.

The Suburban even maintains its number 4 spot when compared to other vehicles expected to reach 300,000 miles with 0.2% expected to see that milestone.

The Suburban’s ranking seems even more respectable considering that the top 9 SUVs match the top 9 vehicles in all categories to reach 200,000 miles, with only the Lincoln Navigator dropping from the top 10.

Overall, the Chevy Suburban is renowned for being a reliable SUV.

However, as with most vehicles, some years are more reliable than others.

The 2021 Suburban earned a 3 out of 5 reliability rating from RepairPal with a 15% chance of needing severe repairs being a major issue.

Let’s look at how the Suburban stacks up to other SUVs and to the overall average.

Consumer Reports gives the 2021 Suburban 2 out of 5 “Predicted Reliability” points, a score that combines both survey results and technical inspection to make a prediction about the newest model’s reliability.

While the 2021 reliability prediction seems relatively low, the more recent years show improved reliability with both the 2018 and 2019 models scoring 5 out of 5.

Additionally, the “Predicted Owner Satisfaction” for the 2021 model earns 4 out of 5 points, a reasonably high score considering that the owners’ satisfaction remains high even when reliability declines.

The Suburban’s engine and transmission trend more reliably than the body itself, with seals, water leaks, and general noise causing the first reliability issues.

What Year Is The Most Reliable Chevy Suburban?

Going back even further, a well-maintained 1995 or 1996 Chevy Suburban can be a dependable bargain at the right price.

Of course, later models from 2008 and after could still be relatively reliable as long as the engine remains strong and the transmission has avoided a history of constant repair.

Although these models shouldn’t be totally ruled out, the following model years should be inspected more thoroughly, especially after reaching 200,000 miles:

Most of the newer models can be considered fairly reliable with the 2018 and 2019 years trending up for reliability.

Beyond these recent models, the model years directly after a major redesign seem to be less reliable than those before a redesign.

Looking at the older models, CarGurus reports that most models can be considered generally reliable.

Suburbans produced in 1995, 2006, 2008 and any newer Suburban should be reliable as long as they have been treated right.

Unless the newer 2018 or 2019 is in the price range, the 2008 seems to fall right in the sweet spot, being an older model that has several improved upgrades and a higher reliability rating.

The 2002 model is also recommended if it can be found at a bargain price.

Beyond that, the 1995 and 1996 models may have some life left depending on mileage and maintenance record, but buying models before 1990 could be risky considering the lack of ABS and ability to keep up with modern highway speeds.

Are Chevy Suburbans Expensive To Maintain?

The Chevy Suburban is expensive to maintain compared to the average vehicle in its class.

Let’s compare the Suburban’s average annual repair cost to that of other full-size SUVs.

Although Chevy Suburbans are more expensive to maintain than other SUVs in this class, the vehicle may be easier to maintain due to the sheer availability of parts. Suburbans share many parts with other General Motors models.

This availability of parts could also contribute to the model’s longevity.

However, the unavoidable wear and tear on a 300,000-mile Suburban makes purchasing one a lot riskier.

The Chicago Tribune reported that Chevy Suburbans “are regularly bought and sold” even after they have amassed over 200,000 miles.

Buying a Suburban after 200,000 miles and even up to 300,000 miles isn’t necessarily a bad idea, but older and higher-mileage vehicles require more thorough inspections.

The service history should be inspected mainly for high-priced repairs because engine problems have been known to recur as a pattern once problems begin, especially for the 2007 and 2009 model years.

Look especially for reports of excessive oil loss, especially if this occurred when the vehicle was relatively new (< 60,000 miles).

After 300,000 miles, the Suburban can still be valuable and may still run for another 100,000 miles or more, but the way the vehicle has been used should be taken into consideration.

People have reported taking cross-country trips in their 500,000-mile-plus Suburban, but we wouldn’t recommend trying that in a 300,000-mile SUV that has been used for offroading or heavy construction.

How Many Miles Is Too Many For A Suburban?

This really depends on the history of the vehicle and what you plan to use it for.

For example, if you plan to use the vehicle for long trips or hauling large loads, buying a Chevy SUV with 250,000+ would not be a good idea.

Buying any vehicle with over 200,000 miles on the clock requires careful inspection of the service history.

Similar to the majority of its competitors, 0.2% of Suburbans will even make it to 300,000 miles.

That said, a few Chevy Suburbans have even been reported passing the 500,000 mile mark.

Ultimately, the exact mileage doesn’t matter as much as how the vehicle has been used and maintained.

A vehicle generally travels 12,000 to 20,000 miles per year as normal use, but a Suburban that has been used for hauling heavy equipment will not see as many miles as one used for highway transport.