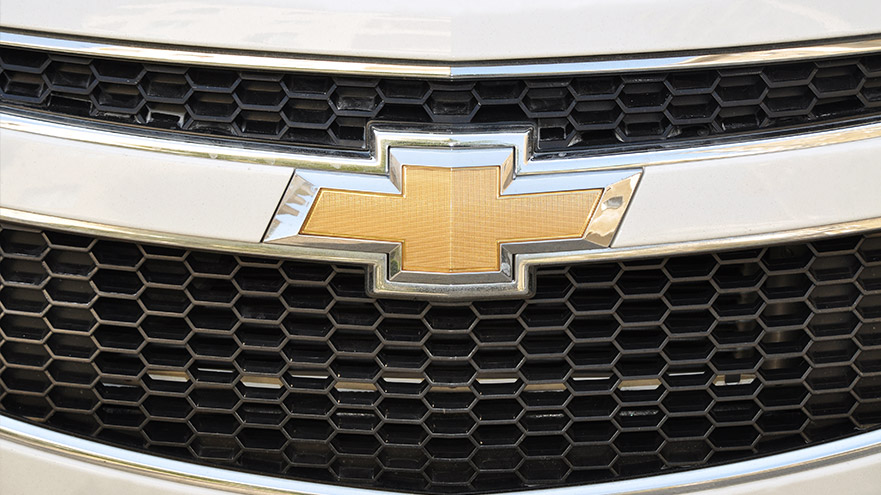 Chevy, or Chevrolet, is a brand that was acquired by General Motors (GM) in 1911.

Chevys are well-known for their reliability and long lifespans when cared for properly. They are also not too expensive to repair.

But how long do Chevys last?

A well-maintained Chevy typically lasts around 200,000 to 300,000 miles before major repairs are needed. Based on an average annual mileage of 15,000 miles, Chevys last anywhere from 13 to 20 years.

Keep reading to find out if Chevys are reliable, which models are the most reliable, and whether Chevys hold their value. Then, compare Chevys vs. Fords and get the scoop on how expensive Chevys are to maintain.

How Many Miles Does A Chevy Last?

Although there are reports from Chevy owners of vehicles lasting up to 400,000 miles, the average well-maintained Chevy can last anywhere from 200,000 to 300,000 miles.

Performing regular maintenance and care according to the manufacturer’s instructions is the best way to make a Chevy last.

How Many Years Do Chevys Last?

According to the manufacturer’s guidelines, Chevys last anywhere from 13 to 20 years with routine maintenance based on an average annual mileage of 15,000 miles.

That said, the number of years a Chevy will last depends on a number of factors, such as its maintenance record, your driving style, and the weather conditions it is driven in.

Is Chevrolet Really That Bad?

Even though Chevy cars had a bad reputation in the up until the late 90’s, newer Chevy cars and trucks are manufactured much more thoughtfully, so they’re not bad vehicles overall.

The accolades that Chevy has received for reliability and dependability prove that they are great vehicles.

According to Consumer Reports, Chevy cars and trucks rank with reliability scores ranging from 44-78 out of 100.

Chevrolet vehicles have a long list of awards bestowed by reputable sources.

According to Chevrolet’s official website, here are a few of the most prestigious ones:

Chevys are above average when it comes to reliability.

An August 2021 U.S. News and World Reports article gave Chevy a score of 85/100 for reliability, which ranked it 3rd out of the 23 most reliable vehicles across all brands.

JD Power awarded Chevy with their dependability award from 2000-2017.

What Are The Most Reliable Chevy Models?

The most reliable Chevy models are the Bolt, Silverado 2500HD, and Equinox.

The Chevrolet Bolt is the brand’s most reliable compact car, receiving a perfect 5/5 for reliability, according to Consumer Reports.

Chevy’s Silverado 2500HD is the most reliable truck in their lineup.

It scored 81/100 for reliability, which ranked it first out of 4 top contenders for the JD Power dependability award.

U.S. News and World Reports ranked the Chevy Equinox 7th out of 39 for the best compact SUVs.

The same article scored the vehicle an 8.3 out of 10 for reliability.

What Are The Least Reliable Chevy Models?

The least reliable Chevy models are the Colorado, Malibu, and Suburban.

The Chevy Colorado is one of Chevy’s least reliable trucks.

Consumer Reports rates this model a 2 out of 5 for reliability, especially years 2017-2019.

The 2013 and 2016-2018 Chevrolet Malibu appeared in a January 2021 article for used cars to avoid buying due to below-average reliability.

Chevrolet Suburbans are the least reliable SUVs under the Chevy umbrella.

RepairPal ranks Suburbans 11th out of 14 for full-size SUVs.

What Is Considered High Mileage For A Chevy?

High mileage for a Chevy car or truck is believed to be around 150,000 miles.

However, a well-maintained Chevy can last up to 300,000 miles or more.

So if you’re considering buying a high mileage used Chevy, pay careful attention to the owner history and maintenance record.

Chevys can definitely last 200,000 miles and up with proper care and maintenance.

While one couple got their Chevy to last more than 1.2 million miles, this is certainly not the norm.

On average, Chevy cars and trucks are expected to last about 200,000 to 300,000 miles, depending on maintenance, care, and climate.

Do Chevys Hold Their Value?

Chevys have a pretty average depreciation rate when it comes to holding their value.

CarEdge reports that Chevy has a resale value of 56.79% after the first 5 years of ownership.

That places them 7th out of 24 car brands.

For comparison, Subaru ranks in first place, with a 60.70% resale value after the first 5 years.

While the Silverado and Corvette consistently ranked in the top 10 on CarEdge for the least amount of depreciation, poor performance across other models drags their average down.

CarEdge reports that 2019 Chevrolets hold their value the best.

2019 Chevys are generally worth about 72% of their selling price and still have 83% of their life left.

2017 and 2018 model Chevys are also great contenders for holding their value and are worth over 60% of their original value with 66.7% and 75% of their life remaining, respectively.

Do Chevys Last Longer Than Fords?

Our research was confused that Ford is generally slightly more reliable than Chevys, and therefore can be expected to last longer.

This is backed up by a USA Today, which found that Ford cars seem to last longer than Chevys.

According to the USA Today article, 4.3% of Ford F-250 Super Dutys are still on the road after 200,000 miles, while only 3.6% of Chevy Silverados and Suburbans last the same amount of mileage.

Repair Pal also rates Chevy one spot above Ford for reliability, with Chevy placing 20th and Ford 21st out of 32 vehicles across all brands.

Overall, Fords may last a little longer than Chevy, but the difference is small.

Since Ford has only an edge of less than 1% over Chevy, it’s safe to say that Chevy is a safe bet for longevity.

Are Chevys Expensive To Maintain?

When compared to other brands, Chevys have pretty average maintenance costs.

Your Mechanic ranks Chevy 16th out of 30 on their list of the most expensive vehicles to maintain over a 10-year timespan, citing an $8,800 estimate for maintenance over a decade.

Repair Pal states that the average annual cost of repairs on Chevy cars and trucks is $649.

The average for similar vehicles is $652.

How Long Do Chevy Tires Last?

Chevy tires should last around 50,000 miles on normal terrain and with careful driving.

According to Chevrolet, tires should be changed any time the tread wear indicators read less than 2/32 inches, or if bulges, splits, cracks, or wires are visible anywhere on the tire.

Chevrolet also states that tires should be rotated every 7,500 miles to get the most extended life.

How Long Do Chevy Batteries Last?

Chevy batteries can last up to ten years, depending on the battery type.

Electric and hybrid batteries last the longest, around ten years or 150,000 miles, according to an interview with the Director of Global Battery Systems Engineering at General Motors, Chevy’s parent company.

Diesel, petrol, and gas batteries last slightly less long, coming in at an average of 3-5 years, according to Chevy owners.

Areas with extremely hot, humid, or cold climates can negatively impact these figures since extreme weather takes a toll on battery terminals.

Routinely checking battery terminals for any signs of corrosion and ensuring tight connections is the best way to extend the life of Chevy batteries.

How Long Do Chevy Engines Last?

Chevy engines can last anywhere between 200,000 to 300,000 miles as long as they are properly maintained.

This means that when taken care of, these engines should last anywhere from 13 to 20 years.

According to users on one Chevy forum, engines can even last over 400,000 miles with religious maintenance and care.

Performing regular oil changes, keeping the gas tank full, and fixing engine problems soon after they occur are all examples of things that can extend the life of Chevy engines.

How To Make A Chevy Last Longer

The best way to make a Chevy last longer is to follow the manufacturer’s instructions for maintenance and care.

According to Chevrolet, here are some of the most critical maintenance items to make Chevys last longer:

Overall, Chevys are reliable vehicles that can be expected to last up to 300,000 miles or 20 years before major repairs are needed.

They hold their value about as well as similar vehicles and are average when it comes to repair and maintenance costs.

Performing regular maintenance and taking care to drive conservatively are the best ways to get the most life out of Chevy cars and trucks.