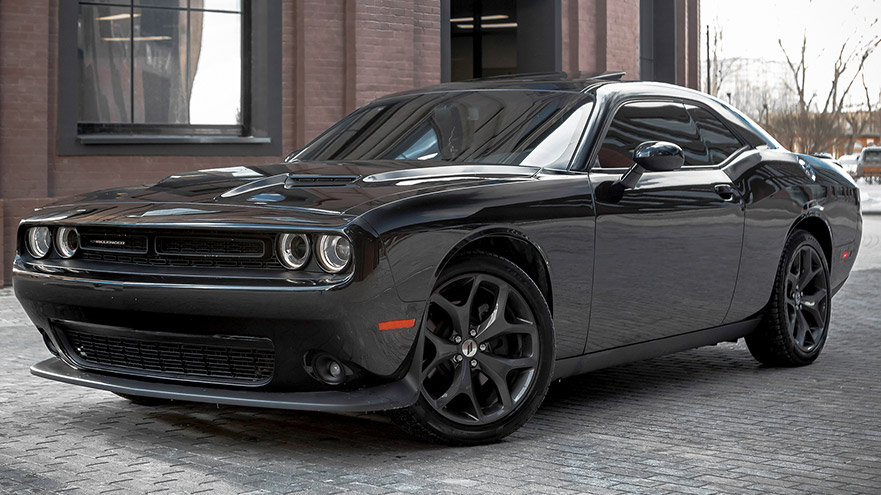 The Dodge Challenger was designed for racing and turning heads, not for it’s longevity

How long do Dodge Challengers last?

A well-maintained Dodge Challenger should last 200,000 miles (or 15 years) based on driving 13,500 miles per year. The Challenger can last even longer with proper maintenance and occasional repairs to the body and transmission.

Continue reading to find out how the Dodge Challenger compares to other muscle cars.

We’ll also discuss how expensive they are to maintain and how well they hold their value.

How Many Miles Do Dodge Challengers Last?

Like most cars, the Dodge Challenger’s longevity depends on maintenance, which will extend the engine’s life well beyond 200,000 miles into the 300,000-mile range.

Maintaining the Challenger means not only changing the oil, but also the brake pads, tires, and other safety features that keep the Challenger and the driver on the road.

Along with these mechanical features, Dodge Challenger owners have to keep an eye out for body and chassis problems, especially rust that appears around the tire and fender.

Dodge injects foam inside the rear fender, and the foam has been known to trap water and encourage rust.

The rust issue has caused many owners to remove the foam entirely, especially owners who live in areas where roads are salted in the winter or flooded with salt water along the coast.

While the Dodge engines will generally last for the long haul, the Challenger’s tendency to become a “rust bucket” often takes the car off the road before the engine or the owner are ready to quit.

How Long Do Dodge Challengers Last Compared To Other Muscle Cars?

The Dodge Challenger rates higher than most muscle cars, according to a 2020 iSeeCars study.

The study defined “muscle cars” as American coupes and sedans with V8 engines and either rear-wheel or all-wheel drive. The graph shows the percentage of cars sold that made it to 150,000 miles.

While Dodge should be proud that two muscle cars made the list, the Challenger has only 0.5% reaching 150,000 miles.

While the 200,000-mile mark is possible for the high performing Dodge Challengers, the probability seems less considering the relatively low number that reach 150,000 miles.

Along with this lower probability, the average maintenance cost as determined by RepairPal, takes into account all Challenger options, including the V6.

Many owners will proudly show 300,000 to 400,000 miles on their Challengers’ odometers, but considering the probability of reaching 150,000 miles and the average annual maintenance costs, owners have to treat the Challenger like it’s not just any car.

If a Dodge Challenger reaches or exceeds 200,000 miles, it will need regular maintenance and an owner who catches small problems early.

The Dodge Challenger is one of the most reliable sports cars on the road.

Challenger owners will also show frustration that Dodge has never fixed the foam issue that causes rust, except in the Dodge Demon that had so many issues of its own that it was taken off the market.

Having said that, the experts agree that compared to other sports cars, the 2021 Dodge Challenger can be counted on as a reliable car.

Consumer Reports rated the 2021 Challenger’s “Predicted Reliability” with a perfect 5/5. Let’s see how other sports cars compare to the Challenger’s score.

At some point, potential buyers simply have to weigh the “wow factor” of a sports car versus the reliability of a mid-size car.

Still, the Dodge Challenger has “above average” reliability no matter how it’s categorized.

As with all cars, some years are better than others.

Let’s look at the best years for the Dodge Challenger and what years to avoid.

The modern Dodge Challenger’s earliest years (2008-2009) and the latest years are the best.

According to CarComplaints, the model years improve for the Dodge Challenger the further they get away in each direction from the 2012 model.

This graph shows the number of complaints for each model year since the Third Generation began in 2008.

The most common reported problems for the Dodge Challenger stem from the electrical system, and a failing alternator seems to cause the most problems overall.

The electrical system caused 22 of the 69 reported problems for the 2012 model, and the alternator caused 14 of those 22 electrical problems.

Let’s look at how the ranking and reliability scores have changed over the years.

Are Dodge Challengers Expensive To Maintain?

The Dodge Challenger has average maintenance costs, according to RepairPal.

Let’s look at how the Dodge Challenger compares to other mid-size cars.

Dodge Challenger parts can be expensive to replace.

Fixing problems can become even more expensive with the Challenger since many problems are caused by electrical system failures.

Often, electrical problems raise labor prices when the exact failure has to be tracked down.

Let’s look at the cost to replace Dodge Challenger parts.

Do Dodge Challengers Hold Their Value?

The Dodge Challenger holds a high resale value compared to its closest competitors.

Prospective owners will have to deal with the challenges of owning a Challenger.

The foam in the fender retains water that encourages rust, the alternator quits early in the car’s life, and the heavy Dodge Charger body corners poorly compared to other sports cars.

The heavy, wide body does make the car more comfortable and offers more trunk space, making it a sporty muscle car when you want one and a reliable mid-size car when you need one.