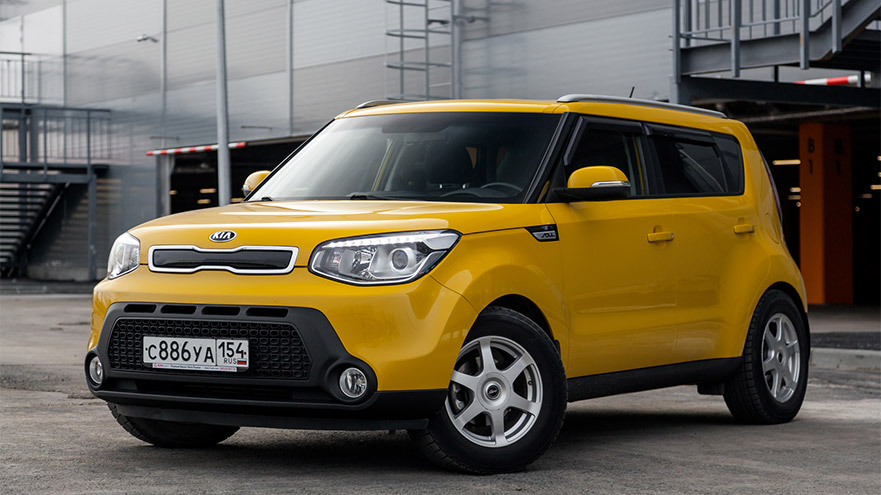 Redesigned in 2020, the newest Kia Soul combines a hip design, a roomy interior, and fun driving to be an exciting option in the small SUV sector.

The Soul has scored average reliability results, but owners seem to love them.

So, how long do Kia Souls Last?

The Kia Soul can last up to 200,000 miles. Based on an annual average of 15,000 miles, your Kia Soul will last for 13 years. If you drive above average, you can get ten years from your Soul.

How Many Miles Do Kia Souls Last?

Kia Souls last up to 200,000 miles. While researching this article, we found many examples on the web, in sites such as Vehicle History, of Soul owners with more than 240,000 miles on their vehicles.

We also found testimonies on Car Gurus of users reporting 330,000 miles. So, it is possible to squeeze more out of them.

After analyzing more than 15.8 million cars sold in 2019 to find out which brands boast the highest percentage of vehicles that reached 200,000-miles, iSee Cars found that Kia ranks 16th in the Longest-Lasting car brands category.

According to the study, the average for all models is 1.0%, while Kia averaged 0.2%.

How Long Do Kia Souls Last Compared To Similar Models?

The Kia Soul compares well to similar car models, as it reaches a comparable life expectancy.

The Kia Soul can reach 200,000 miles with proper maintenance, similar to its competitor, the Nissan Juke.

Repair Pal reports that the Soul is cheaper to maintain than the Juke but is more expensive than the CX-3.

When you buy a small SUV like the Soul, you want the car to be both fun and reliable. Fortunately, the Kia Soul has earned high marks in this department, as it won the 2020 Quality Small SUV award from JD Power.

When it comes to maintenance and repairs, Repair Pal ranks the Kia Soul with a 4.5 out of 5 and considers it excellent, especially compared to the average subcompact SUV rating, 4.0.

But, according to Car Complaints, some concern points include engine problems and electrical problems.

The following table explains how the Soul stacks up against the competition.

It’s important to highlight that Consumer Reports compares the Kia Soul to different models than JD Power and Repair Pal.

As with all cars, some years are better than others, which leads us to the next point.

What Year Is The Most Reliable Kia Soul?

Even with its redesign for 2020, the latest Kia Soul isn’t the most reliable year.

Consumer Reports gives the newest edition a worse reliability index than the 2019 models, ranked amongst the best.

The following table summarizes how Consumer Reports ranks each year with regards to reliability.

Other years that ranked highly, according to Consumer Reports, are those running from 2016 to 2019 and the 2013 model.

On the other hand, the Kia Souls produced in 2011, 2012, and 2014 rank lower in reliability, with potential trouble spots including significant engine, transmission, and fuel system issues. The electric system ranks the worst for 2012 and 2014 year models.

With this valuable information, it’s now time to talk about the costs.

Are Kia Souls Expensive To Maintain?

Repair Pal gives it an excellent rating and places it ahead of its rivals.

According to Repair Pal, the Kia Soul ranks in the top third in its class when it comes to maintenance costs.

Though it is far from catching models like the CX3 and HR-V, the Soul’s yearly cost sets it ahead of many of its competitors and, in some cases, by a lot, as it can be $111 cheaper to maintain than the Nissan Juke.

Having seen its excellent maintenance costs, let’s find out how expensive are the Soul’s parts to replace.

According to Repair Pal, Kia Soul parts aren’t the most expensive to replace, but major services, including the timing chain, are costly.

Repair Pal reports that these costs are average in the market and that Kia Soul parts aren’t expensive to replace.

Thanks to its smaller size, aspects like wheel alignment, brake pad replacement, and suspension components are cheaper than other vehicles.

Replacing components like the brake booster and the timing chain requires more time and higher costs, as with any vehicle.

With such maintenance costs, let’s see if the Kia Soul holds its value.

Do Kia Souls Hold Their Value?

According to Car Edge, the Kia Soul has a lower resale value than both the HR-V and the Chevrolet Trax.

JD Power analyzed the resale value of the Kia Soul vs. the Honda HR-V and the Chevrolet Trax; here are the results.

The Kia Soul has a lower resale value than two of its main competitors, the Chevrolet Trax and the Honda HR-V.

While the Soul has been on the market for longer, it hasn’t achieved a better resale value, ranking lower in each year since 2015.

In this table, we can see that the most troublesome years for the Soul also represent its lowest resale value, after which it managed to increase only to an average of 83, but hasn’t improved on it.

On the other hand, both the HR-V and the Trax have obtained higher resale values in the last two years.