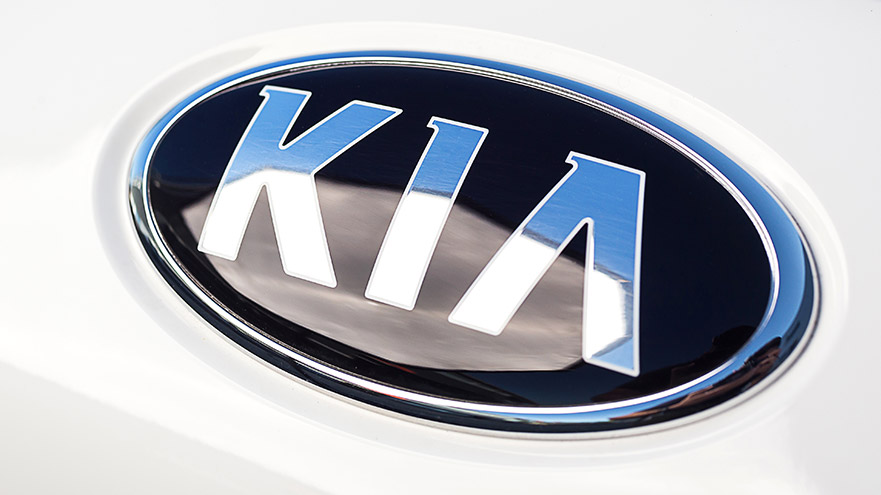 Kia is a popular choice among car buyers looking to save on the cost of ownership since they generally offer great value for money.

However, they have a history of problems that arose from using cheap labor and low-quality materials to build earlier models.

In recent years, Kia has stepped up their game in providing cars that offer much better longevity. So how long do Kias last?

With the proper care and maintenance, Kias can be expected to last around 200,000 miles. For the average driver traveling 15,0000 miles annually on average, that means that a well-maintained Kia can be expected to have an average lifespan of around 13 years.

Read on to find out how long Kias last, how reliable they are, and how they stack up against similar vehicles.

How Many Miles Will A Kia Last?

On average, Kias can be expected to last up to 200,000 miles with a responsible owner.

If you want to get the most life out of your Kia, it’s essential to follow the manufacturer’s instructions for care and maintenance, especially when it comes to things like oil changes, brake inspections, and other key maintenance activities.

Poorly maintaining a Kia can negatively impact its lifespan, so it’s essential to prioritize taking care of your vehicle if you want to avoid it breaking down prematurely.

How Many Years Does A Kia Last?

The average Kia lasts around 13-15 years before major repairs are needed.

This number is based on the average annual mileage of 15,000 miles, so if you drive more or less than this figure, the lifespan of your Kia will vary.

In addition to performing routine maintenance, you should take care to practice safe driving and take action immediately when any mechanical issues surface, since ignoring problems is detrimental to a vehicle’s lifespan.

When it comes to reliability, Kias are ranked 3 out of 32 out of all car brands according to RepairPal.

To put this into perspective, here are some stats about some of Kia’s most popular models:

According to Repair Pal, the Kia Soul has a reliability rate of 4.5 out of 5, which makes it 3rd of 7 similar compact SUVs.

This rating mentions low-cost repairs and the average rate of needing repairs as statistics that contribute to this rating.

Overall, Kias are known for recurring problems with areas such as their engine and electrical system, but when compared to other vehicles, the frequency of repairs and severity of problems are average, so their reliability can be considered mediocre at best.

What Are The Most Reliable Kia Models?

Sources tell us that the most reliable Kia models are the K900, Telluride, and Sedona.

Consumer reviews on Kelley Blue Book indicate that the Kia K900 is one of the best in its class of small cars, rated at a perfect 5 for reliability.

The most reliable Kia SUV is the Telluride, ranked 97/100 on Consumer Reports.

The only notable problem area reported by this source is power equipment, which is still only one point away from the best score possible.

The Sedona is Kia’s most reliable minivan. Scoring an 85/100 for reliability on JD Power, it is classified as “great” by this source for reliability.

Overall, Kia has a competitive mix of reliable cars, SUVs, and minivans that outshine the competition.

What Are The Least Reliable Kia Models?

Some of the least reliable Kias are the Forte, Soul, and Niro Electric.

The Kia Forte is rated poorly for reliability by Consumer Reports. Issues with major elements of the vehicle such as the transmission, drive system, and in-car electronics leave much to be desired.

User ratings on KBB indicate major issues with the Kia Soul in areas such as brakes and unreliable stock tires, which make it a poor option for reliability.

Kia’s Niro Electric is among the worst the brand has to offer.

It scores a 77/100 on JD Power for reliability, which is considered “average”, but also suggests there are far better options on the market.

What Is Considered High Mileage For A Kia?

Kias are considered high mileage once the odometer hits around 100,000 miles.

According to Kia owners, even though you may be able to get around 200,000 miles out of a Kia, the repair costs needed to coax this much life out of the vehicles can be prohibitive.

However, the reliability ratings of Kias make them a great choice.

In fact, they have ranked the best mass-produced vehicles for reliability on the road, according to JD Power.

With the proper care, maintenance, and timely repair, Kias should be able to last 200,000 miles.

There are many reports of owners on Vehicle History with more than 200,000 miles on the clock.

If you want to duplicate their success, make sure to complete regular maintenance at the recommended intervals per the manufacturer and drive with care – a car accident can shave years off of Kia’s life.

Do Kias Hold Their Value?

Kias have not always been well-known for holding their value, but recently have tipped the scales in their favor in this area.

CBS News indicates that in comparison with similar vehicles, Kia holds its own.

The Kia Sportage, for example, holds an astounding 61% of its resale value after 5 years, a percentage that exceeds that of similar makes such as Honda and Nissan.

According to CarEdge, the Kia Soul ranks in the top 25 of all Kia models for holding its value, boasting an impressive 69% price retention after 5 years.

Compared to Toyota’s similar C-HR retention value of 61.86% after 5 years, it’s clear that Kia holds its own when it comes to value.

Do Kias Last As Long As Toyotas?

Kia and Toyota are both brands that are known to last their owners many years before major repairs are needed.

The differences in lifespan of Kias and Toyotas are slight, and each car is expected to last around the same amount of time.

Repair Pal compared the Kia Forte and Toyota Corolla. Their findings indicated that both cars rank a 4.5 out of 5 overall for reliability.

However, Toyota has a slightly lower chance of severe problems occurring, with only 7% of repair visits requiring major work versus Kia’s 9%.

Overall, Kia and Toyota have areas that are stronger versus their competitor but can both be expected to last around the same amount of time.

Are Kias Expensive To Maintain?

Kias are not expensive to maintain, especially when stacked up against other vehicles.

Repair Pal reports that the average repair cost for Kias is around $533.

The average annual cost of repair for other vehicles averages at $652, making Kia a competitive option for maintenance costs.

How Long Do Kia Tires Last?

According to Kia, tires should be rotated every 6,500 miles and should last around 6 years.

If you want to get the most life out of your Kia tires, it’s essential to keep a close eye on tire pressure and to ensure tire alignment is always within the manufacturer’s specs.

Practicing healthy maintenance habits such as checking and replacing brake pads and rotors can also help extend the life of your tires.

How Long Do Kia Batteries Last?

Kia batteries can last anywhere from 3 to 20 years, depending on the type and quality of the battery you choose.

Electric batteries have the longest lifespan according to the manufacturer’s website, around 10-20 years.

Diesel, hybrid, and petrol batteries have a different figure; an estimated lifespan of anywhere from 3 to 6 years, according to Kelley Blue Book.

How Long Do Kia Engines Last?

The number of years that Kia engines last is strongly dependent on maintenance and care, but usually they can be relied upon to last at least 10 years.

A thread on Car Gurus shows that many Kia owners have been able to get at least 150,000 miles out of their vehicles before major problems manifested with their cars.

This means that you could drive an average of 15,000 miles a year to get 10 years of life out of Kia’s engine.

How To Make A Kia Last Longer

The key to making a Kia last longer is simple: perform regular maintenance at the manufacturer’s recommended intervals.

Here are a few examples of key maintenance, according to Kia:

Of course, this is not an all-inclusive list of maintenance points that can make your Kia last longer.

Completing regular oil changes and keeping fluids topped off is another example of key actions you can take to extend the life of your vehicle.

For an expansive list of maintenance suggestions, check your owner’s manual.

Kias routinely last around 200,000 miles or 13 years before needing to be replaced.

Kia is the best non-luxury vehicle for reliability and dependability in the market as of 2021.

Its stellar reliability ratings, competitive repair costs, and 10+ year lifespan make it a favorable option for any driver.