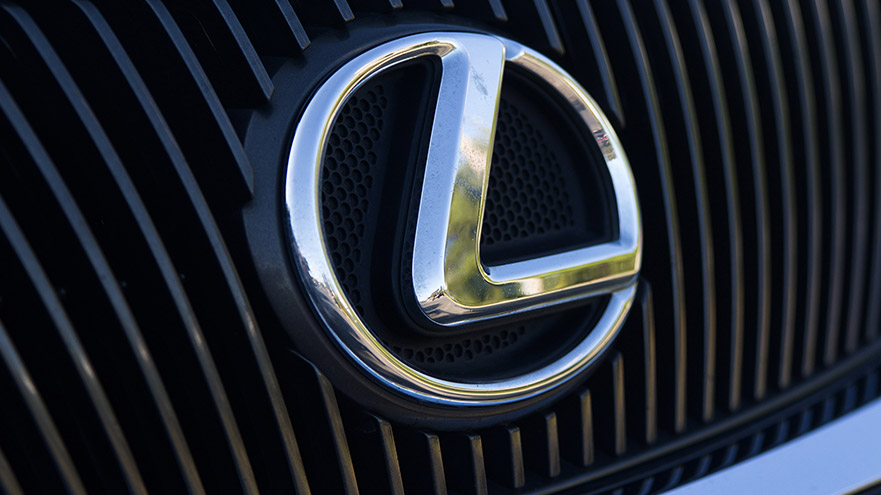 Lexus is a brand of luxury vehicles owned by the Japanese carmaker Toyota and introduced in 1989.

Lexus is consistently rated among the top 10 luxury auto brands.

But how long do Lexus cars last?

Read on to find out if Lexus is reliable, what the most reliable models are, and if the Lexus is expensive to maintain.

How Many Miles Will A Lexus Last?

Although one 1996 Lexus LS went a million miles, a typical Lexus will last at least 250,000 miles, with 300,000 miles being common, as long as regular maintenance is performed.

Following the manufacturer’s recommendations for regular maintenance is the key to getting the most miles out of a Lexus.

How Many Years Does A Lexus Last?

If a Lexus gets regular maintenance according to the manufacturer’s guidelines and is driven conservatively, a Lexus will last between 17 and 20 years.

Lexus is considered a highly reliable luxury vehicle brand. It’s consistently ranked as among the most reliable luxury car brands, which isn’t surprising, given that Lexus is made by Toyota, long famed for making dependable vehicles.

Lexus won JD Power’s dependability award every year from 2000 to 2017.

In a November 2020 article, US News and World Reports gave Lexus a 71 out of 100 for reliability, placing in 3rd place for the most reliable brand, with its parent brand Toyota coming in at number 2.

What Are The Most Reliable Lexus Models?

In 2019, the Lexus GX was the number 1 most reliable vehicle on the market, according to Consumer Reports.

The Lexus ES model years 2017 to 2021 were also appraised as among the most reliable Lexus models, according to JD Power.

What Are The Least Reliable Lexus Models?

PainRank™ ranks the Lexus RX 350 as the least reliable of all Lexus models due to consumer complaints about interior accessory issues, rack-and-pinion leaks, as well as problems with significant oil leaks.

The 2008 Lexus RX 350 is also rated as unreliable, with complaints about serious engine problems, oil leaks, and cruise control failures.

Other unreliable Lexus models include the ES 350, which had problems with its dashboard cracking or melting, and the RX 330, which also received complaints about cracking dashes.

What Is Considered High Mileage For A Lexus?

High mileage for a Lexus is over 150,000 miles, as Lexus models routinely pass the 100,000-mile marker and can run for another 100,000 miles as long as an owner performs regular maintenance.

A used Lexus with less than 150,000 miles on the odometer may have as much as another 100,000 miles in it, if the vehicle’s maintenance history is solid.

Are Lexus Good After 100k Miles?

Lexus owners routinely get 150,000 miles and regularly rack up more than 200,000 miles, so a 100K Lexus likely has many miles left, as long as previous drivers have maintained the vehicle according to Lexus standards.

Naturally, the typical climate and road conditions where a vehicle is typically driven are a big part of the overall condition of a vehicle.

A Lexus with 150,000 miles of drive time in an environment filled with potholes, road salt, and bitter winters may be in worse condition than a 150,000-mile Lexus driven in a milder climate, depending on how much maintenance the owner has carried out.

Is It Worth Buying a 10-Year-old Lexus?

A 10-year-old Lexus can be a great car with many more miles and years left.

However, before buying a 10-year-old Lexus, make sure to find out the answers to these questions:

Do Lexus Hold Their Value?

Lexus hold their value better than most car brands and rank high in retained value among luxury auto brands.

Among luxury cars, Lexus is consistently number 1 in 5-year resale value, holding on average across models 56.5 percent of its value after 5 years, according to CarEdge.

CarEdge reports that the 2019-year models occupy the sweet spot for price and remaining value, but the Lexus year and model still holding most of its value is the 2017 Lexus RC.

The 2017 Lexus RC is hanging onto 58 percent of its original value, according to Kelley Blue Book

Other models that have held onto their value well according to Edmund include the:

Do Lexus Last As Long As Toyota?

Because Lexus is made by Toyota, the same high manufacturing quality is used in building them.

Like Toyotas, Lexus can last as long as 300,000 miles, with the proper maintenance and conservative driving habits.

Are Lexus Expensive To Maintain?

At the 5-year mark, Lexus earns the number 2 spot for least expensive yearly luxury car maintenance, at $2120 per 5-year period, or $424 per year.

How Long Do Lexus Tires Last?

However, Lexus models can use longer-lasting tires from manufacturers like Michelin and Bridgestone.

How Long Do Lexus Batteries Last?

Petrol and diesel model batteries will last 3 to 6 years. Extremely hot or cold weather will reduce the life of a Lexus battery, as will high humidity, which can age the battery terminals.

The first all-electric Lexus will hit the US market in 2022.

How Long Do Lexus Engines Last?

As is the case with all vehicles, regular maintenance, and careful driving will lengthen the life of your Lexus engine.

How To Make A Lexus Last Longer

The best way to make a Lexus last longer is to carry out regular maintenance conscientiously. That includes:

Never let fluids go dry before replacing them, and always change your engine oil before it becomes dirty.

Lexus is a luxury brand you can rely on for years of dependable and luxurious driving.

With regular maintenance performed according to the manufacturer’s recommendations, a Lexus can easily last past 100,000 miles, with 250,000 to 300,000 miles being common lifetime mileages.

With conservative driving habits, you could keep your Lexus for 15 to 20 years.

Lexus has earned its reputation as a reliable vehicle brand.

They hold their value well and have many years of driving life left after the 10-year mark.