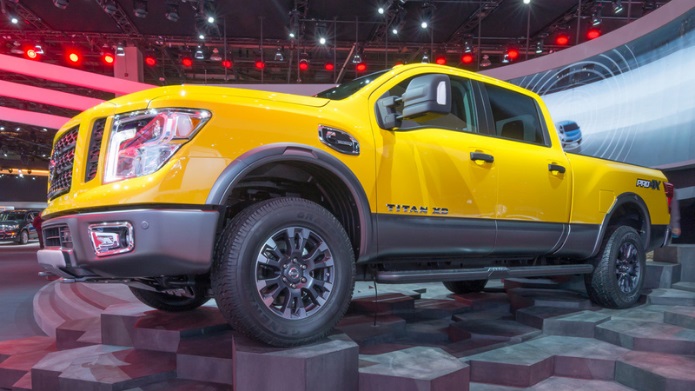 The Nissan Titan is known for providing a dependable, everyday ride.

However, before buying one, it’s important to know how many miles you can expect to get from your truck.

How long do Nissan Titans last?

A well-maintained Nissan Titan should last 300,000 miles (or 22 years based on driving 13,500 miles per year) However, the Titan will only reach this milestone if it’s driven with care and is regularly serviced.

Continue reading to find out how the Nissan Titan compares to other full-size trucks. We’ll discuss how expensive they are to maintain and how well they hold their value.

The Nissan Titan is considered a very reliable truck.

RepairPal looked at 17 full-sized trucks and compared their reliability based on the frequency, cost, and severity of repairs. They ranked the Nissan Titan #2 and gave it a reliability score of 3.5/5.

The Nissan Titan’s reliability beats many major competitors with a reliability score higher than the average for a full-size truck.

If you’re considering buying a used Nissan Titan, you might be wondering which years are the best for reliability.

It’s generally accepted among Titan fans that any Titan older than 2008 is pretty similar in terms of reliability.

Titans prior to 2008 had a few issues with undersized front breaks and cracking exhaust manifolds that were largely fixed by 2009.

If you’re planning on buying an older Titan, don’t get too caught up on which year is the best and worst.

It’s far more important to check the service history to ensure that the Truck has been regularly serviced and taken care of.

This also gives you the chance to spot any issues that were fixed and might rear their head again.

Are Nissan Titans Expensive To Maintain?

Repair Pal also found that Nissan Titans have a lower probability of encountering a severe issue compared to the avagerage for all full-sized trucks.

Lets take a look at the table in full…

Like the reliability rating, the average repair costs for the Nissan Titan sets it apart from its major competitors.

The average yearly cost makes the Titan significantly cheaper to maintain when compared to the nearest competitor and to the full-size truck average.

NIssan Titan parts cost about the same as parts for other full-size trucks.

Let’s look at the price of some of these parts and their replacement costs.

A lack of ventilation, that wears out seals in the rear axle, causes the most frequent replacement needs for the Nissan Titan.

Another common complaint, is that the fuel pump will go bad, causing damage to the catalytic converter.

Owners should keep an eye out for any signs of the fuel pump going bad because the problem rarely gives a “Check Engine” warning, but it will cause both the fuel pump and the catalytic converter to need replacing.

Do Nissan Titans Hold Their Value?

Nissan Titans often do not hold their value as well as other full-size trucks, in part because other makes and models have a more loyal following.

Let’s look at the Nissan Titan’s projected depreciation rate for the next ten years.

The prices assume the average selling price of $40,394, and the depreciation assumes that the truck remains in good condition and is driven 13,500 miles each year.

At this projected rate, the Nissan Titan will depreciate 48% over the next five years.

Let’s look at how this depreciation compares to the Titan’s main rivals.

While the Nissan Titan loses almost half its value over the five-year period, comparable GMC, Chevy, and Ford full-size trucks lose roughly one-third of their value over the same period.

Are Nissan Titans Worth It?

The Nissan Titan is known for being an ultra-reliable truck, with awful fuel efficiency and few interior comforts.

Recent upgrades and a revamped image of the working man’s truck may help the Titan’s resale value in the future.

However, a used Titan is a different story altogether…

The Nissan Titan is a great truck to buy used.

The lower resale value makes used Titans affordable, while the excellent reliability will keep the truck on the road for a long time without experiencing high annual maintenance costs.