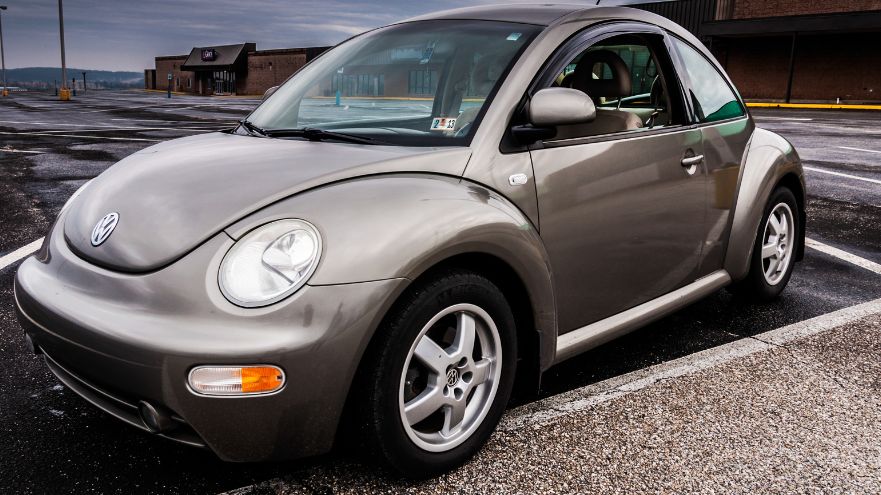 The Volkswagen Beetle is an iconic sub-compact car that was first designed way back in the 1930s.

VW gave the diminutive car a refresh in 1998 but it was sadly discontinued in 2019.

If you’re thinking of purchasing a used VW beetle, it’s important to know how many miles you can expect from it.

So, how long do Volkswagen Beetles last?

A carefully driven and well-maintained Volkswagen Beetle can be expected to last 150,000 miles, or 10 years based on driving 15,000 miles per year. However, VW bugs are known for their high cost of repairs.

Continue reading to find out if the Volkswagen beetle is reliable, and how much it costs to maintain.

How Many Miles Will A Volkswagen Beetles Last?

While researching this article, I found examples of many VW Beetle owners who had well over 150,000 miles on the clock without experiencing any issues at all.

For example, one owner on this thread has over 170,000 miles on the clock, and the only things they have done are regularly service it and keep the engine clean.

To ensure your Beetle lasts this long, you need to take simple steps such as regularly checking tire pressure, changing oil, and sticking to the recommended servicing schedule.

An aggressive or fast driving style will also shorten the life of your bug considerably.

Is A Volkswagen Beetle A Reliable Car?

In contrast to this, older models of VW Beetle (2005 and below) are seen as unreliable compared to their modern equivalents and require a lot of work to maintain.

Many people buy older beetles knowing this, and enjoy fixing them up they are relatively simple to work on compared to modern cars.

That said, it’s easy to find owners on VW Beetle forums that rave about the reliability and safety of older models.

I guess there’s quite a bit of luck involved here.

Although they look cool, I probably wouldn’t want to buy a super old VW Beetle if this was my first car, unless I had some savings set aside for maintenance.

What Year Is The Best VW Bug To Buy?

Basically, the newer the model, the more reliable it becomes.

The last model to ever be produced (2019) gets strong reliability scores, few recalls, and a high level of customer satisfaction.

How Reliable are VW Beetles Compared To Other Cars?

Let’s take a look at how the VW’s reliability compares to sub-compact cars you might be considering.

The VW Beetle costs $612 and has a much better history of reliability than the Ford Focus.

According to Consumer Reports, most Ford Focus years get an awful 1/5 for reliability, whereas most Mazda3 years get top marks.

The average annual cost to repair a ford focus is $569, while the average cost to maintain a Mazda3 is $433.

Are VW Beetles Expensive To Maintain?

The average annual cost of maintaining a VW beetle is $612. This figure is slightly higher than the average cost of all sub-compact cars ($526).

It’s much more expensive to maintain a mini cooper at $846 per year, while the Fiat 500 is cheaper to maintain at $522

Repair Pal also reports that the Volkswagen Beetle has a 10% chance of having a major issue compared to the average of 11% for all subcompact cars.

This suggests that the Beetle is pretty reliable, but when things do go wrong, they are less serious but expensive to fix.

How Long Will A VW Beetle Engines Last?

The engine on newer VW Beetles (2010 onwards) should last up to 200,000 miles with proper care and maintenance.

For older beetle engines, you can get them to last an absolute maximum of 100,000 miles.

How Long Does A VW Beetle Clutch Last?

The clutch on your VW Beetle should last anywhere from 30,000 miles to 60,000 miles. This really depends on how well you treat it.

You can increase the life expectancy of your Volkswagen beetle clutch by using it in the correct way.

How Long Does A VW Beetle Battery Last?

The average Volkswagen Beetle battery will last between 3-5 years, though this depends on several factors, such as the climate that you’re driving the Beetle in, as well as your driving style.

You can prolong the battery life of your Beetle by cleaning it regularly, parking it indoors, and keeping it in regular use.

How To Make Your Volkswagen Beetle Last Longer

If you want to prolong the life of a VW beetle, then here are some tips.

VW Beetles are cute-looking cars and are built to be tough as nails.

However, it’s important to consider maintenance costs, which are generally higher than most cars in its class.

If you’re buying an older model, it’s vital that you buy from a careful owner who has had it regularly serviced and taken good care of it.

Older Bugs last a lot longer than similar cars made at the same time, but they don’t last long compared to modern standards.

Generally speaking, the more modifications an old bug has, the shorter it will last.