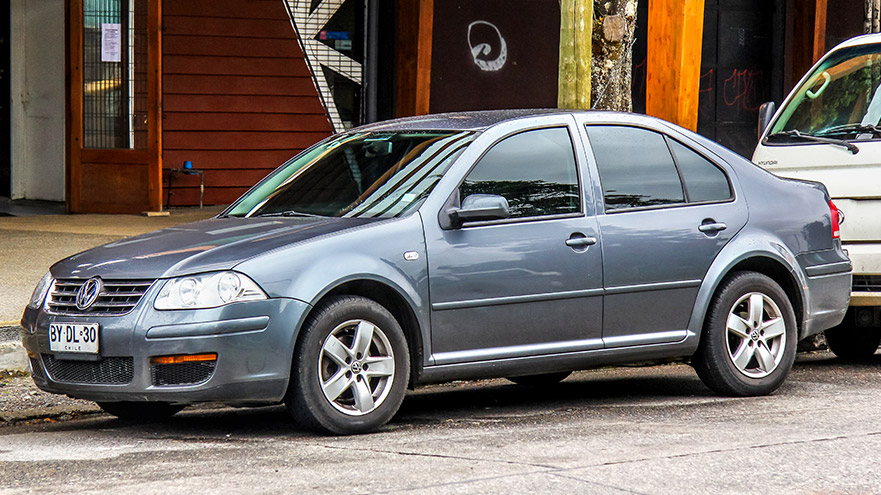 The VW Jetta is a compact car that has been manufactured by Volkswagen since 1979.

But how Long Do VW Jetts last?

A new Volkswagen Jetta should be able to last at least 150,000 miles if properly maintained and taken care of. If you drive the national average of 15,000 miles per year, a new Jetta should last you at least 10-15 years before it requires major repairs.

Read on to find out if the VW Jetta is reliable, if it’s expensive to maintain, and what years to avoid if buying used.

How Many Miles Do Volkswagen Jettas Last?

The Volkswagen Jetta should last at least 150,000 miles if properly taken care of.

There are even reports of Jetta owners with 260,000+ miles on the clock with the car still running strong.

That said, these are definitely the upper limits of what you can expect, and shouldn’t be expected.

The key to owning a long-lasting Jetta is to take proper care of it.

Read and understand the manufacturer’s maintenance recommendations, and try not to deviate from them.

Always try to replace things like oil, brakes, transmission, fluids, batteries, etc before they are run into the ground.

Keep your tires inflated and drive it mindfully and not like you just stole it.

The Volkswagen Jetta is a bit of a mixed bag when it comes to reliability.

There are certainly more reliable compact cars out there if this is a key concern for you.

RepairPal awarded the Jetta 4/5 stars for reliability, which ranks it 21st out of the 36 compact cars that they reviewed

JD Power also rated the reliability of the Jetta as above average for the last 10 years, regularly rating it above 70/100.

However, consumer reports are a little more critical of the VW Jetta’s reliability, noting that many years have had several recalls and highlighting the negative response to their consumer survey.

Therefore, if you’re considering a Jetta, it’s important to do your research and select a reliable year that has had the fewest issues.

This list of Jetta Years to avoid comes from ConsumerReports.

These years have below-average reliability ratings based on feedback from real owners.

So, if you’re buying used, avoid these VW Jetta years like the plague:

However, if you’re buying a Jetta second-hand, it’s important that you have the car inspected by an independent mechanic before buying.

How Reliable are VW Jettas Compared to Similar Cars?

Let’s take a look at how the lifespan and reliability of the Jetta compare with its competitors.

If you’re thinking of buying a Jetta, it’s natural you might consider the roomier upgrade to a Passat.

Both Passat and Jetta have a similar life expectancy of around 100-200k miles if taken care of properly.

My research also shows that Passat and Jetta are pretty similar when it comes to reliability.

RepairPal rates both cars 4/5 for reliability, with the Passat having a slightly higher annual cost to maintain ($639) compared to the Jetta ($609)

The Jetta also scores better when it comes to the frequency of repair shop visits each year.

Therefore, I’d say the Jetta just nudges the Passat in terms of reliability and longevity.

The Honda Civic is considerably more popular than the Jetta.

The cars are very similar, but the Civic has far better reliability than the Jetta, which naturally translates to a longer lifespan.

RepairPal gives the Civic 4.5/5 stars for reliability and ranks it 3rd out of all compact cars. The Jetta is ranked 21st.

The Jetta also costs almost twice as much as the Civic to maintain each year. The Jetta costing an average of $609 per year, compared to the Civics $368.

Therefore, if your trying to decide between a Civic and Jetta and reliability is important to you, choose for the Civic.

The Corolla is another car that is commonly compared to the Jetta.

RepairPal ranks the Corolla 4.5/5 stars for reliability and ranks it 1st out of all compact cars. The Jetta scores 4/5 and ranks way down in 21st place.

What are the most common problems with VW Jetta?

Here are the top 3 most common problems with the Volkswagen Jetta, based on complaints to RepairPal.

Are Volkswagen Jettas Expensive To Maintain?

The Volkswagen Jetta costs slightly more to maintain than the average compact car in its category.

RepairPal reports that the Jetta costs an average of $608 per year in maintenance, while the average compact car only costs $526 per year to maintain

A VW Jetta battery will last on average between 4 and 6 years before it needs to be replaced.

You can get more life from your battery by treating it with proper care and performing regular maintenance.

Extremely cold or hot climates will also negatively impact your battery lifespan, as they force your battery to work harder.

Therefore, you should expect your Jetta Hybrid battery to last at least 8-10 years before it needs to be replaced.

VW Jetta engines (like most modern car engines) are designed to last at least 100,000 miles before.

VW Jetta brake pads will usually last between 30,00 and 40,000 miles before they need to be replaced.

If you use your brakes regularly (such as in heavy traffic) then you may need to have your brakes inspected more frequently.

The factory tires on a Volkwagen Jetta should last 50,000 miles.

The length of time that they last is heavily dependant on how often and how far you drive.

To make tire last longer, it is recommended that you rotate them every 5,000 miles. This helps the tires wear evenly.

How To Make A Volkswagen Jetta Last Longer?

Here are some tips on how to make a VW Jetta last longer:

VW Jettas should technically have a life expectancy of up to 200,000 miles ( 20 years) with proper maintenance.

However, it’s clear that many owners experience issues with their Jettas well before this.

Therefore, if a long-lasting car is a top priority, it might be best to give the VW Jetta a miss.

Similar cars to the Jetta, such as the Honda Civic, Toyota Corolla, and Mazda3 all score higher when it comes to reliability.