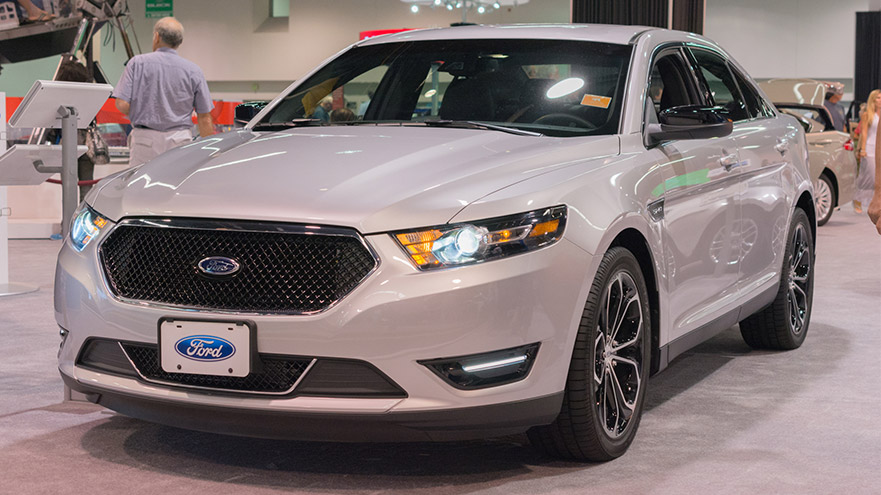 The Ford Taurus is a mid-size car that’s known for its smooth ride and huge amounts of passenger and cargo space.

Unfortunately, the Ford Taurus was discontinued in 2018 due to a shift in consumer demand toward SUVs and pick-up trucks, with the last Ford Taurus rolling off the assembly line on March 1, 2019.

In this article, I’ll tell you how long a Ford Taurus lasts, which years are most reliable, and how you can make your Taurus last longer.

How Many Miles Will A Ford Taurus Last?

The lifespan of a Ford Taurus depends on several factors, including how it’s maintained and driven. Generally speaking, a well-maintained Ford Taurus can easily last 200,000 miles or more, depending on the model year.

Ford Taurus models manufactured after 1996 tend to last the longest, thanks to their updated engines and improved design. Many of the engine components in this model are designed to last for up to 200,000 miles without needing any major repairs or replacements. In addition, the transmission and other system components are often rated for up to 150,000 miles.

Of course, the longevity of your Ford Taurus can also depend on how it’s driven. Regularly using high-grade oil and checking for wear and tear after each drive will help keep your car running longer. Additionally, making sure to use quality parts during repairs can help extend the life of your Taurus.

Note: This content is for informational purposes only and should not be taken as legal advice. Always consult a professional mechanic or auto repair expert before attempting any repairs or maintenance on your vehicle.

Which Taurus Years Are Most Reliable?

Is The Ford Taurus Reliable?

According to J.D. Power, 2019 Ford Taurus vehicles earned a “Great” reliability rating of 83/100. Additionally, RepairPal scores the Taurus 4/5, placing it as an “Above Average” car.

They state, “The average annual repair cost is $697, which means it has average ownership costs.

The severity and frequency of repairs are lower than other vehicles, so the Taurus is one of the more reliable vehicles on the road.”

Conversely, Taurus owners on forums are pretty unanimous in praising the vehicle for its reliability and long-lasting performance.

However, there are numerous complaints about the engine oil pan gasket leaking and causing the Taurus to smell like burning oil.

As with all makes and models, some are simply better than others, and the same holds true for the Taurus.

To that point, let’s explore some of the various Ford Taurus models over the years to see how each one stacks up.

What Year Is The Most Reliable Ford Taurus?

As per Consumer Reports, 2015 is the latest year that they have Reliability data on.

As you can see, the Taurus has had a couple of great years, as well as a couple of subpar ones, with the most recent data reflecting an average Reliability Score.

They have excellent Reliability ratings, whereas the 2008 and 2013 models should likely be avoided due to a poor drive system and bad body hardware.

These issues include troublesome engine cooling and problematic transmission, respectively.

Are Ford Tauruses Expensive To Maintain?

The Taurus has an average yearly maintenance cost of $697, which equates to average ownership costs.

However, the severity and frequency in which owners have to bring their Tauruses in for unscheduled maintenance and repairs are lower than other vehicles, making it one of the more reliable cars on the road.

Chevy’s Impala has a lower yearly maintenance cost of $503.

Common repair problems are attributed to transmission pressure control solenoid failure and the ignition key getting stuck due to a failed shifter.

Its most commonly reported problems include the door lock mechanism getting stuck and noises developing in the upper steering shaft.

So while the Ford Taurus has the most expensive yearly maintenance costs, owners don’t have to take their vehicles in nearly as often as other makes and models, nor are the problems as severe as those found in similar vehicles.

The most commonly reported problem among Ford Taurus owners is a leaking engine oil pan gasket.

If this problem occurs, it could result in oil accumulating in the exhaust system, thereby causing the oil to burn and smell.

Fortunately, this is a relatively easy, albeit pricey, fix.

That said, over 250 Taurus owners have reported this as being an issue.

As such, there is a higher probability that you will run into this problem if you invest in a Ford Taurus.

The second-most common issue among Taurus owners is the engine bucking while the vehicle is in motion, resulting in a misfire.

While more than 200 Taurus owners have reported this problem, it typically doesn’t occur until a high rate of speed has been reached.

While the most likely culprit is a faulty camshaft synchronizer assembly, this doesn’t always show up as a fault code in the powertrain control module.

This condition can be diagnosed under the Ford service bulletin #05-22-12 (knock sensor data).

To correct this issue, you will need to have the synchronizer assembly replaced.

One relates to engine stalling concerns, while the other involves long crank times.

For better or worse, all but the leading Ford Taurus problem are relatively inexpensive fixes, ensuring that you won’t have to break the bank on annual repairs.

How Well Does The Ford Taurus Hold Its Value?

The Ford Mondeo and Mercury Sable are slightly lower, with three-year resale values of 54.4% and 48.1%, respectively.

As you can see, the Ford Taurus has relatively good resale value when compared to other cars. Its strong performance and reliable design help it maintain its value over time. So if you’re looking for a car that will hold its value well, the Ford Taurus is an excellent choice.