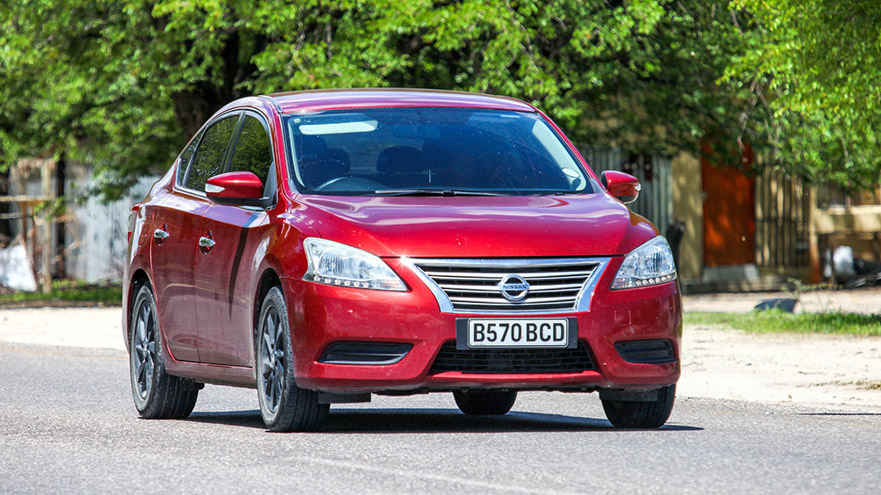 The Nissan Sentra has always been an unpretentious, reliable, good looking sedan.

Continue reading to find out how the Sentra’s reliability compares to similar cars and if it’s expensive to maintain.

How Many Miles Do Nissan Sentras Last?

Of course, there are a lot of variables that affect the answer to this question.

Typically a Nissan Sentra north of 150,000 miles is doing well.

If well maintained and serviced according to the manufacturer’s schedule, a Sentra has the potential to last many more miles.

How Long Does The Nissan Sentra Last Compared To Similar Cars?

Really, these two models are comparable in terms of longevity, with owners of both reporting a lifespan of between 150,000 and 200,000 miles and some, (as with the Sentra) reporting up to 300,000 miles.

The Mazda is a reliable, sporty sedan, boasting a fun driving experience.

The Mazda returns slightly less MPG than the Nissan (31 compared to the Nissan’s 33 MPG) but is also less to maintain per year than the Sentra.

Well, the Honda Civic is an especially popular model and is a tough opponent for the Sentra.

The Honda Civic can last up to 20 years and 300,000 miles with good maintenance and careful driving.

Although the Nissan and the Volkwagen have the same reliability rating as each other 4.0 out of 5.0 according to RepairPal, the Nissan is ranked 14th out of 36 in the compact car category and the Golf is ranked at 25th.

However, the Golf does cost $139 more per year to maintain.

The Nissan Sentra is generally well known for its reliability.

However, according to https://www.mistertransmission.com there are certain model years (2013 through 2017) that have problems with their Continuously Variable Transmission (CVT).

Let’s take a quick look at the average reliability scores for the Sentra and similar models from Consumerreports.org.

These reliability scores are representative of a 2017 model year to provide a fair comparison between models.

The issues with the Sentra’s transmission during this year brought the score of the Sentra down to below its rivals.

Anyone considering buying a Nissan Sentra would be advised to buy a post-2017 which had much improved reliability, including the previous issues with its transmission.

As far as reliability is concerned, the Honda Civic and the Mazda 3 top the ratings, both with a score of 5/5.

What Year Is The Most Reliable Nissan Sentra?

The reliability of the Nissan Sentra has improved over the years, and the latest models (2020,2021) get the best reliability scores.

According to the Consumer Report, the 2017 model not only had issues with its transmission, but it also reported on several other trouble spots, giving the brakes, suspension, paint and trim low quality scores. https://consumerreports.com/nissan/sentra

The latest model of the Nissan Sentra is a huge improvement on previous models and J.D Power has given it a reliability rating of 8/10.

Are Nissan Sentras Expensive To Maintain?

The Sentra is fairly inexpensive to maintain.

RepairPal has reported an annual repair cost for the Nissan Sentra of $491, which is slightly less than its competitors. https://RepairPal.com/nissan/sentra

Let’s take a look at how the maintenance costs of the Sentras compare to its competitors:

The average maintenance cost across all cars is $652 and for the compact car category is $526, making the Sentra good value in this respect.

However, it is evident that the Honda and the Mazda represent extremely good value with regard to maintenance costs.

If the tires are rotated to ensure an even usage across the tread and driving style is smoother rather than erratic, tires on the Sentra are more likely to last to the higher end of the range of 60,000 miles

These are the general cost of consumables which compare well with the Nissan’s competition.

Other items, such as oil, filters, spark plugs and transmission should be regularly checked by a qualified mechanic at either a Nissan licensed dealership or at a specialist Nissan shop.

Looking at the average lifespan of a Sentra, I wouldn’t recommend buying one that has over 80k miles on it.

However, the Sentra’s previous history is just as important as mileage.

Make sure that it’s been regularly serviced and doesn’t have any issues with the CVT if you’re looking at the automatic transmission.

I’d rather buy a well-cared-for Sentra with 50k miles on the clock than one that was neglected with 30k on the clock.

Fortunately, later Nissan Sentras are a reliable car and their average repair costs are on par with other vehicles.

Let’s take a look at what you can expect to pay for parts:

We’ve compared some typical parts that would be included in regular maintenance.

You can see that the Sentra is 3rd in terms of the costs of these parts after the Golf and the Mazda 3.

The Honda has the cheapest parts totalling $183.91.

Do Nissan Sentras Hold Their Value?

Under normal market circumstances, a Nissan Sentra will depreciate by a little over 50 percent after five years.

This is just above the average of 49.6 percent and above its rivals.

The table below shows the average resale value of the Sentra and it’s top 3 competitors.

After 5 years of ownership this would equate to a resale value of $9689, which is less than the Nissan’s competitors, and £5052 less than the Volkswagen Golf.

The Golf, as we have seen, costs more to maintain, but has the highest resale value after 5 years of £14741