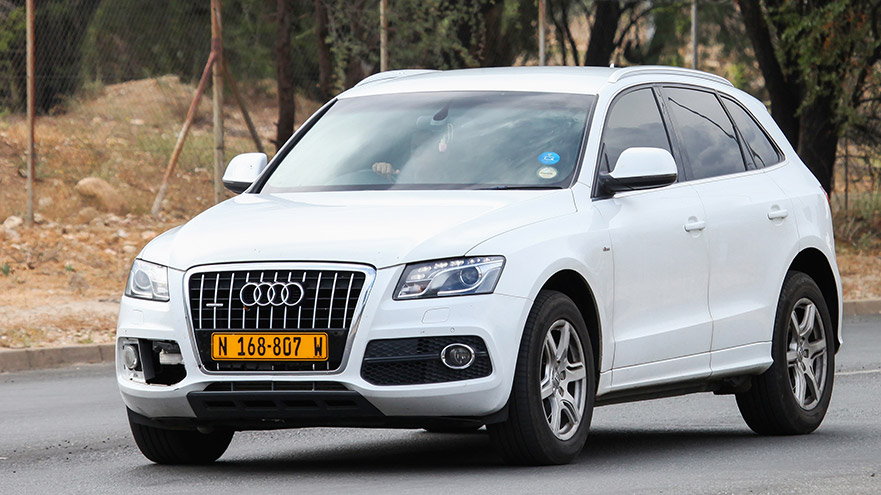 The Audi Q5 is a work of art and precision engineering. This midsize luxury SUV impresses buyers with its sleek style, comforts drivers with safety features, and handles like a dream

However, if you’re considering buying one, it’s important to know the kind of life expectancy you can expect from a Q5.

So, how long does an Audi Q5 last?

Continue reading to find out how reliable the Audi Q5 is, if it’s expensive to maintain, and what years you should avoid buying used.

How Many Miles Does The Audi Q5 Last?

Is The Audi Q5 Reliable?

The Audi Q5 is a moderately reliable midsize luxury SUV.

Let’s look at how that score compares to other luxury SUVs.

Combined with its style and safety, the Audi Q5’s reliability often earns praise from Consumer Reports.

Similarly, the Q5 earns a 3 out of 5 reliability score from RepairPal.

Based on the frequency, cost, and severity of repairs, this “Average” score from RepairPal ranks the Audi Q5 11 out of 14 in its class.

RepairPal labels the Audi Q5’s reliability as “Average” in a midsize luxury SUV subcategory that is, itself, labeled “Above Average compared to other vehicle types.

Still, this score leaves the Q5 just outside the top ten ranking for midsize luxury SUVs.

The Audi Q5 may still be worth considering, but when it comes to reliability, the Q5 is ranked below some seriously reliable competition.

A used Audi Q5 with fewer than 100,000 miles should still provide comfort and a smooth ride, but some years seem to provide greater owner satisfaction than others.

These years seem to have the fewest owner complaints and show some of the innovation that makes Audi a popular brand,

The 2017 Audi Q5 is the first model Audi released with a stronger yet lighter frame.

2018 took that improvement and added performance and safety to the most recent redesign year.

The 2009 model year was the first for the Audi Q5, and the car was considered an immediately strong competitor in the midsize luxury SUV category.

A well-maintained 2009 Q5 that has around 100,000 miles should still hold value and have some life left.

Related Article: Why Are Audis So Expensive? (Explained)

Due to owner complaints and some safety issues, avoid these model years:

2011, 2012, and 2013 models have the most serious complaints from owners while also receiving the car’s worst Reliability Verdict and Owner Satisfaction ratings from Consumer Reports.

The 2012 and 2014 models also have a tendency to consume oil excessively.

What may be even more concerning is that 2014 has a tendency to quit running while driving, which has obvious safety issues considering that Audi’s are often sought for their safety records.

Is An Audi Q5 Expensive To Maintain

An Audi Q5 is expensive to maintain.

Because of the likelihood of frequent shop visits, the Audi Q5 “has poor ownership costs “according to RepairPal.

The Q5’s average annual repair cost is $928, well above the $807 average for all midsize luxury SUVs.

Interestingly, the Audi Q5 doesn’t seem to have as many severe issues as other cars in its class, but it will possibly require more overall shop visits.

Let’s look at how the Audi Q5 compares to other midsize luxury SUVs when it comes to average annual cost, frequency of shop visits, and the probability of needing major repairs.

Although the Audi Q5 is expensive to maintain, barely making the top 10 when it comes to average annual repair cost, the Q5 ranks in the top 6 for a relatively low probability of severe repair needs.

However, the Q5 is more likely to need unexpected repair shop visits than any other midsize luxury SUV that RepairPal rated.

Related Article: How Long Do Audi A4 Last? (Explained)

The most common complaint owners make about several Audi Q5 model years is that the car begins to consume excessive oil even before 100,000 miles.

This issue may require a complete engine rebuild.

However, the most common problem is not the most serious.

The 2014 model is known for dying while driving, and the problem seems to be a faulty engine in many cases.

Another serious safety issue is failed power steering in the 2014 and 2015 models.

Audi may have made the problem worse by recalling some models for issues but not recalling other similar models that have the same or similar problems.

The timing chain is often mentioned as being a problem, especially on the 2011-2014 models.

Related Article: Are Audis Good in the Snow? (Answered)

How Long Does an Audi Q5 Battery Last?

An Audi Q5 battery should last between 3 to 5 years.

The longevity of any battery depends on use, care, and weather conditions.

If a battery sits for a long time, especially in cold weather, it will not last as long as it will with regular use.

The average replacement cost for an Audi battery is over $400, so proper care is even more critical with the Audi Q5.

How Long Does an Audi Q5 Engine Last?

The Audi Q5 engine should last between 150,000 to 200,000 miles, provided that the engine does not fail early due to some of the problems mentioned above.

Urban commutes wear out brake pads much faster, and replacing brake pads can cost up to $400.

How To Make Your Audi Q5 Last Longer

Check oil and air filters, and keep an eye on the timing chain.

Beyond the normal maintenance, save money and get to know a certified Audi mechanic.

As noted earlier, the repairs for an Audi Q5 are less likely to be major, but you will probably get to see your local mechanic at least once each year.

The Audi Q5 is not known for its longevity.

Does that mean your Audi Q5 can’t exceed expectations? Absolutely not.

Internet forums are full of claims that Audi’s advanced engineering helps the car last forever, and owners are willing to show their high-mileage odometers with pride.

Maintaining the Q5, fixing minor problems before they become major, and driving the car like you’re proud to own an Audi is key to its longevity.