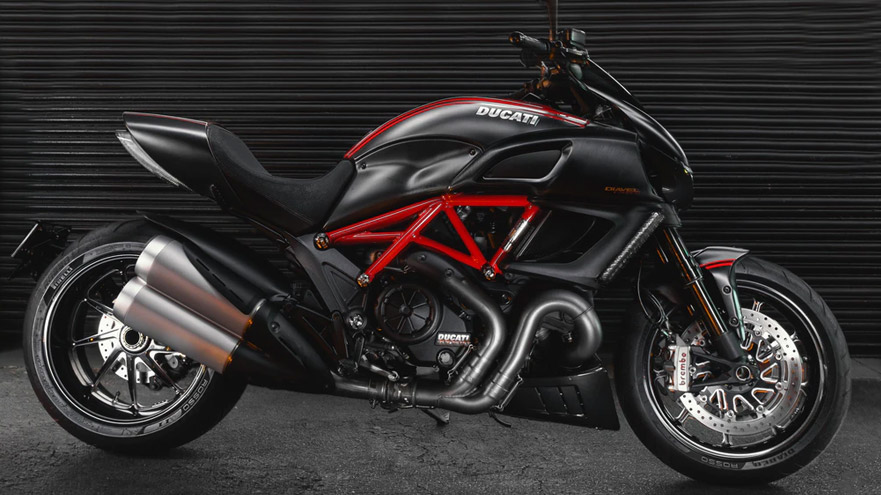 While most people buy Ducati motorcycles after falling in love with their sexy looks and extreme performance, their reliability is also an important feature to consider.

How reliable are Ducati motorcycles?

Due to these improvements in reliability, Ducati motorcycles won the 2020 Consumer Reports most reliable Italian motorcycle brand award.

Read on to find out how Ducati reliability compares to other manufactures, as well as common issues you’ll need to watch out for.

How Many Miles Do Ducatis Last?

When Ducati motorcycles are properly broken in and the maintenance intervals adhered to you can expect up to 75,000 miles before an engine rebuild is needed.

In general, Ducatis with 2 valve air-cooled engines, such as Monster and Rambler seem to have fewer major issues and last longer.

Some of the issues to watch out for with Ducati motorcycles

Most common in Scrambler models – wiring not sealed as well as it should be.

Older Ducati models fuel tanks are made out of plastic.

Modern fuel most often has ethanol in it which expands when it sits a long time. (Fixed on more modern Ducati bikes.)

Ducati put regulators right next to the engine and exhaust.

When the engine heats up it overheats the regulator.

The regulator shuts down -the generator can’t recharge the battery properly.

On older models that used to use brake disks manufactured by ToKico, brakes were very moisture sensitive.

Ducati solved it on newer models by switching to Brembo brakes.

Ducati uses an older valve design in its engines.

It doesn’t have a spring to return the valves into position and requires a very strictly adhered to maintenance schedule.

It’s a very good design for power but not the best for reliability.

On frame and engine finish- Ducati used to suffer from pretty poor quality control when it comes to finishing on their motorcycles.

That was pretty much solved in the last few years- Ducatis of modern manufacture are on par with any other manufacturer when it comes to finish and performance.

Are Ducati Motorcycles Expensive To Maintain?

Yes. Very much so.

Ducati is at its core a superbike.

Designed to operate at high RPMs and even higher compression pressures.

To survive that Ducati motorcycles NEED to adhere to a very strict maintenance regimen.

Desmodromic valves don’t use a spring to return the valve to a closed position instead of relying on a second valve rocker to pull the valve closed.

It’s a design that’s very good at producing extra torque but much more involved when it comes to adjustment and maintenance.

Another major part of the maintenance cost is Ducati’s insistence on using only OEM parts and brand-specific fluids.

Add to that a need for multiple special tools to perform basic maintenance and you end up with a brand that’s pretty spendy to own.

Basic service at a Ducati dealership can easily run up over $1,000 dollars.

How Long Do Ducati Engines Last?

With proper regular maintenance, Ducati engines will outlive most riders.

Reports of over 100,000 miles on the same engine are not uncommon.

Ducati’s famous 90 degree “L” V-twin engine is very reliable as long as you stay on top of the maintenance required.

You will have to make peace with shelling out a chunk of cash for a lower end rebuild/refresh that’ll come up between 60 000 and 75 000 miles.

What Is The Most Reliable Ducati Superbike?

The title of the most reliable Ducati Superbike without question falls to Panigale V2.

By definition, something as high-strung as a superbike is not optimal for reliability and longevity.

But Panigale with its time tested 955 cm Superquatro V-2, all new Inertial Platform electronics, and a 6 speed improved gearbox easily takes number one position in the Ducati Superbike reliability line up.

What Is The Most Reliable Ducati Sports Bike?

Ducati motorcycles like a lot of other brands seem to improve their reliability more with every year.

The problem is no matter how sophisticated and evolved a design is there is really no way to tell its reliability until it sticks around for a while.

As far as proven reliability Ducati Monster dominates the herd.

2V and SS models share the same Desmodue engine which over the years has proven itself to be pretty much bulletproof.

Look for models with Brembo wheels that were brought in to solve the Tokico seizing problems.

Try to avoid Monster 1200 that was introduced in 2014 to replace Monster 1100 and unfortunately brought with it a v4 water-cooled engine.

Monster is the most recognizable model in the Ducati stable.

It started out as the most affordable stripped-down motorcycle Ducati offered and quickly became the most popular bike in the brand’s line up.

Characterized by its exposed trellis frame and 90 degrees V-twin “L” engine it’s been around since 1993 and at this point constitutes more than half of all Ducatis sold.

Being around for the last 27 years Monster had time to refine its design and work out most of the issues that plague most new motorcycle models.

Being a stripped-down, naked model Monster has a lot less to go wrong than it’s more complex, superbike cousins.

Being air-cooled it also skips the issues that Ducati water cooling systems are famous for.

However, Monster is still affected by the fuel tank swelling issues Ducatis with plastic tanks often fall to.

It still suffers from electrical issues and overheating rectifiers.

The “L” V-twin with its desmodromic valves still requires a valve adjustment every 7500 miles to keep the bike running. That adjustment is expensive and hard to tackle on your own.

You are not likely to be stuck with lemon no matter which model you choose.

Ducati Monster, with its comparative simplicity and time tested design is your best bet for reliability in the Ducati’s line up.

How Reliable Are Ducati’s Compared To Other Motorcycle Brands?

Ducati had quite a few reliability issues in the past.

Then again – who hasn’t? Harley Davidson is still trying to bury the AMC years.

Newer, post-2000 Ducati motorbikes are built at a much higher quality standard.

Let’s take a quick look at the Consumer Reports.com Annual Autos survey and Reliability studies that involved over 1200 motorcycles.

As you can see Ducati still has its share of issues when it comes to long-term reliability but it’s far from the bottom of the pack.

It offers better reliability than BMW and almost as good as its other major European competitor, Triumph.

To be frank, people rarely buy a motorcycle built by a company that specializes in racing bikes with reliability as their main concern.

Speed, handling, breathtaking styling is where Ducati excels – decent reliability is just the icing on the cake.