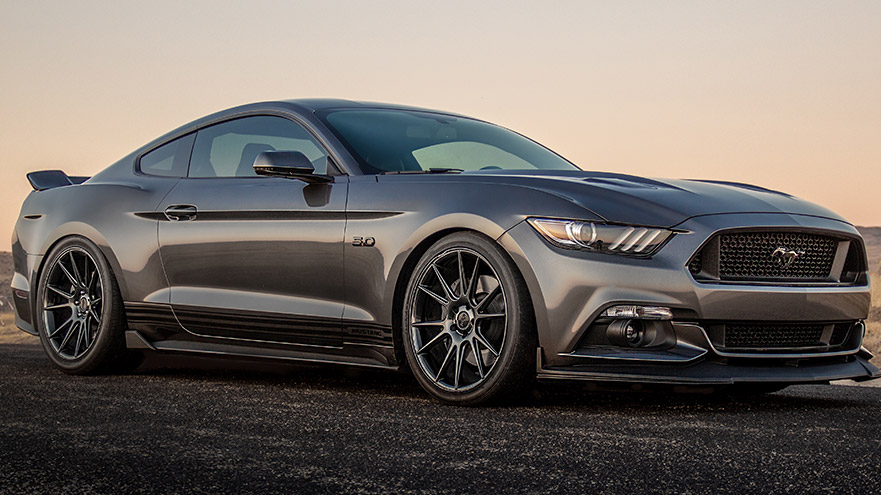 The iconic Ford Mustang is one of the world’s best selling sports cars.

But is a Mustang a good first car?

A Mustang is not a good first car to buy. They’re expensive to maintain and insure, have poor gas mileage, and don’t handle well in bad weather conditions. They also encourage inexperienced drivers to race outside of their skill limit.

Read on for a full list of reasons why we think the Mustang is not a good first car.

1.) Mustangs Are Expensive To Maintain

Mustangs are expensive to maintain compared to a typical first car.

According to Repairpal, the Mustang GT costs an average of $709 to maintain each year.

Compare that to a popular first-time car like the Honda Civic, where the average repair cost each year is only $368.

Although the Ford Mustang is generally seen as quite reliable when compared to other sports cars, it can’t really compare to the reliability of compact cars.

RepairPal scores the average reliability of the Ford Mustang at 3.5/5, which ranks it 4th last out of all midsize cars.

Meanwhile, a Honda Civic scores 4.5/5 with which RepairPal classes as excellent.

As you can see from the table below, Consumer Reports has given the Mustang mixed reliability ratings over the years, whereas cars like the Civic, Accord and Corolla almost always score well for reliability.

Mustangs have one of the worst MPG ratings out of all sports cars.

The Mustang averages 19MPG, which is quite a bit lower than other cars that are better for first-time drivers like the Ford Fusion (23 City/34 Highway).

Most users noted that either the gas mileage fluctuates at any given time, which can be expected with a car with this much horsepower.

4. Mustangs Are Expensive To Insure

Mustangs are expensive to insure, and the rates only go up when insurance companies realize a teenager or first time driver will be using the car.

The insurance industry has years of data that help them analyze the risk of insuring car owners, so the fact that the rates jump significantly from teenage Mustang drivers should tell you something!

Unless you live in a warm climate year-round, the Ford Mustang is not a great fit.

Mustang drivers do not have the luxury of an all-wheel drive platform.

Instead, they are stuck with the rear-drive wheel, which makes driving challenging on wet and slippery roads.

The Mustang only sends power to the wheels on the rear, making it a nightmare to drive in the snow.

If you must own a Ford Mustang, you may want to consider getting another powerful vehicle for the winter and heavy rain season and keep the Mustang for the other seasons.

6. Mustangs Are Not Practical

Typically the first car someone gets in the car they end up taking to college, which means plenty of trips from home moving stuff back and forth.

College and high school kids also tend to pile in one another’s car to run errands and go to different outings, so chalk this up as another reason the Mustang is not a great fit.

7. Mustangs Are Not Safe

Many reports show that the Ford Mustang is one of the most dangerous cars to drive in the US, with reports showing collisions and deaths being 4 times as likely!

While the Mustang may carry impressive safety ratings for a sports car, the bottom line is it is still a sports car!

And because it’s a sports car, a first time car owner will be extremely tempted to race it without having the skills or experience to drive at top speed.

Are There Any Benefits To Having A Mustang As A First Car?

As you can tell from this article, I really don’t recommend getting a Mustang if this is your first car.

That said, if you have deep pockets and don’t care about the expensive and frequent repair costs of a Mustang, then sure, why not!

However, most first time drivers are young and short of cash, so these extra costs are not appealing.

Is A Mustang A Good Daily Driver?

The Mustang is not an ideal car for daily driving because it is not practical for year round driving and is a headache to maintain.

If you want an excellent daily driver, consider a Toyota Camry or Honda Accord for first time drivers.

However, if you have your heart set on a Mustang, the best model for daily driving is the EcoBoost because they have the best fuel efficiency.

The Ecoboost models have a turbocharger to make the combustion chambers more efficient.

“Numbers never lie,” as people say, and the numbers show that the Mustang is a very risky car to drive for teenagers.

When you also factor in the additional insurance costs and the lack of practicality, the Mustang is a much better fit for an experienced driver who has money to spare for repairs.

A Ford Mustang has many things going for it.

They are loaded with a ton of features and have a variety of models to select from.

However, when buying a first car, the typical qualities you want to look for are:

The Mustang is the exact opposite of these qualities.

However, if you have the racing itch, there are plenty of safe places you can rent a Mustang to ride on a race track for as little as $299!