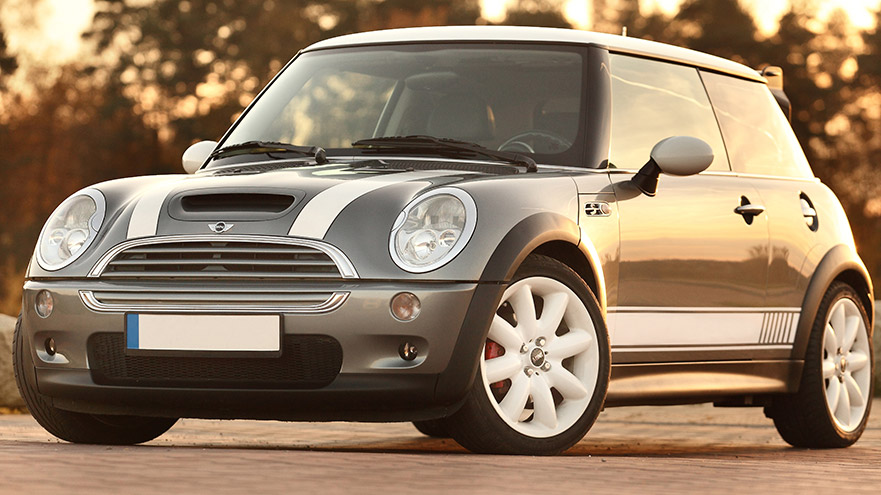 We all know the unique design and iconic look of a Mini Cooper, but what about their fuel economy? Are they gas guzzlers or efficient little runners?

In this, the ultimate guide to Mini Coopers’ gas mileage, we tackle the most common questions regarding the fuel efficiency of this popular car.

Keep reading to learn whether Mini Coopers are good on gas, the type of gas they use, tips for how to increase a Mini’s gas mileage, and more.

Are Mini Coopers Good On Gas?

Mini Coopers have impressive fuel economy, with the majority of the latest models having a combined – taking into account both city and highway mileage – miles per gallon (mpg) of around 30-31.

Car and Driver listed the Mini Cooper Convertible as the best fuel-efficient non-electric passenger car in the “mini compact” size class, with a combined mpg of 31, and the same car also appears on fueleconomy.gov, the official U.S. government source for fuel economy information, where it achieved 32 mpg combined.

That’s not to say that Mini Coopers are the most fuel-efficient cars out there though, as other similar cars, such as the Mitsubishi Mirage and the Kia Rio, appear higher up the fuel economy rankings with combined mpg of 39 and 36 respectively.

Up till now, we have only been discussing cars that run on gas, but it’s worth mentioning that electric cars blow their gas counterparts out of the water when it comes to fuel efficiency. For example, the Mini Cooper SE Hardtop clocks up a whopping 110 mpg combined, topping the rankings in the “subcompact” class.

Which Mini Has the Best MPG?

Electric Minis aside, the Mini Cooper Hardtop and the Mini Cooper Convertible have the best-combined mpg according to fueleconomy.gov, with the 2021 models of both cars tied on 31 mpg combined.

It’s pretty fortunate that Minis have good mpg ratings because they do need premium gasoline (the manufacturer recommends using gas with an octane rating of 91 or above), meaning that owners will have to fork out a few extra cents per gallon when filling up if they want to keep their car in top shape.

Using fuel that doesn’t meet these standards can have a detrimental effect on your Mini’s engine and performance, so although premium fuel might cost you a bit more each time you visit the pump, it’s worth it in the long run.

Can Mini Coopers Use Regular Gas?

While you can use regular gas in your Mini, it is strongly discouraged.

This is because lower-grade fuel can have a negative impact on the car’s performance and possibly even cause damage to the engine over time.

How Big Is a Mini Cooper Gas Tank?

The Hardtop and Convertible Mini Cooper models’ gas tanks hold 11.6 gallons of fuel, while the Countryman’s is bigger, with a capacity of 16.1 gallons.

In the middle of these is the Mini Clubman, with a tank that can hold up to 13.2 gallons.

Related Article: Why Are Mini Cooper Oil Changes So Expensive?

How Much Does It Cost To Fill Up a Mini Cooper?

Exact fill-up costs will depend on where you live and the prices at your local gas station, but going off today’s AAA national average price per gallon ($ 3.32 at the time of writing) you can expect to pay roughly $40 to fill up the smaller Mini models, and anywhere between $44-54 for the bigger ones.

How Far Can a Mini Cooper Drive on a Full Tank Of Gas?

Calculating how far your Mini can drive on a full tank of gas isn’t as simple as multiplying the fuel tank capacity by the mpg. The true mpg depends on how and where you drive, as well as other factors ranging from the amount of weight in the car to whether or not the air conditioning is running.

That being said, we have been able to work out an average by scrolling through the Mini Cooper forums, and most people seem to be able to drive around 250-300 miles before having to refuel.

It is important to remember that this is only an average, and with careful driving, there is a good chance that you’ll be able to stretch this range even further – one driver even posted a picture of his car’s instrument board showing that he had managed over 400 miles on one tank of gas!

How Far Can a Mini Cooper Go on Empty?

There is no definitive answer to how far a Mini Cooper can go on empty, and we wouldn’t recommend finding out.

One forum user suggested they could get another 30-40 miles out of their old Mini once the fuel light had flicked to “Empty”, but ran out of gas after 18 miles in the same situation in their current Cooper SD.

This goes to show the risks of driving your car on empty, but if you’re desperately searching for the next gas station as the fuel light turns on, you should still have a few miles to go before you completely empty the tank.

How To Increase the Gas Mileage of a Mini Cooper?

There are lots of things you can do to increase your Mini Cooper’s gas mileage, ranging from general car upkeep to everyday stuff.

Making sure your tires are properly inflated is a great way of getting more miles out of your Mini, as having too little air in your tires means more rolling resistance, which translates into the engine having to work harder to turn them.

Similarly, extra weight in the car means that the engine will be under more strain, so pay attention to how much stuff you’re transporting about and consider whether you need to have it all in there.

Far easier than checking tire pressure is monitoring your AC usage, as this system takes a surprising amount of power to operate, and using it less could increase your mileage by up to 25%.

Another simple trick to get more out of a tank of gas is to reduce the amount of time spent idling since just having the engine on and not moving can consume between half a gallon to a gallon of fuel an hour.

Be mindful of how hard you’re accelerating and braking too, as a smoother pedal action will burn less fuel than a rougher one.

See how many extra miles you can squeeze out of your Mini’s gas tank by trying these savvy fuel-saving methods.

What Type of Gas Is Best for a Mini Cooper?

The Mini Cooper owner’s manual recommends using Super Premium gasoline, or AKI 91, so this type of gas is best for your Mini.

You can opt to use gasoline with a lower octane rating – down to a minimum of 87 – but it’s likely that your Mini wouldn’t perform as well as it would with the recommended type of gas.

Use any fuel with a lower rating than this, though, and you run the risk of damaging your Mini’s engine.

While the Mini Cooper isn’t the most fuel-efficient car on the market, it has an above-average combined mpg that can be increased further by mindful driving and simple checks.

Using the recommended fuel type can also help to increase your fuel economy since it helps the engine run as the manufacturer intended.

Although once you get your hands on the wheel of this famously fun-to-drive car, there’s a good chance that you’ll be having too much of a good time to worry about the gas mileage!