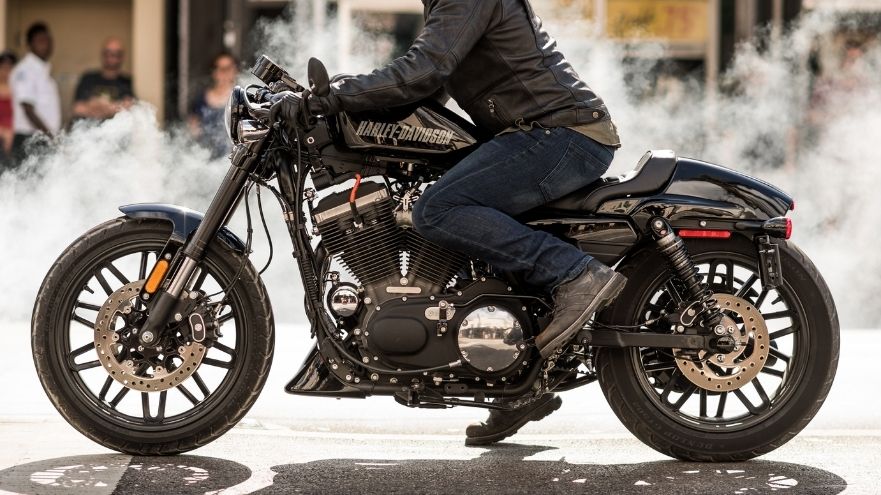 There’s no denying it. Motorcycles are LOUD.

A loud motorcycle can damage your hearing, give you a splitting headache, and can get you a pretty sizable fine at a traffic stop.

So, what are the quietest motorcycles to ride?

Electric motorcycles aside, the quietest motorcycle would be touring models, built for European and Japanese markets. As a rule, the models produced by Honda, BMW, and Kawasaki do not sport a V-twin engine. Some good examples include the Honda  Valkyrie /Goldwing, BMW R120, and Kawasaki Concourse

Continue reading for a full list of the quietest motorcycles to ride, as well as some expert tips on how you can reduce the noise of your motorcycle further.

What Makes A Motorcycle Noisy To Ride?

Let’s take a look at the key reasons why motorcycles are loud to ride, as well as how you can reduce the noise.

Modifications are by far the biggest culprit when it comes to extra noise.

Removing your muffler and baffles or purchasing what’s called a “straight pipe” exhaust setup can easily double the loudness of your motorcycle.

When you are on a motorcycle, the wind noise is the loudest to deal with.

Going down the interstate over 60 mph, you can hit the levels of 105 dBc even with a windscreen up.

A good full-face helmet, combined with earplugs and a windshield, helps a lot.

The exemption is the motorcycles that don’t use V-twin engines.

More cylinders mean less exhaust being pushed through the exhaust pipes at a time.

A low-quality helmet or helmet that doesn’t fully cover your head doesn’t offer much protection for your ears.

Sure, you might look cool, but the compliments you’ll get will fall on deaf ears.

Installing a set of off-road or adventure-style motorcycle tires will increase the noise level.

Off-road tires are especially loud while riding at highway speeds due to aggressively cut threads.

That makes them great off-road but less stable and more audible on the tarmac.

You may also like: Discount Tire Vs Costco (Which Is Better?)

Touring motorcycles have windscreens and knee screens to direct the wind, rain, and bugs around the rider -creating a bubble of relative peace and quiet.

Non-touring motorcycles use the rider’s body to face the impact of whatever road will throw at them- making the ride much louder and less comfortable.

How Loud Are Motorcycles?

Most motorcycles are not all that loud coming out of the factory.

The problem is, that modifying the exhaust to remove baffles and muffler is the most popular motorcycle modification.

California Air Resources Board estimates that more than 85 percent of motorcycles had some sort of exhaust modification.

Removing obstructions in your bike’s exhaust quickly drives the sound level to over 100 dB.

It only takes 15 minutes of 104 dB exposure to permanently damage your hearing, according to NIDCD (National Institute of Deafness and other Communicative Disorders )

Why Are Motorcycles Louder Than Cars?

Motorcycles are much louder than cars simply because they have limited space on their exhaust system.

Carmufflers are usually more than 4 times the size compared to motorcycles –  less surface to stop the sound pressure equals more sound out of the pipes.

What Are The Quietest Types Of Motorcycles To Ride?

The quietest motorcycles are touring models with more than two cylinders.

Touring bikes are the biggest motorcycles made.

That allows much more real estate for bigger mufflers and baffles.

Running at lower rpm means you don’t need to worry about the engine screaming as you throttle it into the red zone to rip off the line like a sportbike.

In general, having more than two cylinders means less exhaust is trying to get through the exhaust simultaneously, allowing the mufflers to deal with it much more efficiently.

It also gives you a much better ride and a chunk more power per size.

A six-cylinder 1833 cc monster of an engine on a Honda Valkyrie F6c interstate is almost 30 dB quieter than a comparable Harley Road King with a motor 380 cc smaller.

What Are Some Of The Quietest Brands Of Motorcycles?

Larger touring motorcycles are produced by Honda, Kawasaki, and BMW.

All three brands do not use V-twin engines for their touring motorcycles.

That lets them create most of their power at lower rpm and sporting very sizable and quieter exhaust systems.

Let’s take a look at some of the quietest motorcycles to ride:

What Are The Quietest Dirt Bikes To Ride?

Dirt bikes are by their nature smaller, lighter, and a lot less complicated electronically.

The smaller size comes with a lot less space for an exhaust system to muffle the sound.

Why Is A Loud Motorcycle A Problem?

Motorcycles that are too loud are a problem because they add to noise pollution and are harmful to your health.

According to the center for noise prevention, it only takes an hour of exposure to the sound of more than 90 decibels to permanently hurt your hearing.

Having to cough up the cash for the noise pollution or modified exhaust ticket is not much fun either.

Is There A Quiet Harley Davidson?

All Harley-Davidsons roll out of the factory with an exhaust that produces sound pressure of less than 80 dB.

We assume that Harleys are louder than other motorcycles because they are much more likely to be modified.

And of course, the first thing to be modified is the exhaust.

About 10 years ago, President and COO of Harley-Davidson, Jim McCaslin, posted a message on the company’s website asking Harley riders not to modify their exhausts.

He also had a couple of things to say about the effect modified pipes have on the bike performance :

”Testing has proven that straight pipes do not necessarily outperform pipes with lower noise levels. Pick the wrong pipes, and you can severely reduce your horsepower and/or your torque. And while you’re doing it, you’ll awaken the sleeping giant of social concern that lives next door to all of us.”

You may also like: Average Lifespan of a Harley Davidson

What Are The Quietest Motorcycle Helmets?

A single-piece, a full-face helmet is the quietest design you can get.

Look for the ones offering a thick neck roll and a chin guard /windjammer – they will help with wind noise when going fast.

Look for a helmet with a thicker quality screen and test both screens and vents to ensure they securely close.

Modular and ¾  helmets will expose you to more noise thanks to the extra openings and seals.

Motorcycles are inherently loud, but there are some pretty good options that will keep your hearing intact.

A good helmet will go a long way; avoiding unnecessary modifications will help as well.

But, if you are dead set on modifying your exhaust or bought a bike that is already modified – check your state’s laws on the matter.

They differ from state to state and come with some pretty painful penalties.