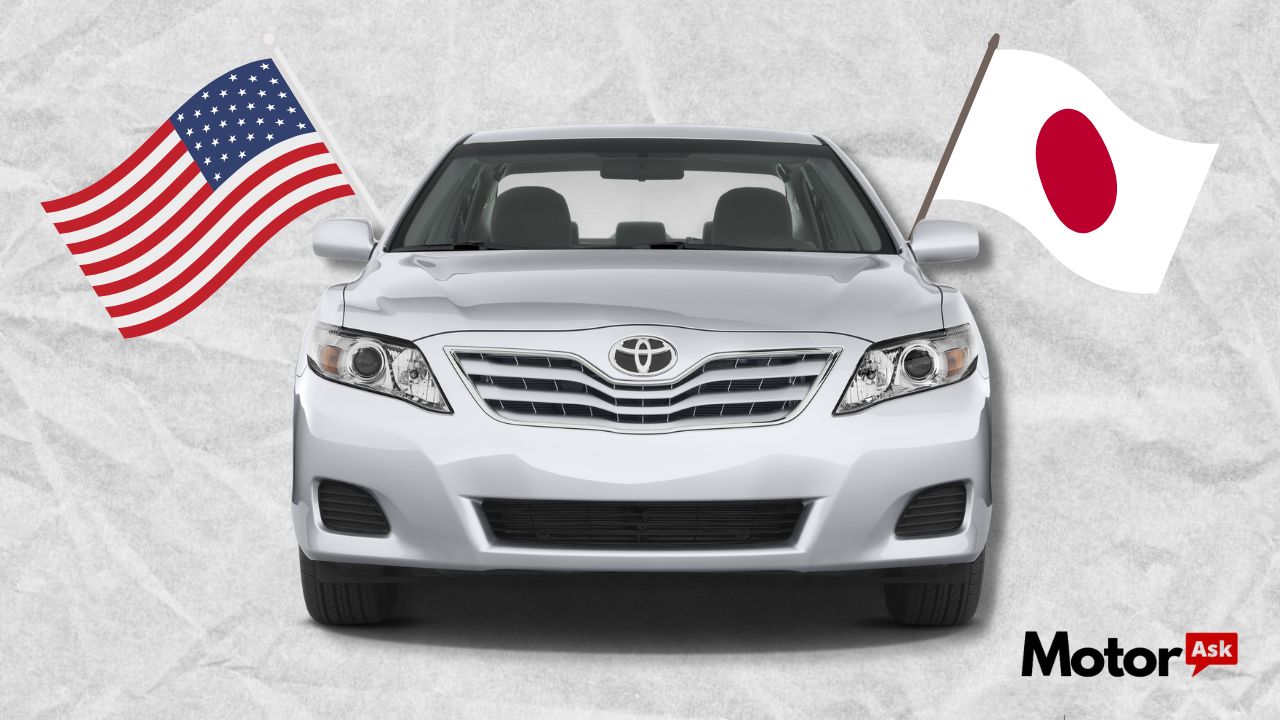 If you are thinking about buying a Toyota, you might have heard that you get better build quality on Toyotas that were built in Japan.

So what’s the truth?

Are Toyotas that are built in Japan actually better than those built in America?

And how can you tell where your Toyota was made?

Read on to find out.

Toyota Made In Japan vs USA

Although it’s a contentious topic and without a definitive answer, It’s widely believed that Toyotas made in Japan have slightly better build quality than Toyotas made in the US. The main reason for this is due to Japanese perfectionist philosophies such as Kaizen, which lead to a more disciplined workforce.

What Do The Experts Say?

Recently, a Toyota master diagnostic technician with over a decade of experience interviewed a Japanese mechanical engineer to ask him if Toyotas made in Japan really are better than those made in North America.

However, you just need to check the comments on the video to see that many people don’t agree with this. The top comment sums up the general feeling that Japanese production lines have higher standards.

“There’s a huge difference in where the vehicle is assembled when it comes to reliability. I work at Hyundai and all those cars are assembled in Alabama, only some are built in Korea. We are always getting brand new cars with missing fuses, no brake fluid in them, clamps not installed on hoses, connectors left loose or damaged. Just yesterday we had one that didn’t have any coolant in it. There’s just no pride left here in America when it comes to building cars. That’s why I bought my 4Runner and I’m glad it was build in Japan”

You can check out the entire interview below:

Are There Any Differences Between US and Japanese Toyotas?

You won’t notice many obvious differences between US and Japanese-made Toyotas. They’ll look pretty much identical to the untrained eye. They use the same parts (mainly) and follow the same strict manufacturing processes.

So why do so many people think that Japan-made Toyotas are better?

There are a couple of reasons…

Kaizen (The Art Of Perfection) Is a Japanese philosophy that is taught to Japanese children at a very young age and produces a manufacturing workforce that is highly disciplined in everything they do.

Japanese workers are also famous for their unwavering dedication to their work. It’s this dedication and perfectionism in all areas of the production line, that produces incremental improvements in build quality and results in a Toyota with slightly better build quality.

On the other hand, the US car manufacturing industry suffers from an unmotivated workforce. A study by the Fabricators and Manufacturers Association found that among US teens 52%
expressed “little or no interest in a manufacturing career”. This is because they viewed manufacturing as a “declining field with unprofessional, dead-end jobs”.

With this contrast in the Workforce mindset, it’s no wonder that just 50% of the 2.3 million Toyotas sold in the US in 2019 were actually made there.

Although Toyota parts are the same on paper, many people believe that smaller components (such as nuts and bolts) are different between those built in Japan and those built in the US.

Many owners try to pinpoint the differences in forums and the general consensus is that Japanese-made components are simply more “solid”.

How To Tell If Your Toyota Was Made In Japan

If you want to know where your car was originally assembled, you need to check your car’s VIN (Vehicle Identification Number) which is a unique 17-character sequence of numbers that is assigned to your car by the manufacturer when it’s built.

You can check your car’s VIN by looking for it at the bottom of the driver-side window. You should be able to see it from the outside.

However, for older cars, your VIN number might be located in the driver’s side door jam like in the image below:

If you still can’t see your car’s VIN you can always check your vehicle paperwork. It will be listed on the title and registration logged with the DMV.

The first character of your VIN tells you the location or country where the vehicle was manufactured and assembled.

If your VIN starts with a letter, then your vehicle was manufactured outside of North and
South America.

Although experts seem to agree that Toyotas built in Japan and the USA should have the same quality standards, it’s hard to ignore the overwhelming opinion of first-hand owners who believe that the Japanese Toyotas have a better finish.

Personally, I will always look for Toyotas that were made in Japan over ones that were built here in the USA.

What do you think? Are Japanese Toyotas better? Please let us know your thoughts in the comments!