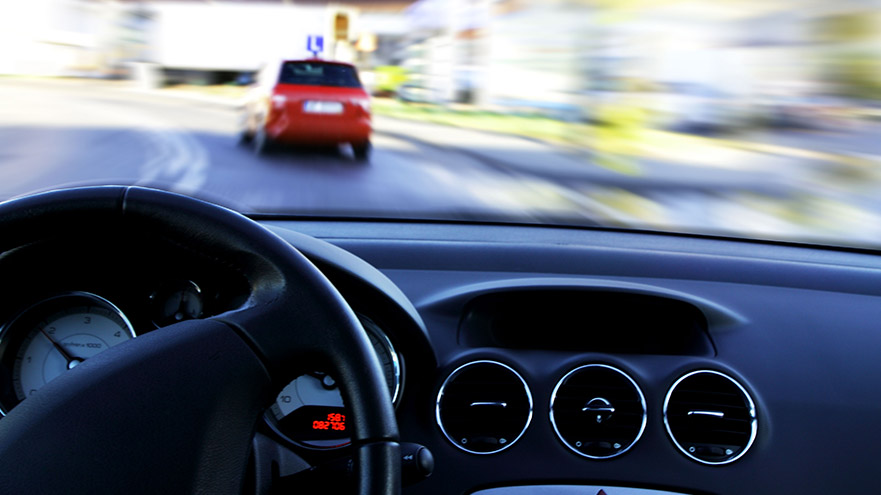 Dynamic radar cruise control (DRCC) is a high-tech feature that helps you maintain a safe distance from the car ahead of you while in traffic.

It uses cameras and radars to monitor the speed of the preceding vehicle and automatically adjusts your car speed to reduce the risk of collision.

Toyota first introduced this driver-assistance system in the 2016 Prius and now offers it in many of their new models.

In this article, we’ll look at all vehicles in the company’s lineup that come with dynamic radar cruise control and the trim levels where it is offered.

Launched in 2011, the Toyota Camry is one of the best-selling passenger cars in history. It boasts a roomy interior, two rows of comfortable seating, and a host of intuitive tech features that would interest any auto enthusiast.

This family sedan is well-loved for its incredible gas mileage, which enables users to travel long distances without having to stop for gas. Other highlights include its standard front-wheel drive, powerful engine options, and easy-to-use controls that make it enjoyable to drive.

However, the Camry is a bit noisier than many of its competitors, such as Nissan Altima, and has a small cargo space for a mid-size vehicle.

Dynamic radar cruise control was first included in the 2018 model of the Toyota Camry. And it comes standard on all trims of the latest version of the car, namely LE, XLE, XLE V6, SE, SE Nightshade Edition, XSE, XSE V6, and TRD.

The Corolla is another best-seller from the Japanese brand. Its huge success in the market can be attributed to its smooth ride, low running costs, and budget-friendly pricing. This vehicle has an upscale interior, comfortable seating for five people, and a bevy of attractive features to ensure owners’ safety and convenience.

It also boasts easy-to-use controls and an excellent fuel economy, rated 31 mpg in the city and 40 mpg on the highway. However, the vehicle has a weak engine and a small cargo space that can only accommodate a few items.

Dynamic radar cruise control is offered on the latest Toyota Corolla, and it’s available on all trim options of the vehicle, including L, LE, XLE, SE, and XSE models.

Although the Toyota Prius won’t win any beauty competition, it deserves a place on your list if you are looking for a reliable, highly-efficient hybrid vehicle. This compact hatchback offers a spacious interior, comfortable seating for five passengers and a huge cargo bay that can stow a lot of luggage.

It also boasts an all-wheel drive, standard tech features, and an exceptional fuel economy, rated 55 MPG both in the city and on the highway. The two main downsides of this vehicle are its meek acceleration and the low-quality of its interior materials.

The Toyota Prius is another model that comes with dynamic radar cruise control, and it can be found across all the vehicle trim levels, including L Eco, LE, XLE, Limited, and XLE AWD.

Introduced back in the year 2005, the Toyota Avalon is a top contender in the large car segment ranking above other popular names, like Nissan Maxima, Dodge Charger, Chrysler 300, etc.

This big sedan boasts a well-designed interior, comfortable seats for five people, and an array of desirable features. It also has a cavernous cargo hold and decent gas mileage for a car of its size. On the other side, the Avalon does not have an all-wheel drive, and it is far more expensive than many of its competitors.

Toyota offers the dynamic cruise control system on the Avalon model as a part of its Safety Sense package. And all the vehicle trims have this smart feature, including the XLE, Touring, Limited, XLE Hybrid, XLE Hybrid Nightshade, and Limited Hybrid.

The Rav 4 has been one of the best-selling Toyota models in the last two decades. Regarded as the grandfather of all crossovers, this compact vehicle boasts an upscale interior, two rows of supportive seating, and a wide range of convenience and safety features.

It also has user-friendly controls and an excellent fuel economy that allow you to go far on a single fill.

Like many models from the Japanese brand, the Toyota Rav 4 also comes with the Safety Sense package, which includes dynamic radar cruise control (DRCC). This feature is available on all trim options of the latest Rav 4, namely LE, XLE, XLE Premium, Adventure, TRD Off-Road, Prime SE, and Prime XSE.

Now in its 13th generation, the Land Cruiser is the most expensive SUV in the Toyota lineup. It has a roomy interior, comfortable seating for eight people, and a strong V8 engine that guarantees an engaging driving experience.

The big vehicle boasts a sizable cargo bay, standard four-wheel drive, and plenty of tech goodies to keep you safe and convenient during trips.

The Land Cruiser’s strongest appeal is its excellent off-road capacity, as it navigates rock surfaces and rough terrains with relative ease. However, its third-row seats are only tolerable for kids, and its fuel economy is too poor for a vehicle with such a high price tag.

The Toyota Land Cruiser also comes with the dynamic radar cruise control system, and it is offered on the two trim levels of the vehicle, including Base and Heritage Edition.

The Toyota C-HR, also called the Coupe High Rider, is a subcompact SUV that is designed to provide you with an excellent driving experience every time you hit the road. It offers a roomy interior, welcoming seats for four passengers, and a long list of standard tech features.

Aside from its appealing looks, the C-HR also has great fuel economy, which enables users to save a bunch on gas. This vehicle could have been a fan favorite, but its jittery speed, noisy cabin, and weak engine deny it a top position on the list of best crossovers.

The new Toyota C-HR also has dynamic radar cruise control, and this amazing technology is offered on all the trim levels of the car, including LE, XLE, and Nightshade versions.