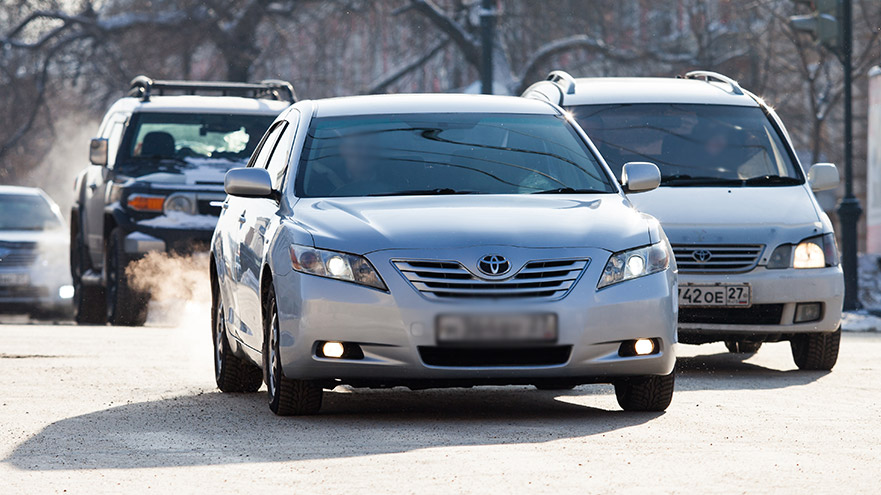 The Toyota brand has a long-standing reputation for producing stylish, efficient vehicles with high resale value and durability. Every now and then, the company rolls out new features to ensure their customers’ comfort and safety, and lane tracing assist is one of their latest additions to make driving safer and less stressful.

This cutting-edge technology observes the lines on the road and makes necessary adjustments to keep you in the center of your lane. Below are some of the popular Toyota models that come with this advanced feature:

The Toyota Corolla is one of the best-selling cars in the US and all around the world. Available in sedan and hatchback body styles, this compact car is known for its comfortable seating, cushioned ride, and great gas mileage.

This popular model has had lane tracing assist added to it since 2019. And nearly all 2022 trim levels of the Toyota Corolla boast this driver assistance feature. Check below for more details

The Toyota Rav 4 is widely considered the grand-daddy of all crossovers. This mid-size SUV has a nice roomy interior, simple-to-use controls, and offers a comfortable ride no matter where you are headed. Its decent fuel economy and a host of fantastic features further add to the Rav 4’s appeal.

Although Toyota Camry may no longer be the best-selling passenger car in the US, it’s still the most popular sedan in America. This middle-size car is known for its spacious interior, comfy ride, and reliability. Another strong appeal is its impressive gas mileage, allowing users to stay on the road longer and spend less on fuel.

The lane tracing assist technology has been included in certain trim levels of Toyota Camry started as far back as 2018. This car comes in eight different trims (LE, SE, SE Nightshade Edition, XLE, XSE, TRD, XLE V6, and XSE V6), and all of these come with this safety feature.

The Toyota Sienna is one of the company’s long-running minivans that are still being sold today. It has plenty of standard features and a roomy cabin with seating for up to eight people. Apart from being comfortable to drive, the Sienna also boasts a terrific fuel economy, rated 36 mpg in the city and on the highway.

Ranked #1 in the large car category, the Toyota Avalon is among the best full-size sedans around. It has a spacious, well-designed interior, comfortable ride, and loads of safety and convenience features any car owners would love. However, due to the dwindling popularity of large sedan cars, the company has announced that the 2022 Toyota Avalon will be the last model of this practical, fuel-efficient car.

The Toyota Avalon comes in different trims levels: XLE, Touring, Limited, XLE Hybrid, XLE Hybrid Nightshade, and Limited Hybrid, and all of these possess the lane tracing assist system. So, you do not need to purchase a more expensive version of the Toyota Avalon to enjoy this feature.

Launched in the year 2000, the Highlander is one of the oldest cars in the Toyota’s lineup. It was the first mid-size SUV with car-like unibody construction. The Toyota Highlander has a large interior, three rows of comfortable seating, and an impressive gas mileage for a truck of its size.

The Toyota Prius is the world’s first hybrid car to be produced on a mass scale, making it one of the most common hybrid vehicles sold in the US. This hatchback boasts a phenomenal fuel economy, which beats that of most cars in its category. It also has a huge cargo hold, a comfortable seating space, and a bevy of convenient and safety features.

The lane tracing assist comes standard in most trim levels of Toyota Prius, so you don’t need to purchase a high-end trim to benefit from this feature

This is the SUV version of the world’s best-selling car from Toyota. It slots into the space between the smaller C-HR and a much larger Rav 4 in the brand’s lineup. And the car’s comfort, versatility, and practicality make it an excellent choice for active families with little kids. The Toyota Corolla Cross has a roomy interior, ample cargo space, and a wide range of advanced features to keep occupants safe and comfortable on the road.

This car has three trim levels: L, LE, and XLE. Each of these is equipped with driver-assistance technologies, including lane tracing assist.

The Toyota Venza is a top pick if you are looking for an efficient and luxurious vehicle. This mid-size SUV comes with five seats, a standard all-wheel-drive (AWD), and a hybrid powertrain that ensures a quiet and comfortable ride. Aside from a spacious interior, it also has a good fuel economy and a host of advanced tech features to cater to your needs.

The Venza comes in three trim levels: LE, XLE, and Limited, all of which include the lane tracing technology to keep drivers safe on the road and reduce fatigue.

The Toyota C-HR is a subcompact SUV with an appealing look and a generous amount of tech goodies. However, the car’s slow acceleration and snug rear seat earn it a low ranking in its category. But what the Toyota C-HR lacks in speed, it makes up for in fuel efficiency. The C-HR has an EPA-Rating of 27mpg city and 31 mpg highway, which is among the highest in its class.

Driver assistance features, including lane tracing assist, come standard in all models of the Toyota C-HR, including the LE, XLE, and Nightshade trim levels.