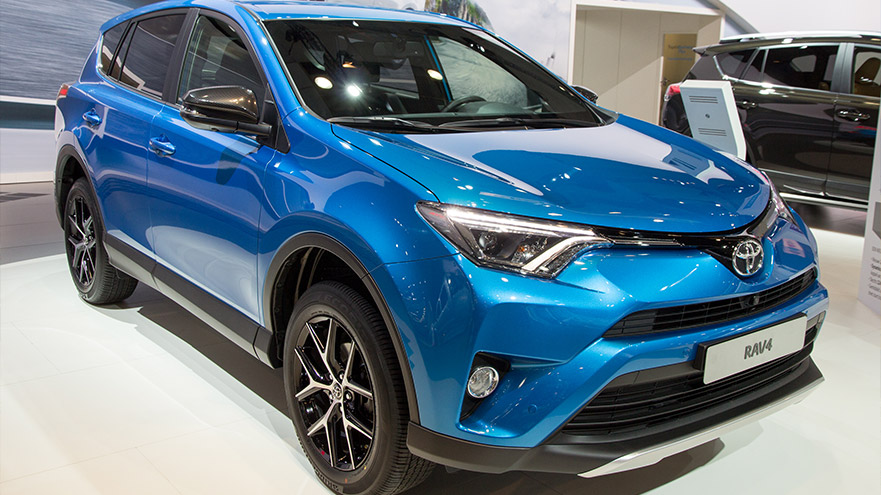 The Toyota Rav4 Is the most popular SUV in America, known for its smooth ride, spacious interior, and excellent fuel efficiency.

If you are planning on buying a Rav4 second-hand, it’s important to understand which years have the most problems, so you can give them a swerve.

In this article, I’ll tell you what Rav4 Years to avoid, as well as the years that will provide you with the most reliability and value for money.

If I were buying a used Rav4 tomorrow, I would avoid buying any Rav4 year prior to 2016.

The Rav4 had a significant redesign in 2016, which improved its exterior, gas mileage, safety, and interior noise reduction (among other things) So to me, it makes sense to avoid older models that lack these features.

If you are planning on buying newer Rav4 models, I would recommend avoiding the latest 2019 and 2020 Rav4 models. The Rav4 was further redesigned in 2019, and it’s had a bit of a shaky start.

The 2019 redesign has had more safety recalls (7) than any of the 2016-2018 versions (2) and these safety recalls are for critical issues like suspension, engine, and steering. Because of these recall issues, the 2019 and 2020 models also score significantly lower for reliability than other models.

Which Year Rav4 Is The Best?

The 2016 – 2018 Rav4 models also include the redesigned exterior, which I find much more aesthetically pleasing than previous versions. In addition to this, these models also have significantly better gas mileage than previous years.

Do Toyota Rav4 Have A Lot Of Problems?

The Rav4 is generally considered a reliable vehicle that does not encounter many critical problems.

RepairPal reports that the Rav4 has low maintenance, costing an average of $429 to repair each year compared to $521 for all SUVs. The severity and frequency of repairs on a Rav4 are also lower than other cars.

That said, just like any other car, it’s important that you look at year each year’s problems individually, as some years have more problems than others.

Below is a list of the last 10 years of Rav4 years with the most common issues reported for each one. The data used comes from CarComplaints.com

Here are some of the most common problems on the 2019 Rav4:

Here are some of the most common problems on the 2018 Rav4:

Here are some of the most common problems on the 2017 Rav4:

Here are some of the most common problems on the 2016 Rav4:

Here are some of the most common problems on the 2015 Rav4:

Here are some of the most common problems on the 2014 Rav4:

Here are some of the most common problems on the 2003 Rav4:

Here are some of the most common problems on the 2012 Rav4:

Here are some of the most common problems on the 2011 Rav4:

Here are some of the most common problems on the 2010 Rav4:

Do Toyota Rav4 have More Problems Than Other SUVs?

When researching a Rav4, It can be very off-putting when sites like CarProblemZoo report thousands of problems from customers. These sites can make the Rav4 appear like it’s riddled with problems and that you will forever be visiting the garage. However, that this is not the case.

Firstly, all vehicles encounter problems, not just the Rav4. Also, most problems reported will be very minor, and most of the critical issues will be on older Rav4s that are over a decade old.

Secondly, the more popular the car (or SUV) is, the more likely you are to find problems reported online. The Rav4 is one of the most popular SUVs in America, so I would expect it to have a disproportionate number of complaints.

If you want to get a more accurate picture of whether Rav4’s have more problems than other SUVs, it’s important to consider reliability ratings, recalls, as well as the common problems reported.

In the table below, I compare the Rav4 vs its most popular alternatives.

I find it gives a much better picture of the Rav4s overall reliability.

The reliability and recall data in the table below comes from Consumer Reports, while the reported problems data comes from CarProblemZoo.com

So, do Rav4s have more problems?

Rav4’s do not generally have more problems than other SUVs.

In fact, they usually have fewer problems. Only the Mazda CX-5 had fewer reported problems than the Rav4 over the last 5 years.

The Mazda CX-5 and Honda CR-V also have better reliability scores and fewer recalls than the Rav4.

Which Rav4 Years Have The Worst Gas Mileage?

In my book, when recommending the Rav4 years to avoid, it’s important to take into consideration which years get the best and worst gas mileage.

However, as you can see from the table below, there are a few years when the average MPG that the Rav4 gets improves considerably.

As you can see, the Rav4s average MPG improved considerably after 2012 (22-24 mpg in the city) and then improved again after 20187 (25 – 41 mpg in the city) Therefore, if you’re looking at buying a newer Rav4 and gas mileage is important to you, it might make sense avoid years older than 2018.

If you’re considering buying an older Rav4, then it might make sense to avoid any year older than 2013, as older models than this represent a big drop in fuel economy.

Which Rav4 Years Are Most & Least Reliable?

The 2016-2018 Rav4 models are the most reliable years, as they have the best reliability scores with the fewest recalls.

Both Consumer Reports and JD Power give the 2016-2018 models very high marks for reliability.

It’s clear that the 2018 model has ironed out most of the issues that occurred from the 2016 redesign.

The 2016-2018 models required only 2 recalls each, which further reinforces their reliability credentials compared to other Rav4 years.

Unfortunately, the least reliable Rav4 years (and ones which you should avoid) are the latest versions.

The 2019 and 2020 Rav4s get poor reliability scores which are backed up by a higher than average number of recalls.

It’s clear that since the 2019 redesign, the Rav4 has experienced many issues, and its reliability has suffered as a result.

However, I would expect Toyota to rectify this in the next couple of years.

Rav 4 Years With The Most Recalls

It’s fair to say the 2011 and 2010 Rav4 models were a bit of a mess and had all sorts of recall issues, including suspension and accelerator pedal issues that sound particularly worrying.

These recalls included issues with the power steering, fuel pumps, and engine leaks – all critical issues that could increase the chances of a crash and injury.

The recalls on the 2018 Rav4 are minor labeling errors and are not critical to the function of the car.

If you are looking at buying a second-hand Toyota Rav4, then It’s always a good idea to the license plate or VIN number through Toyotas Safety Recall Lookup to see what recalls the car has had and if there are any open recalls.

You can also do the same thing over at the National Highway and Safety Administration website.

If you are buying your used Rav4 from a dealership, then make sure to ask them about any recall repairs that the vehicle has had.

If there is an open recall on the rRav4, you can ask them to fix it as part of the deal.

Although the Rav4 is generally considered a reliable vehicle when compared to its competitors, some models are definitely better than others.

The best Rav4 years are the 2016-2018 models, as these score high-reliability ratings and have only a couple of minor recalls.

These models also include the sleek exterior redesign and improved MPG.

Unfortunately, Toyota tried to fix something that wasn’t broken which means the newly redesigned 2019 and 2010 Rav4 years are some of the worst Rav4 years you can buy.

These models have had numerous issues, and have been recalled for some pretty serious safety issues.

Ultimately, If you’re buying a used Rav4, It’s important that you run the VIN number through a recall database to see if it has any open recalls.

You can then check if the owner or dealership has bothered to get them fixed.