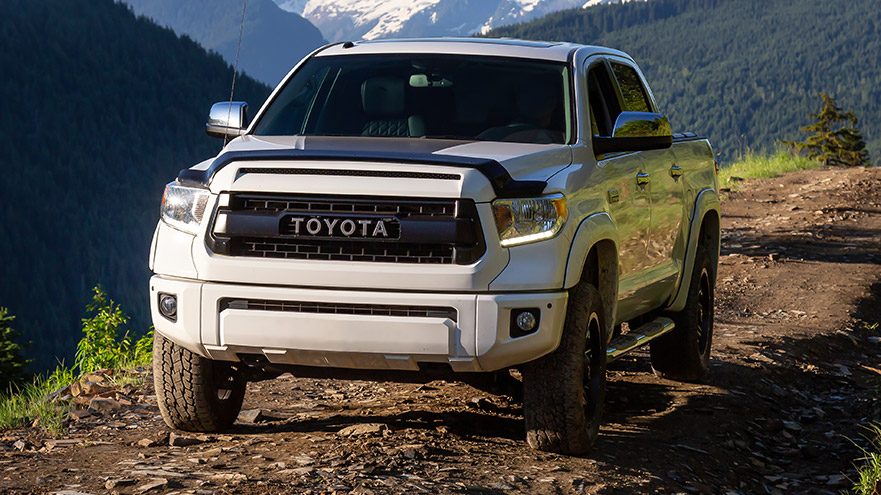 The Toyota Tacoma is the best-selling compact pickup truck of all time, thanks in part to its rugged looks, excellent reliability, and high resale value.

But do Tacomas get good gas mileage? And how does its MPG compare to other pickup trucks in their class?

In this article, we’ll answer some of the most common questions people have about the Tacoma’s gas mileage.

Are Tacomas Good On Gas?

Most people don’t buy Tacoms because they are good on gas. If you’re thinking about buying a Tacoma, you’re going to have to make peace with the fact that your gas mileage isn’t going to be great.

If you compare the gas mileage of the Tacoma (20 mpg city, 23 mpg highway) to an economical family car like the Toyota Camry (28 mpg city, 39 mpg highway) then Tacomas look like they are terrible on gas.

Which Toyota Tacoma Has The Best Gas Mileage?

Tacoma MPG has remained pretty steady over the last decade, with most models achieving between 19 and 23 mpg combined (city and highway)

That said, according to FuelEcomony.gov the 2013 Tacoma (2WD) has the best gas mileage of any Tacoma in the last 10 years, achieving 21 mpg in the city and 25 mpg on the highway.

2WD Tacomas have the best MPG because they don’t include heavy 4WD drivetrain components.

If you’re looking for a 4WD Tacoma, then the 2022 Tacoma offers the best gas mileage in the last decade, achieving 19 mpg in the City and 22 mpg on the highway.

How Does A Tacomas Gase Mileage Compare To Other Pickup Trucks?

The 2WD Chevy Colorado gets the same gas mileage as the 2WD Tacoma (20mpg) in the city. However, when it comes to the highway, the Colorado gets significantly better mpg (30) than the Tacoma (24)

How Big Is a Toyota Tacoma Gas Tank?

Most Toyota Tacomas in the last decade have had a gas tank size of 21.1 gallons. Every Tacoma model (regardless of trim spec) has the same gas tank size.

How Much Does It Cost To Fill Up A Toyota Tacoma?

The cost to fill up a Toyota Tacoma depends on the state you are driving in, the type of fuel you use, current fuel prices, and even the garage you buy it from.

How Far Can A Toyota Tacoma Go On A Full Tank Of Gas?

That said, most people will not get anywhere near this as factors such as traffic, hills, weather, and aggressive driving will all reduce the number of miles you can get on a single tank.

How Far Can A Toyota Tacoma Go On Empty?

Most Tacomas will have between 20 and 30 miles left when the fuel light comes on. That said, the distance that your Tacoma will go on empty depends on a number of factors such as driving habits, terrain, and how well your tires are inflated.

The distance to the empty dashboard gauge is usually calculated by looking at the average MPG you got on your last tank of gas, so if you were driving inefficiently just before your light cam on, you are likely to get fewer miles.

You can squeeze out more mileage when running on empty by driving slower and doing your best to reduce both your breaking and revs.

How To Improve Gas Mileage On A Toyota Tacoma

Here are a few ways you can improve gas mileage on your Toyota Tacoma.

9 Reasons Your Toyota Tacoma is Getting Poor Gas Mileage

Tacomas aren’t exactly known for their excellent gas mileage. However, some owners find that their Tacoma isn’t getting the mpg that it should be.

Here are X common reasons your Tacoma is getting bad gas mileage: