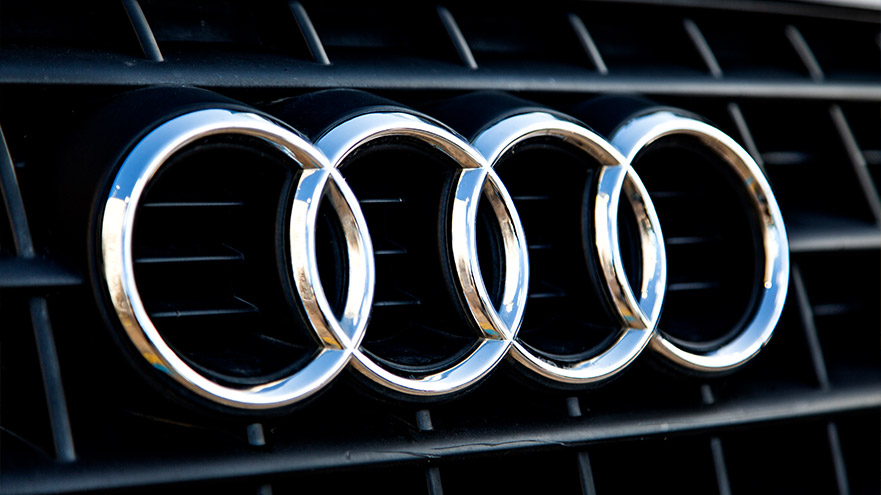 It’s hard to not think of luxury when you see those four rings on the road.

Audi’s are world-class luxury vehicles, but why exactly are they so expensive?

Audi’s are some of the most expensive luxury vehicles out there mainly because of their high level of technology and quality of parts. Additionally, Audi competes directly against other luxury brands such as Mercedes-Benz and BMW. Therefore, their pricing is adjusted to outsell these competing brands.

If you are curious to know more about why exactly Audi’s are considered luxury vehicles, keep reading!

Let’s take a look at some of the main reasons why Audis are so expensive.

5 Reasons Why Audis Cost So Much

Let’s take a closer look at the main reasons why Audis are so expensive.

1. They Are Considered a Luxury Vehicle

Audi’s are considered a pillar in the German luxury vehicle world.

With a brand that dates back to 1909, Audi has had considerable time and resources to establish itself as a luxury automaker.

Audi prices typically reach the 100,000USD mark, with some of the most expensive Audi models selling at over 400,000USD.

Luxury vehicles will always be priced higher than non-luxury.

2. They Are a Versatile Brand

Audi’s models have a huge range. They build sedans, large SUVs, and even the R8 supercar.

Their variety of choices allows them to be competitive in several markets.

Couple their variety with the fact Audi is a luxury brand, and it is easy to see why their vehicles cost so much.

Investing in different technologies and parts for all of these different models creates a high cost for the company, which in turn can raise their sales prices.

3. State of the Art Technology

Because Audi is a luxury brand that is competing with other luxury automakers, they spend a large amount of money on technology development.

This results in new state-of-the-art technology in every new model that is released.

Many tout the 4-wheel drive system in Audi cars, currently utilizing Quattro technology, as the best in the industry.

This status allows Audi to price their vehicles with this technology at a much higher price.

4. They Are Priced Competitively

Audi has been in direct competition with other European luxury brands for decades.

In order to compete with them in the market, these brands are constantly trying to one-up each other in prices.

One of Audi’s fiercest competitors is Mercedes-Benz, whose luxury vehicles match Audi in variety and cost.

Having competed with each other since their origin, these two brands are frequently attempting to match and raise their prices.

Audi is one of the most popular luxury vehicle brands in the world.

In 2021, they were ranked number 3 among the most popular luxury car brands, standing above Tesla, Lexus, and more.

This recognition ensures Audi’s clientele is top class, making it easy for the brand to raise its prices.

Not just anyone can afford a top 3 car.

Why Are Audis So Expensive to Maintain?

One of the biggest complaints made by Audi owners is the high cost of maintenance.

The annual average repair costs for Audi vehicles are estimated to be around $987.

Compared to a Tesla which has an estimated yearly repair cost of $100 to $500, Audi’s yearly costs are significantly higher.

This should reduce the overall cost in the long run, as the set price protects from inflation.

Are Audis More Expensive Than Mercedes?

The cost of purchasing the initial vehicle can vary depending on the model and year.

Typically, a Mercede’s initial cost is more expensive than an Audi’s.

This is not surprising considering Mercedes is the number 1 ranked luxury brand, whereas Audis are number 3.

Here is an example of the difference in the retail price between Audis and Mercedes:

Luckily, Audi’s steering, suspension, electrical, and battery work are all cheaper to maintain than Mercedes. Therefore, the overall cost can often depend on the maintenance you need over time.

Are Audis More Expensive Than BMW?

When compared to BMW, Audis tend to be less expensive initially.

Though this too depends on the model.

BMWs hold the number 2 rank of all luxury models, therefore their prices tend to range around the second highest.

The gap in price between Audis and BMWs has a much smaller margin than Audis vs Mercedes.

Here is an example of similar models, as you can see the BMW is several thousand dollars more expensive than the Audi.

When compared to the other top luxury brands, Audi is slightly less expensive than Mercedes and BMW.

But what about other similar car brands?

As shown in this table, when compared to other similar car brands, Audi is more expensive.

The exceptions to this rule tend to be Mercedes and BMW, which are the number 1 and 2 highest ranked luxury brands respectively.

Why Are Audis So Expensive To Repair?

In addition to the high cost of maintenance, a damaged Audi can be very expensive to repair.

Common parts that may need to be repaired, such as an oil leak, are not usually more expensive than most cars.

However, when the high-tech in an Audi gets damaged, the cost of repairing those parts can be exorbitant.

That is a significant jump in price, which is mainly caused by Audi’s advanced technology and high luxury status.

Why Are Audi Leases So Expensive?

Just this past year, the 2021 Audi Q7 Quattro Premium increased its average leasing price from $693/month to $747/month.

The reason why Audi leasing is so expensive is due to its luxury status.

Some people have criticized Audi for its poor leasing even among other luxury brands.

However, it should be noted that many luxury brands, such as Porsche, have extremely expensive leases as well.

Why Are Audis So Expensive To Insure?

Audis are luckily not a commonly stolen car and have relatively high safety ratings, both facts that help reduce the cost of insurance.

Are Audis Worth The Money?

Whether or not Audis are worth the money depends on what you are looking for.

Audis are top-rated luxury vehicles with good safety ratings and the latest technology.

If you have the money to spend on more insurance and maintenance, an Audi can become a reliable luxury ride.