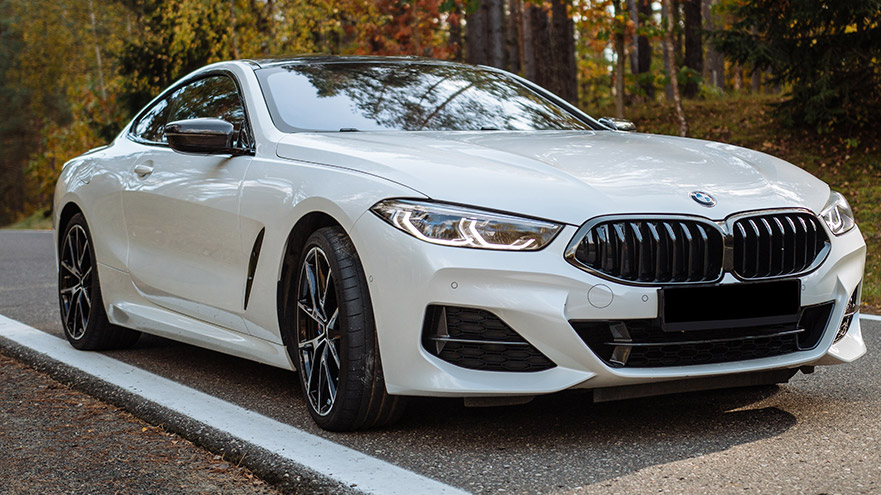 The BMW company is a German auto giant with an illustrious history that spans more than a century.

But despite being significantly pricier than similar Japanese brands, BMWs are often viewed as being unreliable and tough to maintain.

So, why are BMWs so expensive?

The principal reasons behind BMW’s high cost are their design and build. Like most German brands, BMW cars are designed for luxury, elegance, and performance. Their build quality, safety, comfort, refined engines, as well as their position as premium products all contribute to their huge price tags.

Read on to find out why BMWs cost so much, whether they’re worth the money, and roughly how much insurance you should expect to pay.

5 Reasons Why BMW Cars Are So Expensive:

Let’s take a close look at the top 5 reasons why BMW cars are so costly.

When mentioning cars with the highest build quality, it’s impossible to overlook BMWs.

Just like other German-made cars like Mercedes or Audi, one of the key focuses of BMW’s design process is marrying performance with style and comfort.

Even the most basic BMW models come with durable handles, knobs, buttons, and perfectly fitting interior and exterior body panels that are great to touch.

For higher-end models, the interior finishings, electronics, rubber, paint, and metal sheet quality are among the best on the market.

BMWs also feature excellent sound and water insulation making them great to drive in any condition.

And since they have fewer electronic components compared to more recent models, older BMW cars are much easier to maintain.

Another major factor behind BMW’s massive sticker prices is their keen emphasis on comfort.

While economic cars like Toyotas typically come with cloth interiors, most BMWs feature leather finishes as well as a broad array of high-end materials.

BMWs sometimes get an unfair reputation for being notoriously unreliable.

However, the reality is that a BMW’s performance and lifespan primarily depend on the level of care and maintenance provided by the owner.

If they are taken care of diligently, they can be ultra-reliable machines.

Multiple owners of well-cared-for Bimmers on this thread have even testified clocking well over 500,000 miles.

Because they are purpose-designed and built for performance, they tend to have several intricate parts that can break down easily.

To get the most out of a BMW, it’s advisable to go above and beyond the maintenance schedule recommended by the manufacturer.

BMW cars feature refined, high-performance engines that can drive smoothly for hundreds of thousands of miles provided they are properly maintained.

They excel in all the key performance metrics including horsepower, acceleration, handling, braking, and so on.

This is especially impressive if you consider the 3 series is in fact one of the slower models. BMW’s fastest flagship cars can do it in under 3 seconds.

Owing to their position as a premium product, part of the cost of BMWs is meant to maintain the status of their brand.

Is BMW Really Worth the Money?

Generally speaking, buying a BMW is not a great investment. Like most German-made luxury cars, BMWs depreciate quite fast compared to Japanese cars.

According to iSeeCars.com, the BMW 7 Series and BMW 5 Series both lose over 70% of their initial value within the first 5 years.

This alarming depreciation rate can be attributed to the low demand for used BMWs.

Because they are often regarded as high-maintenance cars, limited demand for used BMWs tends to drive their prices down.

What’s more, by the time most BMWs hit the used car market, their warranty period has usually expired.

This also tends to drive down their value.

At the same time, a steady stream of BMWs onto the used car market results in excessive supply.

To understand how this comes about, it’s important to note that leases make up more than half of all BMW sales.

As such, there’s always a constant supply of three-year-old BMWs on the market.

A combination of oversupply and limited demand is the primary reason for their rapid decline in value.

Compared to similar luxury cars, BMWs are not overpriced. However, when you consider fuel economy, ease of repair and maintenance, parts availability, and service cost, they may be considered overpriced.

The sticker price of a BMW car typically falls at the higher end of the spectrum.

Let’s consider an offering that has formed the foundation of BMW’s product line for several years: the 3 Series.

However, several owners have reported their dissatisfaction with the overall lack of reliability compared to Lexus, for instance.

Apart from the purchase price, BMW cars are incredibly challenging to maintain.

While brands like Lexus can be just as expensive to maintain, BMWs generally require more frequent maintenance.

Why Are BMWs Expensive to Maintain?

BMW maintenance is particularly costly due to their design and build. On average, BMWs cost roughly $17,800 within the first decade.

Without the right level of care and maintenance, BMWs are prone to regular breakdowns.

And as you might have guessed, qualified mechanics don’t come cheap.

Consequently, simple repairs like replacing a gasket could end up costing a small fortune.

Why Are BMW Parts So Expensive?

BMWs are high-performance vehicles that feature a broad range of cutting-edge automotive technologies. As a result, routinely purchasing and replacing everything from brake pads to wiper blades can be incredibly expensive.

On the other hand, because BMW is marketed as a luxury brand, the price of their replacement parts is artificially inflated.

That being said, BMW parts typically come from reputable suppliers meaning most of their price is justified.

Why Are BMWs So Expensive to Insure?

For a 30-year-old male, it costs an annual average of $4,049 to insure a BMW. The premium rate depends on several factors including age, driver history, and location.

As a luxury brand, BMW cars are viewed as prime targets for car thieves which in turn makes them expensive to insure.

That’s because they are considered to be more likely to be involved in accidents.

In most instances, an 18-year-old BMW owner will have to pay twice the rate of a 30-year-old owner of the same model.

The higher the incidences of claims, the more car owners have to pay.

Why Do BMWs Cost So Much? – Final Thoughts

BMW cars are all about elegance and high performance. Consequently, these cars are neither cheap to buy nor to maintain.

That being said, careful driving, proper storage, and routine maintenance will ensure you get the most out of this luxury car.