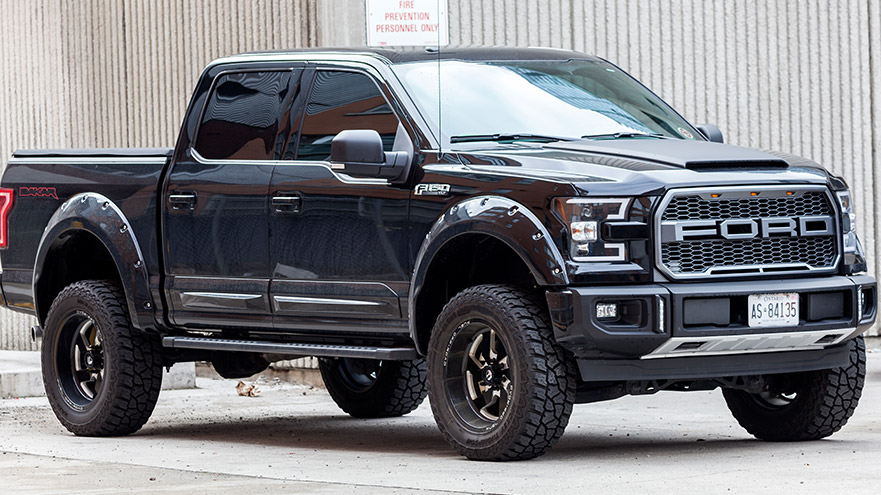 When it comes to pickup trucks, they don’t get much more desirable than the Ford F-150 Raptor.

But if you’ve looked into purchasing one of these famed beasts, you might have seen the price tag and asked yourself why they cost so much.

Ford Raptors are so expensive because they are tough, reliable, high-performance machines with an excellent reputation, as well as being solid all-rounders in all types of terrain. They also offer superior comfort in addition to lots of features designed to make your ride as smooth as possible.

Read on as we delve into the Raptor in more depth to look at the specific reasons as to why this legendary truck costs a pretty penny.

8 Reasons Why Ford Raptors Are So Expensive

We’re going to break it down and look at each reason in more detail to give a clearer picture of why Ford Raptors are as expensive as they are.

Ford has a long and rich history of building vehicles, and they put all of this knowledge and experience to good use in the Raptor.

The engine shares pedigree — almost 60 percent of its parts — with the famed Ford GT supercar, so it does not lack power.

It has a high clearance, so can roll over many off-road obstacles with ease.

It comes with a huge 13.9 inches of rear suspension travel, allowing it to absorb an impressive amount of impact from bumps and even jumps.

The bed in the back is equipped with useful features for work, such as the interior work surface.

The truck can double as an on-the-go office!

The 3.5-liter EcoBoost V-6 under the hood and the 10-speed transmission make for a smooth yet powerful ride.

The Fox Racing suspension coupled with four-wheel drive means that the Raptor is as at home on the roads as it is off them.

A road test by NBC described the Raptor as delivering incredible levels of comfort and performance despite drivers going out of their way to put it through its paces on uneven road surfaces and off-road.

An important factor to consider in a truck is its towing capacity.

The Raptor proved competent in this regard, with a capacity of between 6,000-8,000 pounds depending on the model.

With so many more capabilities than your average car, it is natural that the Ford Raptor is going to set you back more.

There’s no denying that the Ford Raptor is one good-looking truck, a factor that makes buyers more likely to splash out on it.

The array of state-of-the-art gadgets to be found in the interior and exterior of the truck make the Raptor understandably more expensive.

With every Raptor, Ford include features, like a 400W power outlet in the bed, LED Security Approach Lamps, and automatic emergency braking.

The Raptor provides the utmost comfort and convenience for the driver.

All these components go some way to explaining why this vehicle doesn’t come cheap.

4.  Expensive Upgrades the Raptor comes with a wealth of sophisticated in-built features as standard, but buyers have the option to personalize their vehicle by adding even more.

Add-ons such as the 360-degree camera package, heated steering wheel, and an interior work surface are handy extras, but all contribute towards a higher price tag, raising the sticker price by thousands of dollars depending on which are added.

This pickup truck talks the talk and walks the walk, so don’t expect any compromise in terms of reliability.

It is built for performance on the streets as well as in rugged terrain, and its design reflects this.

Due to the off-roading chops, the truck tends not to be used as a daily runner, so finding one with hundreds of thousands of miles on the odometer is quite rare — imagine clocking up that many off-road miles!

That being said, Raptors with tons of highway miles are out there.

A first-generation Raptor was bought with 218,000 miles on the clock and required no work under the hood.

With the proper maintenance, these trucks can be relied upon to last for a long time.

As with any used car, buying a vehicle that has driven over 100,000 miles can come with its risks, but the durable reputation of the Raptor and its potential for longevity allows Ford to charge a higher price.

The robustness of the Raptor’s makes it a safe ride, with the cab of the newest model earning the highest safety rating in a recent crash test.

The host of in-built safety and security features only work to make the experience safer: from rear parking sensors, the collision warning system, the four-wheel anti-lock brakes, adaptive cruise control… the list goes on.

Despite the price of the truck, you can rest assured that Ford has not compromised when it comes to safety.

You won’t have to look far and wide on forums to get a sense of how popular the Ford Raptor is.

This famed pickup from the renowned Ford brand has been in service for over 10 years, and it just keeps getting better, with its base model, the 2021 F-150, recently being named the North American Truck of the Year.

Since the Raptor is a souped up version of the best-selling F-150, it is no wonder that it remains a popular truck, particularly as it is so versatile.

The Raptor can be comfortably used as the ultimate work vehicle whilst also being suitable for everyday situations.

Fans of the truck love the way it looks, with the unique grille bearing the famous Ford name in such an impressive, rugged style.

It’s big, mean, and looks the part — qualities which keep the Raptor in high demand and therefore at a higher price.

Raptors don’t depreciate much in terms of resale value.

Raptors only lose around 20% of their value over a five-year period, which means that they are always going to be an expensive option when compared to cheaper trucks in a similar class.

This ties into the reliability of the Raptor too: even though it is used, if you know you are going to be buying a truck that you can rely on, you will be willing to spend that bit more.

Why Are Ford Raptors Sometimes Marked Up?

Not all Raptors are created equal.

That is to say, there are optional extras that a buyer can choose to include with the truck which can cause the starting price to fluctuate by thousands, or even tens of thousands of dollars.

The attention that the Raptor gets leads to marked up prices, with some dealerships charging almost $50,000 over the listed starting rate.

The reason that they can do this is due to the Raptor’s stellar reputation.

There is a good chance that somebody will pay a high price to get their hands on this accomplished all-rounder.

Markups aside, whether or not Ford Raptors are overpriced depends on your point of view and what it will be used for.

Compared to the base F-150 model, Ford Raptors look expensive since they start from almost double the price of their counterparts.

This extra cost is there for a reason: the Raptor comes with a bigger engine, more horsepower and torque, four-wheel drive as standard, and 10-speed transmission (as opposed to six), not to mention the racing suspension system and six different drive modes.

For those willing to fork out the extra cash, it does seem as though you get what you pay for when it comes to the Raptor and its capabilities, particularly when off-roading.

Are Ford Raptors Worth It?

A Ford Raptor is definitely worth it if you plan to drive it off-road and make full use of its specially-designed specifications.

It would be a fantastic — not to mention fun — investment, and with the high resale value there is a good chance that you would recoup much of what you paid for it initially.

However, if you are looking for more of an on-road truck that will get you from A to B with the odd adventure thrown in, the Raptor, while being perfectly capable of doing so, is probably not the ideal choice since there many other vehicles that are more suited at a lower price.

Why Are Old Ford Raptors So Expensive?

Simply put, old Ford Raptors are expensive because they are so reliable.

This means that they hold their value and buyers will be more inclined to spend a bit extra on a used truck they can trust.

Additionally, they have only been in production for just over a decade, which means that the oldest ones around are still pretty young compared to some other trucks on the market.

When looking solely at the starting price, the Ford Raptor appears quite expensive compared to similar pickups.

And, while the TRX has more power under the hood, the Raptor still stands up well against it in terms of its off-road capabilities.

Ford Raptors are expensive because you are getting a dependable, tough, versatile machine from a renowned brand.

They are built well and can handle an impressive variety of terrain, from potholes to desert, and are equipped with state-of-the-art technology in order to offer the safest, most comfortable ride possible.

The concept of “expensive” can be subjective — everybody is different, and it depends how much you are willing to spend and what you are looking for from a vehicle.

If you are in the market for an awesome, reputable, and reliable off-roader, then you might be thinking that the Raptor is worth every cent.

But if, for example, you just like the look of the Raptor and you don’t require the high-performance specs, it quickly becomes a lot of money to pay for a good-looking set of wheels.