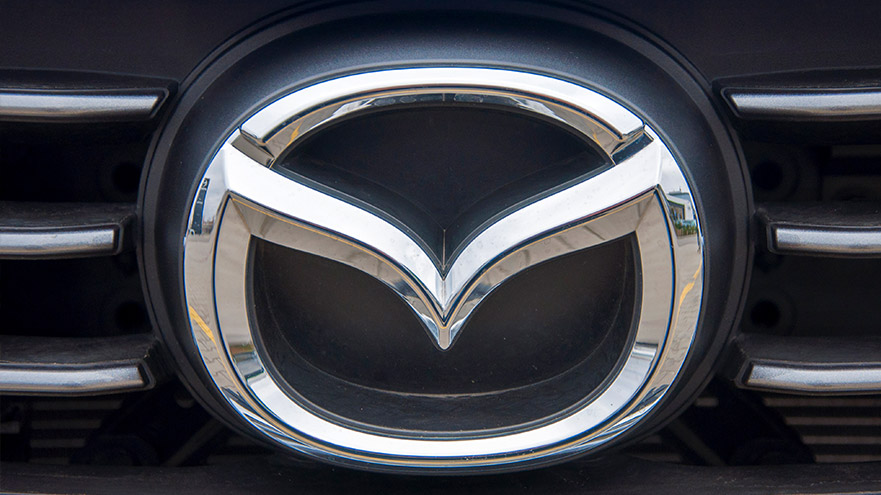 If you’re looking to purchase a new car, you might have noticed a Mazda for sale and wondered to yourself why it’s so cheap.

Mazdas are so cheap because they aren’t as renowned as their competitors and not many people know of their performance and worth. Mazda is a smaller company that doesn’t benefit from the same word-of-mouth reputation as the bigger brands and has less to spend on advertising, resulting in it being something of an under the radar car brand.

So now we’ve given you the basics, keep reading for a further look into the reasons as to why this Japanese manufacturer’s cars are cheap.

2 Reasons Mazdas Are So Cheap

Mazda doesn’t command as impressive a reputation in the mind of the consumer as bigger car manufacturers like Toyota do, especially when it comes to things like safety and reliability.

Toyota has been the highest-selling Japanese car manufacturer in the US for years, commanding 1 2-13 percent of the market share, whereas Mazda has never hit those heady heights, selling less than a sixth of the vehicles that Toyota did in 2020, resulting in a market share of 1.9 percent.

Therefore, the Mazda badge and what its cars can do are not as acclaimed as the mainstream brands, and if not as many people know or are talking about the quality of the cars, the prices aren’t forced up due to hype or expectation.

A used Mazda tends to be much cheaper than cars from similar manufacturers like Toyota and Honda because of its lack of brand power, too.

A depreciation comparison by CarEdge.com showed Mazdas as ranking lower than Toyota, Honda and Subaru in terms of resale value after five years. A five-year-old Mazda will hold four percent less of its value than a Subaru of the same age, and one to two percent less than a Honda and a Toyota.

Despite the fact that Mazda makes reliable cars, less people are aware of this and as such they are not prepared to pay as much for a used Mazda as they would for a vehicle from one of the other popular brands with an established reputation.

Are Mazdas Cheaply Made?

Lately, Mazda has been dominating numerous “best of” lists, for example, in 2021 it took top spot as Consumer Reports’ car brand that makes the best vehicles; so this would suggest that they are not cheaply made.

Older Mazda models did suffer from complaints ranging from rusting, to the convertible roof, to thin paintwork, but in recent years the number of complaints has fallen significantly.

New Mazdas are a prime example of something being cheap to buy without being cheaply made.

Is Mazda a Cheap Car Brand?

Mazda is a cheap car brand when compared against the likes of BMW and Mercedes, but it isn’t necessarily cheap in relation to other mainstream brands.

This is partly to do with Mazda reinventing itself as more of a premium brand to target a different type of consumer and distinguish itself from the larger car manufacturers who have more resources and more of the market share.

However, you can usually find used Mazdas cheaper than those of rivals such as Honda and Toyota.

Do Mazdas Have a Lot of Problems?

The Mazda 3, the Mazda 6 and the Mazda CX-5 all featured in Consumer Reports’ recent list of the most reliable three-year-old cars, which indicates that Mazda makes reliable cars that don’t suffer from a lot of problems, even when they’re used.

This is true of the more recent models of Mazda vehicles, but in the past they did have a reputation for problems with rusting.

However, the company made huge strides towards fixing this problem by improving their cars’ rustproofing from around 2010 onwards, and since then it seems as though Mazda’s reputation has been on the rise among those in the know.

So much so that at the end of 2020 Mazda ranked number one in a list of the manufacturers who make the most reliable new cars.

Are Mazdas Worth It?

While maybe not being a mainstream car brand, recently Mazda has quietly been building a solid reputation that suggests that they are indeed worth it.

Consumer Reports also listed several Mazda SUV models as superior alternatives to the better-known, popular choices from brands such as Nissan and Ford.

Yet they are not just popular with informed professionals: internet forums are littered with comments wondering why Mazdas aren’t as widespread or desired as other, bigger brands, since they excel in drivability and reliability.

All in all, perhaps the question of whether Mazdas are worth it depends on what you are looking for in a car.

If you want a car that is comfortable, exciting, and fun to drive for a modest price, then Mazda is definitely worth a look.

Why Are Used Mazdas So Cheap?

Used Mazdas are so cheap because the Mazda brand doesn’t enjoy the same widespread recognition as other Japanese manufacturers like Toyota and Honda.

In a lot of people’s minds, the name Toyota, for example, is synonymous with reliability, and as a result they are willing to pay more for a used car.

In Mazda’s case, if a buyer isn’t aware of the brand’s quality, it’s likely that they won’t be as prepared to spend extra since they don’t know if it will be worth the money in the long run.

Are Mazdas Cheap To Fix?

Mazdas are the cheapest brand to fix, according to a study of average engine-related repair costs that used data from over five million vehicles.

The company also came second in a separate report into brands with the lowest repair costs.

In addition, Mazdas have a low cost of ownership, with the brand ranking 24th out of 30 in a list of the most expensive cars to maintain.

These impressive results cement Mazda’s position as one of the cheapest car brands to both fix and own.

Mazda’s cars are cheaper because the brand doesn’t command the spotlight as often as many of its larger competitors and therefore doesn’t enjoy as many of the advantages afforded by having a prestigious reputation.

However, this also means that Mazda are able to keep costs low because you aren’t paying extra simply for the brand’s name.

Mazda are not cheaper simply because they cut costs at every corner; in fact, they are some of the most reliable cars out there, as well as being extremely fun to drive.

For driving enthusiasts who don’t want or aren’t able to fork out big bucks for a famously high-performing brand like BMW, it is certainly worth considering a Mazda.

The same can be said for those who enjoy driving but also look for safety and reliability at an affordable cost.

This little brand punches above its weight across the board, but if you think a Mazda might be for you, act fast – as its reputation grows, there is a chance that the price tag will, too.