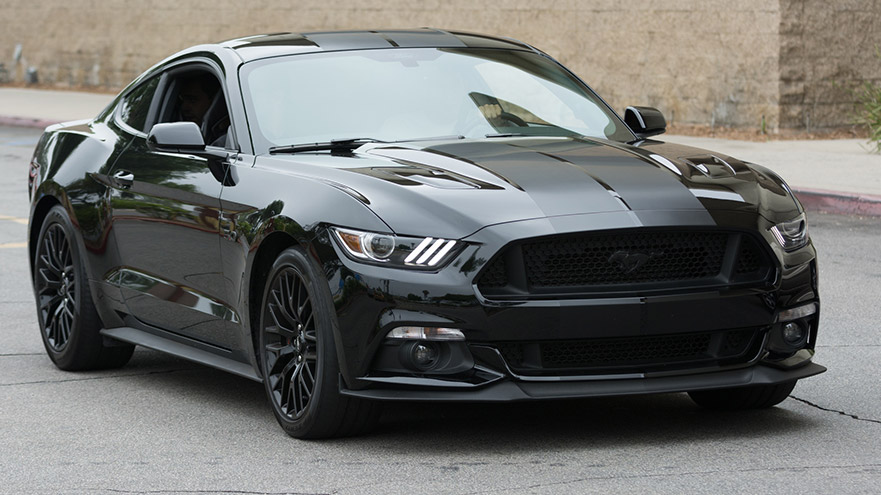 The Ford Mustang is one of the most iconic cars in the world, a cornerstone of Ford since it was first released in 1965.

Even though the Mustang is so popular, used models are often found at a low price. You might’ve even come across a deal that seems almost too good to be true.

So why are Ford Mustangs so cheap?

Used Ford Mustangs are so cheap because there are just so many of them out there. Since 1965, almost 10 million of them have been sold. With that many of them on the road, there will always be a good used market with some incredible deals.

If you’re considering buying a used Mustang, continue reading to see if it’s worth it and how it has changed over the years.

Why Are Old Mustangs So Cheap?

You can get your hands on an old, used Ford Mustang for a good price because there are just so many of them out there.

As the only pony car to be continuously sold since the 1960s, there is a surplus of Mustangs on the road.

This means that owners of older generations can upgrade to a newer model without having to break the bank, meaning there will always be used Mustangs for sale at a decent price.

To get a better idea of how much Mustangs cost, let’s break it down by generation (costs provided by CarGurus):

Don’t get caught up in the high prices for the first generation, they’re heavily skewed with models like the Boss 429.

But as you can see, you can likely get out there and find a great deal on a Mustang from 1979 through 2014.

Base model Mustangs from these years regularly go for just a few thousand bucks at the most just due to the sheer number of them that are for sale.

Do Mustangs Have A Lot Of Problems?

Overall, Ford Mustangs do not have a lot of problems, no matter which year or model you get.

There are a couple of things here and there, but nothing about the Mustang is a recurring problem year after year.

The biggest issue that you’ll have with the Mustang is drivability during the winter if it gets snowy or icy.

This problem is not Mustang-specific, as all sporty rear-wheel drive cars will have trouble in the winter, but it is something to keep your mind on.

According to RepairPal, the most common issue that Mustangs regularly have is just a squeaking or popping noise during turning because of worn out tie rods. Thankfully, that’s an easy fix!

How Fast Do Mustangs Depreciate?

As you can see in the table below, the Ford Mustang depreciates at roughly the same rate as other comparable cars, with just about a 41% loss in value after about 5 years.

Due to these results — with all three comparable vehicles having similar depreciation rates — it shouldn’t be a deciding factor if you’re looking into getting one of the three.

Five years from now, they’ll all experience around a 40% drop in value.

Is A Mustang A Reliable Car?

The Ford Mustang receives fairly average scores for reliability over the years, with some generations of the Mustang (and even some years), scoring better than other models.

Of the data available from Consumer Reports, the first rendition of the fifth generation (2005-2010) of the Mustang scored the best with an average score of 4.4/5.

As a general rule of the thumb with the Mustang — as well as many other cars — try to stay away from the first year of a new generation.

That’s usually when all the issues still need to be ironed out and they’re at their worst.

What Year Mustang Is The Most Reliable?

With over 55 years of production with the Mustang, we’ve decided to just take a look at the reliability over the past decade.

As you can see in the table below, only one year scored top marks according to data from Consumer Reports — 2019.

All the other years scored somewhere between 1/5 and 4/5, with a drop off coinciding with the new generation of Mustang that was released in 2015.

It looked like Ford fixed the issues with the new Mustang with the 2017 model year, going from 1/5 up to 4/5 when compared to the previous two years.

But then the Mustang underwent another redesign with a slight facelift, and 2018 dropped back down to 1/5.

2020 data hasn’t been released yet, but it looks like the Mustang has been figured out, with the newest model scoring top marks.

How Long Do Mustangs Last?

If a Mustang is properly maintained and not driven hard every time that it’s used, you can expect them to last around 150,000 to 200,000 miles or more.

Almost every forum post around will have owners touting their Mustang has over 100,000 miles with no issues whatsoever, and many that have gotten over 150,000 miles out of theirs.

For example, a few Mustang owners on this thread discuss their high-mileage Mustangs, with one saying that he sold it with over 203,000 miles without ever having any major issues.

Like any other car, your Mustang will last much longer the better that it’s maintained.

You want to keep up with regular oil changes while also following Ford’s recommended maintenance schedule.

Are Mustangs Cheap To Maintain?

The Ford Mustang is a pretty average vehicle in many senses, and the cost to maintain it is no exception.

This has gone down just a bit since that generation of the Mustang was released in 2015, which typically costs around $766 per year to maintain.

Thankfully, this is a relatively affordable repair with an average cost of around $475 to get a new one installed.

Taking a step back to the previous generation, the average annual repair costs for a 2011 Mustang is only about $659.

But unfortunately, these older models have a more expensive issue that’s most common — a Powertrain Control Module replacement that runs about $830.

Are Mustangs Worth It?

If you’re looking for a sporty car to drive around town, the Ford Mustang is always going to buy a solid option.

With all the different years, models, and trims available, there’s a Mustang out there for everyone, but just be sure that you do the proper research before buying one.

Overall, the Mustang scores average to above-average in reliability according to Consumer Reports, with the majority of customers being happy with them.

We suggest staying away from the first year following a new generation or facelift (i.e. 2015 or 2018), because Ford is still trying to figure a few things out and the following years will be more reliable.

There is little risk to buying a usedMustang since they’re so affordable and there will always be a resale market.

The vast majority of their depreciation occurs in the first five years, so if you buy one that’s at least five years old, you won’t lose much more value over time.