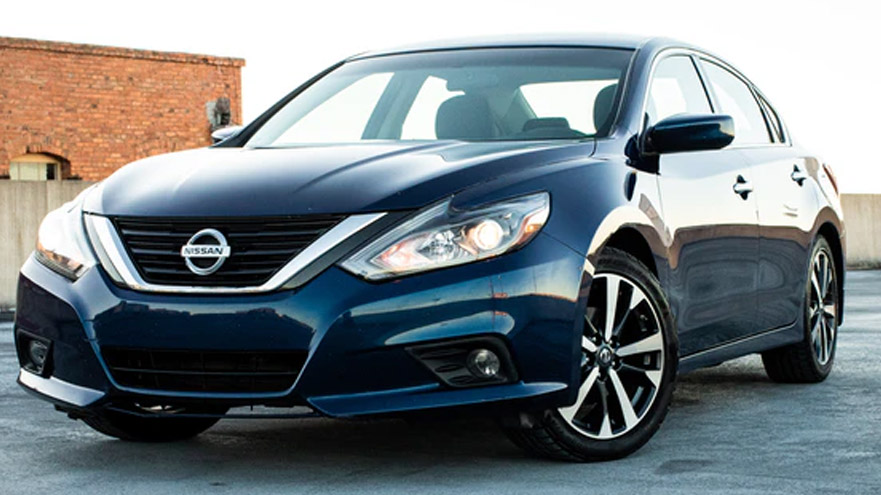 If you’ve been looking at buying a new or used Nissan Altima, you might be wondering why they are so cheap compared to other cars.

So, why are Nissan Altimas so cheap?

Nissan Altimas are so cheap because they are used as fleet cars, meaning they build more, lowering the cost of materials. Furthermore, Nissan Altimas depreciate by over 50% after 5 years of ownership, making used models inexpensive.

Read on to find out if the Nissan Altima is worth buying when compared to similar models.

Why Are Used Nissan Altimas So Cheap?

Let’s take a look at a couple of reasons why Nissan Altimas are so cheap.

1. Nissan Build A Lot Of Them

A third of Nissan Altimas are sold directly to rental companies as fleet vehicles.

Once the rental company upgrades to a newer model, they sell the used model and it ends up on the second-hand market.

Because there are so many available to buy used, the price naturally goes down because the supply outstrips the demand.

Nissan Altimas depreciate rapidly once they have been driven out of the showroom.

According to Car Edge, the Altima will depreciate 53% after 5 years.

Compared to the average depreciation rate of 60% after 5 years, that doesn’t seem too bad.

However, when you compare the Altima to other cars in its class, you can see that it depreciates a lot quicker.

The Toyota Camry (46%) and the Honda Accord (42%) both depreciate at a slower rate than the Altima.

The reason that the Altima depreciates quickly is due to mixed reliability ratings and an abundant supply of them on the second-hand market.

3. Altimas have a history of reliability Issues

From 2009 to 2013, the Nissan Altima received very poor reliability scores.

The 2013 model in particular is considered the least desirable model with a 3.5 out 5-star rating.

Due to this, the Altima brand lost a lot of credibility among used car buyers.

Although Nissan has since managed to improve the Altima’s reliability, cars like the Honda Accord and Toyota Camry are still viewed as more desirable in terms of reliability.

Related Article: Why Are Nissan Sentras So Cheap? (4 Reasons)

Nissan Altimas are built more cheaply than car brands in similar categories. When compared to Toyotas, the quality of materials is inferior. Nevertheless, Nissan has been addressing this problem, and the more recent models from 2017 onwards have been made to a higher standard.

How Cheap Are Used Nissan Altimas Compared To Similar Cars?

Used Nissan Altimas are cheaper on average after 5 years than similar cars from different brands.

While they all have comparable depreciation rates, a used Nissan Altima is almost $3,000 cheaper than its most affordable rival, the Toyota Camry.

Why Are There So Many Used Nissan Altimas?

There are so many used Nissan Altimas primarily because they sell a third of all Altimas to car rental companies.

Car rental companies will only use the car for a few years before they sell it and get newer models, which means a lot of Altimas end up in the second-hand market.

Is Nissan Altima A Reliable Car?

Yes, newer models of the Nissan Altima are reliable.

However, some years are better than others, and not every model is made equal.

It’s important that you do your research and pick one of the more reliable years.

Related Article: Why Are Nissan Versas So Cheap? (3 Reasons Explained)

Which Year Nissan Altima Is Best?

The 2020 Nissan Altima is the best year receiving 4.8 stars out of 5, according to edmunds.com. There are three other outstanding years:

The 2013 model was recalled due to a Transmission Control Module failure causing transmission slippage.

Furthermore, it received 3.5 stars out of 5, making it one of the lowest-rated Nissan Altima models.

Additionally, the 2013 model had significant issues with its air conditioning and door lock mechanism causing the Altima brand to lose credibility.

How Long Do Nissan Altimas Last?

Like most Nissans, a well-maintained and regularly serviced Nissan Altima will last 200,000 miles or more.

If you drive the national average of 13,500 miles each year, an Altima should last at least 15 years or more.

A well-maintained Nissan Altima engine can keep on driving past 200,000 miles or more than 10 years.

To make your Altima engine last longer, you should adhere to the following:

What Is Bad About Nissan Altima?

The Nissan Altima is generally considered a reliable and comfortable car, with some notable exceptions.

The quality of the materials is not high-quality, and certain years are prone to specific engine and transmission problems.

Some of the more common problems reported by owners include:

Is Nissan Altima A Good Used Car To Buy?

Although the Nissan Altima might look like a good used car to buy because of the low price, you need to think carefully before buying one.

The reason they are priced low is that they depreciate quickly due to reliability issues and the fact that there are a huge number of them in the second-hand market.

Therefore, you might struggle to get a good price for it if you were to sell it one day.

That said, if you’re buying an Altima at an excellent price and plan on keeping it, the cost savings may well be worth it.

Do Nissan Altimas Hold Their Value?

Nissan Altimas have a depreciation rate of 53% over 5 years. While this might seem excessive, it compares well with other brands.

Are Nissan Altimas Cheap To Maintain?

Nissan Altimas are cheap to maintain at an average cost of $483 per year, which is considerably less than the average of $651 for all cars.

However, when compared to other cars in the same category, the Altima is slightly more expensive.

The Honda Accord ( $400 per year ) and the Toyota Camry ( $388 per year ) both cost less to maintain each year than the Nissan Altima.

What Is Good Mileage For A Used Nissan Altima?

It is not unusual to see used Nissan Altimas with up to 200,000 miles on the clock.

As long as you stay away from the 2009 and 2013 models and find one with a comprehensive maintenance record, you will find that a used Altima will be in great shape, whatever the mileage.