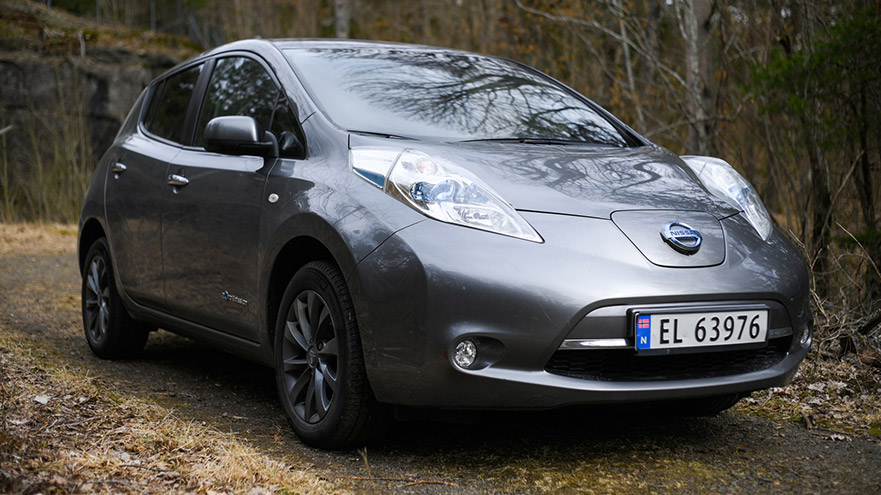 The Nissan Leaf is known for its comfortable and fun ride, reassuring safety features, and excellent environmental credentials.

If you’ve been looking at buying a used Nissan Leaf, you might be concerned about why they seem to cost so much less than similar electric cars.

So, why are Nissan Leafs so cheap?

Used Nissan Leafs are so cheap due to a poor battery design and outdated technology that can’t compete with newer EVs. What’s more, Nissan Leafs depreciate by as much as 70% after just 5 years of owning them.

Keep reading to find out whether buying a used Nissan Leaf is worth it, and how it compares to other cars in its class.

Why Are Used Nissan Leafs So Cheap?

Let’s take a look at some of the key reasons why used Nissan Leafs are so cheap.

The typical battery range on a Nissan Leaf built before 2017 is between 70 and 100 miles on a full charge.

What’s more, these batteries may only last an average of 8 to 10 years.

Given the extraordinarily high cost of replacing a Nissan Leaf battery, the car depreciates quickly.

But because Nissan didn’t implement a battery temperature management system into the Leaf, the Leaf’s battery has no protection against environmental changes.

So when the temperature outside gets hot or cold, the battery in the Leaf has nothing to keep it from getting affected by extreme changes.

As such, it’s going to lose its ability to function properly in the long run.

The original Nissan Leaf from 2012 had a limited range of just 82 miles.

After only 5 years, this dropped by 20%. Another reason for this is the smaller size of the battery that Nissan went with.

Combined with its lack of thermal management, the range continues to degrade as time goes on.

Given that some used Leafs cost less than that, you need to take this potential liability into consideration.

When an EV hits the market, it’s going to appear to have good performance because it’s using the latest technology.

However, EV technology is still new and improving very quickly.

Every year, new EVs come out, and the technology used in previous models looks very outdated.

Such is the case with the Nissan Leaf.

Even prior to 2017, the Leaf delivered a relatively poor range, delivering between 70 and 100 miles.

Furthermore, the design of older Leaves is rather boring and outdated, thus causing it to depreciate faster than newer models.

The Nissan Leaf depreciates quickly due to the older models having a denigrating battery with a limited range.

With time, the battery becomes less reliable and eventually needs to be replaced.

Do Nissan Leafs Depreciate Faster Than Other Electric Vehicles?

As you can see, the Nissan Leaf depreciates faster than other EVs in its class, with a 50% value loss after only 5 years.

The Toyota RAV4 Prime has a 30% depreciation rate, while the Chevy Bolt is 20%.

Due to the heavy depreciation, I would always advise against buying a new Nissan Leaf.

However, second-hand Leafs still provide good value if you’re planning to use them for short trips around the city and you live in a moderate climate.

Some years are more reliable than others, so it all comes down to which model you invest in.

While battery depreciation is going to be a concern, you can count on newer Leafs to be more reliable than previous models, as seen below.

What Year Nissan Leaf Is The Best?

Although 2020 data wasn’t available, Consumer Reports shows the 2019 Nissan Leaf to have the best reliability rating with a 5 out of 5.

If you’re going to buy used, 2019 and newer are definitely the best models to go with.

Are Nissan Leafs Expensive To Maintain?

The battery issue and its high replacement cost keep the maintenance unreasonably higher than it should be.

Not counting the battery, the average annual maintenance on a 2019 Leaf is $748.

Compare that to the 2016 model, whose annual repair costs are significantly higher at $998.

It largely depends on the year of the Leaf as to whether you might spend a lot on repairs.

For instance, the 2018 Leaf has a significant AC compressor issue that could require a complete replacement. The cost to do so is around $1,450.

Nissan Leafs from 2019 isn’t as problematic, with the most common repair issue being an air conditioning refrigerant line replacement for about $950.

Is A Used Nissan Leaf Worth It?

Other than the potential battery degradation, there is actually very little risk involved with buying a used Leaf.

With that said, you want to make sure that you do your homework.

Start by taking a picture of the dash so you can see how many battery bars are left.

Then, buy the LeafSpy app, as it will tell you the status of the battery, such as its State of Health percentage (SoH%).

As long as the Leaf has a 24kW/hr or 30kW/hr battery and has around 11 bars, you shouldn’t have to worry about it being affected by cold temperatures.

On average, the Nissan Leaf is a reliable EV if you invest in the right year.

Based on our information above, 2019 and 2017 Nissan Leafs are more reliable than others.

You should also actively avoid the 2011 and 2012 models, as they don’t have a heat pump and their batteries depreciate faster than others.

What’s more, these models come with a 3.3kW charger, which is significantly slower than other models.

Try to go with upper trim models to ensure that you get a heat pump and look to see if it has an L3 CHAdeMO charging port.

In doing so, you can look forward to the best performance from your Nissan Leaf investment.