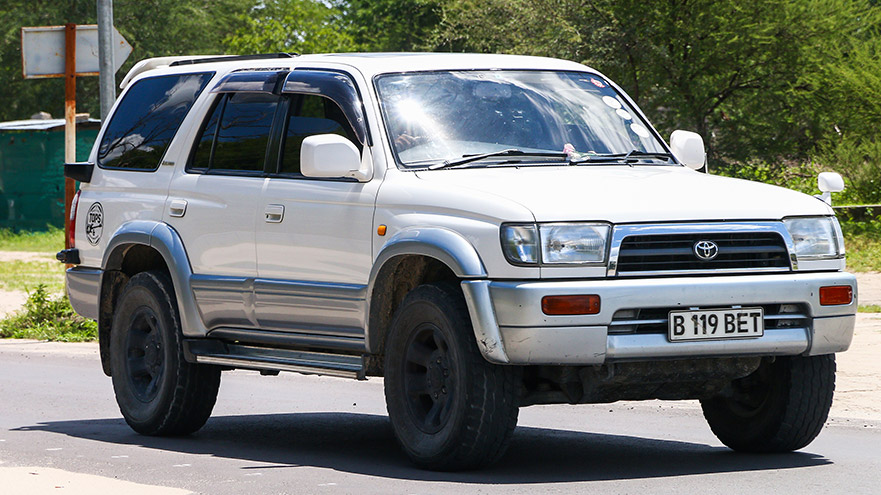 The Toyota 4Runner is an iconic off-road SUV with impressive off-road chops.

If you’re considering buying a new or used 4Runner, you might be wondering why they have such a high price tag.

Read on for a full list of reasons why the 4Runner is so expensive and if it’s worth the money.

4 Reasons Why Toyota 4Runners Are So Expensive

Let’s take a closer look at why Toyota 4Runners are so expensive.

If you browse through some 4Runner forums, you can find plenty of 4Runners that have reached 400k miles and are still going strong with very few issues to report.

This reputation for being a long-lasting vehicle means that Toyota can price the 4Runner higher, and know that people will still be willing to pay it.

2. They Hold Their Value

4Runner is one of the best vehicles ever made for holding on to its value.

CarEdge report that the average 4Runner will lose 35% of its value after 5 years.

That might sound like a lot, but it actually makes the 4Runner one of the top 10 best cars (of any class) for holding its value.

This excellent resale value gives buyers the confidence to get them new, which increases demand and drives up the sticker price.

The high resale value also means that used 4Runners are expensive because they lose relatively little of their value compared to other vehicles.

CarandDriver report that the 4Runner was one of the 25 most popular vehicles sold in 2020.

This demand gives Toyota a license to steadily increase its prices.

Most new 4Runner owners will hold onto their vehicles for many years, which means that there are fewer of them than the second-hand market would like.

This demand that outstrips the supply naturally pushes used 4Runner prices up.

4. They Cost Relatively Little To Maintain

It’s a well-known fact that cars with high maintenance costs lose a lot of their value when they hit the second-hand market.

That’s not the case with the Toyota 4Runner, which is one of the cheapest SUVs to maintain.

RepairPal reports that the 4Runner will cost on average $514 on maintenance each year.

The 4Runner also has a strong aftermarket, so if you’re in need of cheap parts, you can usually find them pretty easily.

That said, even though 4Runners are cheap to maintain, they get pretty average gas mileage, which can make running them slightly more expensive.

Is A 4Runner Worth The Money?

The Toyota 4Runner is definitely worth the money, as long as you can afford it.

Most 4Runner owners believe they made a wise choice when they bought their 4runner, and quote their reliability and the ridiculously high mileages that they achieve as key factors,

Add to that the fact that the 4Runner holds its value better than most SUVs, and the initial purchase cost might not seem so expensive.

Just make sure that you avoid some of the more problematic years if you are buying a used 4Runner.

Keep in mind that you will always get better value for money when you buy a used 4Runner over a new one.

Is The Toyota 4Runner Overpriced?

If you are buying new, the 4Runner is actually pretty similarly priced to most SUVs.

You also have to keep in mind that the 4Runner will hold its value better when the time comes to sell, so you’ll probably make back this extra cost down the line.

If you’re trying to buy a used 4Runner, the second-hand market is generally good value.

However, at the time of writing this article, I would say that the prices of used 4Runners are definitely inflated due to supply chain shortages caused by covid-19. This should resolve itself in the coming months, so it might be worth waiting until prices are back to normal.

That said, used 4Runners are generally good value, as you’re buying a reliable, long-lasting off-road SUV with a strong aftermarket for cheap parts.

If the 4Runner is too much for your budget, we put together a list of some excellent alternatives to the 4Runner.

Why Are Used Toyota 4 Runners So Expensive?

Used Toyota 4Runners are so expensive because they have built up a strong reputation as an off-road vehicle that is reliable, lasts a long time, and requires very little maintenance.

These desirable qualities increase the 4 Runners’ popularity and create a strong demand for them.

This demand is reflected in the 4Runners’ excellent resale value.

When you consider the cost of a new 4 Runner to buy, the fact that they hold their value so well, and that they are popular, it’s no wonder used 4 Runners are so expensive.

Why Are 4Runners More Expensive Than Tacomas?

Many people find it strange that the 4Runner is more expensive than the Tacoma because, on the face of it, the Tacoma seems like the more practical vehicle. It can tow more, has better fuel economy, and has better off-road credentials.

The main reason why you pay more for a 4Runner than you do for a Tacoma is that they have more interior space. The base 4Runner has a 4-door cab, while the base Tacoma has a two-door cab. Two-door cabs cost considerably less to manufacture than 4 door cabs. However, If you compare a 4-door Tacoma to a 4-door 4 Runner, the price is a lot closer.

Why Are 4 Runners More Expensive Than Highlanders?

The base model 4Runner is only marginally more expensive than the equivalent Highlander,

However, 4Runners are slightly more expensive than Highlanders because they are built with a more robust truck base as opposed to the car base that the Highlander is built on. This gives them much better off-road capabilities. 4Runners also tend to depreciate at a slower rate than Highlanders, which is why used 4Runners might seem a bit more pricey.

That said, the Highlander enjoys significantly better mpg than the 4Runner, which is important to take into consideration when comparing the cost of these two models.

Final Thoughts – Why Are 4Runners So Expensive?

New 4Runners are so expensive because Toyota knows that people are willing to pay that price for a reliable, long-lasting SUV with excellent off-road capabilities.

Used 4Runners are so expensive because buying a new 4Runner is expensive and they do an excellent job of holding onto their value.

The demand for 4Runners is also exceptionally high, and there is not enough supply on the second-hand market to meet the demand. This pushes prices up.