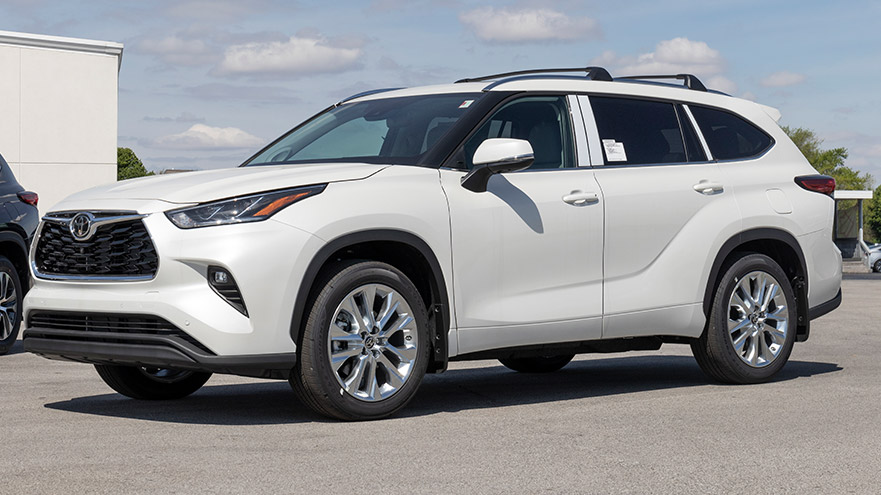 The Toyota Highlander is a well-rounded family SUV that offers plenty of comfort, practicality, and style.

However, If you’ve been thinking about buying a new or used Highlander, you might be shocked by how much they cost. So what makes them so expensive?

Toyota Highlanders are so expensive because they hold their value extremely well, have legendary reliability, cost little to maintain, and have an excellent safety record. These sought-after features mean the Highlander is incredibly popular. It’s this demand that is reflected in the price tag.

Read on for a full list of reasons why the Toyota Highlander is so cheap, and if it’s worth the lofty price tag.

5 Reasons Why Toyota Highlanders Are So Expensive:

Let’s dive a little deeper into the reasons Highlanders are so expensive.

1. They Hold Their Value

Both new and used Toyota Highlanders are expensive because they hold their value so well.

Toyota Highlanders are very reliable SUVs and regularly rank amongst the most reliable SUVs in the world. RepairPal.com gives the Highlander an impressive 4/5 stars for reliability, which ranks it 7th out of 26 midsize SUVs. This awesome reliability is a key reason why Highlanders hold their value so well, and why the demand for them is high.

3. They Cost Relatively Little To Maintain

However, that’s not the case with the Toyota Highlander.

According to RepairPal, the Highlander costs $489 on average to maintain each year. That’s well below the average of $573 for all midsize SUVs, and far lower than the average for all vehicles ($652)

It’s well known that potential future repair costs are factored into the sale of a high mileage vehicle (we’re looking at you BMW) so naturally, when a car has low maintenance costs, it retains its value better because people know they won’t have to spend as much on maintenance.

The Toyota Highlander is consistently awarded the top safety pick by the Insurance Institute for Highway Safety (IIHS) which conducts crash tests to determine the safety of a vehicle. Safety is a top priority for most SUV buyers, and the Highlanders’ safety record is only going to add to the demand for the vehicle.

Toyota has built a reputation over many years for producing ultra-reliable cars. They have a favorable reputation that most other car brands (minus Honda) do not. This brand reputation allows them to apply what many people call the “Toyota Tax”, which is basically a premium of about 20-30% that Toyota is able to add to their cars simply because people are willing to pay it.

Is The Toyota Highlander Overpriced?

It’s fair to say that Toyota knows they have a winner in the Highlander. It’s well regarded and in high demand, so they can set the price high and know people will still pay it.

However, if you compare the Highlander to similar SUVs, it’s definitely a little overpriced.

The base model is a good $3-4k more expensive than its nearest counterpart.

If you’re considering buying a Toyota Highlander and are concerned about it being overpriced, then I would recommend buying a 2-3-year-old model. You’ll save yourself up to 20-30% on the retail value and still have a reliable vehicle that will last you for many years.

Is The Toyota Highlander Worth The Money?

Highlanders are regularly rated as one of the best midsize SUVs you can buy. They have excellent reliability and safety ratings, as well as low maintenance costs. So their quality shouldn’t be in doubt. That said, the non-hybrid models have pretty poor gas mileage, so I would only say the Hybrid options are worth the cost.

Keep in mind that you’ll always get better value buying a 2-3-year-old Highlander., as the ‘new SUV premium’ will have been wiped off during that time and you’ll be left with a very reliable car with relatively low mileage. If you’re considering buying an older Highlander, make sure that you avoid the Highlander years with most problems.

Why Are Used Toyota Highlanders So Expensive?

Used Toyota Highlanders are so expensive simply because they cost a lot to buy new ($35-45k) and they hold their value exceptionally well. They are one of the slowest depreciating vehicles on the market.

Highlanders are well known for their reliability and dependability. The fact that they will last a long time with little maintenance is reflected in the second-hand market.

Add to that the fact that Highlanders are in demand. According to Kelly Blue Book, the Toyota Highlander was the 4th most popular SUV sold in 2021. This high demand is only going to drive up the cost of used Highlanders.

Are Toyota Highlanders Expensive To Insure?

Toyota Highlanders cost marginally more to insure than similar mid-size SUVs. The Highlander will cost an average of $1,514 to insure every year (or $126 per month ) while the average midsize SUV costs $1,475 per year (or $122 per month )

The increased insurance cost can simply be attributed to the fact that the Highlander is generally more expensive than other midsize SUVs, so naturally has a higher insurance cost.

Final Thoughts – Why Do Highlanders Cost So Much?

In Summary, the Toyota Highlander has a high cost because it is a very popular SUV with high-reliability ratings, good safety features, and a high resale value.

Toyota has steadily been increasing its prices over the years as it gains a good reputation for reliable and long-lasting cars.

Buying a new Highlander is a little overpriced, so we recommend opting for a 2-3-year-old model to get the best value for money.