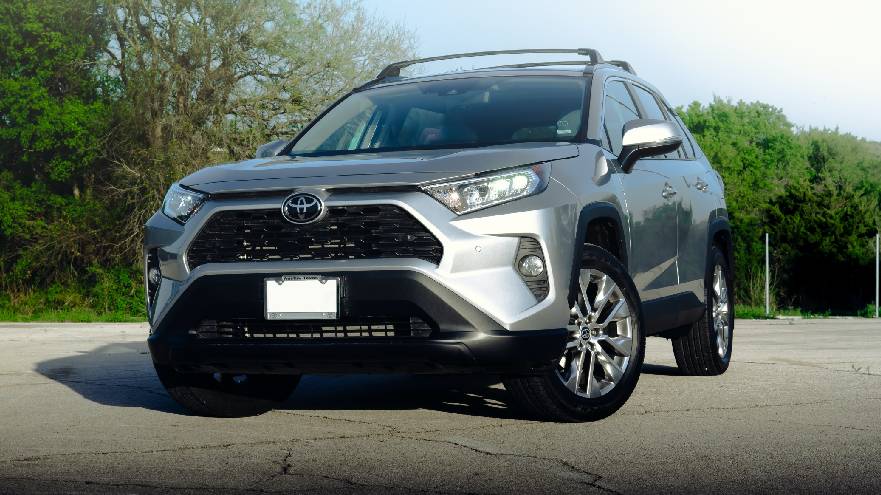 The Toyota RAV4 is the most popular car in America, known for its excellent fuel economy, long-lasting durability, and copious amounts of cargo room.

However, If you’ve been looking at buying a RAV4, you might be wondering why they cost so darn much.

Toyota RAV4s are so expensive because they are well built, have an excellent reputation for reliability, and hold their value well. All these factors mean they are in high demand, which naturally pushes prices up. Global supply chain issues are also contributing to higher RAV4 prices.

Continue reading for a full list of reasons why RAV4s are so expensive, as well as why used RAv4s are sometimes more expensive than new ones.

Here’s Why Toyota RAV4s Are So Expensive

Let’s take a look at some of the main reasons why Toyota RAV4s are so expensive.

The RAV4 has been produced since 1994, so it is an established car. It is particularly well-known for its reliability. From 2012 to 2018, it received the highest score and a perfect five from Consumer Reports. Because the RAV4 has been such a high-quality SUV for many years, Toyota can set a high price for both new and used cars.

During the Coronavirus crisis, almost all car manufacturers had material shortages that slowed production. The situation hasn’t improved much and is now made worse by the war in Ukraine. In fact, Toyota’s production is down by about 100,000 cars per month due to semiconductor shortages.

The models that are most affected are the Corolla and the RAV4. Because there aren’t enough cars available for all the potential buyers, dealerships are charging more for the RAV4 than they otherwise would.

This also affects used models, which have become more popular because new cars are no longer as readily available.

3. They Hold Their Value

Unlike other cars in its class, the RAV4 depreciates very slowly. According to CardEdge, a well-maintained model with a mileage of 12,000 is still worth 87% of the original price after one year. After five years and a mileage of 60,000, 70% of the car’s value remains.

This is very unusual because the average car is only worth 50% or less of its original price after five years. Because the RAV4 is so slow to depreciate, you can’t find many cheap used options on the market.

4. They Last A Long Time

Even if you buy your car new and it has a mileage of 100,000, you can still expect to get 7-12 years out of it. Because drivers know that they won’t have to replace their RAV4 for a long time, they are willing to pay a higher price for it.

Why Are Used Toyota RAV4s So Expensive?

First, they’re extremely reliable cars. RAV4s have consistently ranked near the top of reliability surveys, and they hold their value better than most other vehicles on the market.

This means that a used RAV4 is likely to still be running strong long after other cars have begun to experience serious problems. Second, RAV4s are in high demand.

Thanks to their excellent reputation, used RAV4s are often snapped up quickly by buyers who are willing to pay top dollar for a reliable car.

Why Are Used RAV4s Sometimes More Expensive than New Ones?

Lightly used RAVs can sometimes be as much as $2-3k over MSRP. There are two main reasons for this.

Firstly, when buying a new RAV4, you can often get dealership discounts, for example, by negotiating, making use of factory incentives, or paying in cash. This can reduce the cost of a new RAV4 pretty significantly.

The second is supply and demand. The RAV4 has always been a popular vehicle, meaning that there is high demand for both new and used models. Waiting times for a RAV4 are normally around 3 months, but with the global chip shortage crisis created by the Covid19 pandemic, people are often waiting up to 9 months.

Because of this, many people end up being pushed into the second-hand market., which increases demand. Used vehicle retailers such as Carmax and Carvana are desperate to get hold of used RAV4s to meet the extra demand, and often get into bidding wars at dealership auctions, paying much more than the car is worth.

Although global production issues seem to be improving, it’s currently not good value to buy a 2-3-year-old RAV4 in the current market.

Toyota’s RAV4 is one of the most popular SUVs on the market, but some critics argue that it’s a little overpriced.

Starting at just under $25,000, the RAV4 is certainly not the cheapest SUV available.

However, it does offer a wide range of features that justify its price tag. For starters, the RAV4 comes standard with Toyota’s Safety Sense package, which includes adaptive cruise control, lane departure warning, and automatic high beams.

It also has a spacious interior with plenty of cargo space, and its fuel economy is pretty impressive for an SUV.

When compared to other SUVs in its class, the RAV4 is actually very competitively priced. You also have to take into consideration the fact that RAV4s retain their value better than other SUVs, so you are likely to get more of your investment back when the time comes to sell.

All in all, while the RAV4 may not be the cheapest option on the market, its features and performance make it well worth its price tag.

Is The Toyota RAV4 Worth The Money?

Although a new or used RAV4 can be expensive, it can be worth the money, especially if you value a lot of cargo space, fuel efficiency, and great safety features. The car also offers a good infotainment system, so it’s suitable for people who take long trips or those who regularly transport kids.

If you don’t need a lot of space or you don’t have a family, the RAV4 might not be worth it. It’s quite big, so someone who just wants to get around the city might be happier with a smaller, cheaper car.

Why Is The Toyota RAV4 Prime So Expensive?

The Toyota RAV4 Prime is the most expensive model in the RAV4 lineup, with a starting price of around $39,920. So what makes this vehicle so pricey? For starters, the RAV4 Prime comes standard with a host of premium features, including an 8-inch touch screen display, heated front seats, and a hands-free power liftgate.

In addition, the RAV4 Prime is powered by a 2.5-liter hybrid engine that produces 302 horsepower. This makes it the most powerful RAV4 model on the market.

Finally, the RAV4 Prime comes with an all-wheel drive system that can send up to 80% of its power to the rear wheels. This is ideal for those who live in areas with snow and ice.

All in all, the RAV4 Prime is a well-equipped and powerful vehicle that commands a high price tag.

However, keep in mind that although you pay more for a Prime than for the standard RAV4, the hybrid car might not actually cost you much more because you can currently get an EV tax credit of $7,500. And although the upfront investment will be greater, you’ll pay much less for gas with a hybrid car.

Why Is The RAV4 More Expensive Than The Honda CR-V?

The Honda CR-V and Toyota RAV4 are highly rated compact SUVs However, there are a few key reasons why the RAV4 is often more expensive than the CR-V.

Firstly, the RAV4 has a more powerful engine, giving it better acceleration and towing capacity.

Second, the RAV4 comes standard with some features that are optional on the CR-V, such as LED headlights and automatic emergency braking.

Finally, the RAV4 has a longer warranty than the CR-V, providing peace of mind for drivers who want extra protection for their vehicles. While the CR-V may have a lower starting price, the RAV4’s superior performance and additional features make it worth the extra investment for many buyers.

Ultimately, there are several reasons why the Toyota RAV4 is expensive.

First, it is a popular vehicle and has been a best-seller for many years. This popularity means that there is high demand for the RAV4, which drives up the price.

Second, the RAV4 is a well-made vehicle that is built to last. This quality construction comes at a higher cost, but it is worth it for many drivers.

Third, the RAV4 comes with a lot of standard features that are not always found on other vehicles in its class. These features add to the cost of the RAV4 but also make it a more appealing option for many buyers.

Ultimately, the Toyota RAV4 is expensive because it is in high demand, well-made, and comes with many desirable features. However, many drivers feel that the cost is worth it for the safety, reliability, and overall quality of this popular SUV.